By Jatin Garg
LEARN Legal Research and Writing Via this Online Certificate Course by LLS [Oct 5 – Nov 30]: Register by Oct 5

Home » Blogs, News, Advice » ‘You Know Nothing, Jon Snow!’ What a Law Student is Told by the Real World

‘You Know Nothing, Jon Snow!’ What a Law Student is Told by the Real World

He was poring over a bulky brief when I entered his chamber. A few minutes passed before his bespectacled eyes noticed my presence. Before I could open my mouth to ask for work, he bellowed, “Have you ever drafted a deed of sale?”

The six-semesters-old-me answered in the negative.

“But I had done some work on it in my last internship”, I hastily added, not entirely untruthfully. I had indeed been allotted drafting work on the last day of my previous internship and had dutifully spent a couple of hours daydreaming over it.

Still, my past experience counted and I was allotted a task I had little clue about the work at hand. So, I embarked on it with a fake smile and lots of bravadoes (“Yes, Sir. I will have it on your table first thing tomorrow”).

My knowledge of contracts was limited to the fact that it was formed due to a meeting of minds. In my three years of law school, I have learned several principles of contract law, memorized case laws; but I knew as much about actually drafting a contract as Tiger Shroff knows about acting. So, I called up my senior, a recently passed-out lawyer, who was working with a lawyer.

Law school leaves you ill-prepared for the real world (especially for the legal profession). In fact, post-internship, I ruminated for an entire day whether it was sort of ‘Illuminati conspiracy’ of the kahunas of Indian legal education to deliberately introduce unprepared lawyers to befool the unsuspecting public at large. It would be a novel worthy of Dan Brown. But you know. It’s India. The country where celebrity marriages and star babies make the breaking news.

The best way to combat this issue is through running internships, spanning over a couple of months, at least. However, our academia’s unhealthy obsession with “attendance” renders this impossible.

My senior conspiratorially whispered, “No lawyer will waste time in training you if he isn’t sure that you will have the time to finish the research, or be present during a particular hearing”.

I fumed about it, but conceded that there was a point. Amidst the crazy hustle and bustle of the Courts and their super busy schedules, a lawyer might not want to interrupt his work to explain a certain proviso to an intern he might never see after a week or two.

When I step into a firm or a lawyer’s chamber, it takes me more than just a couple of days to get acquainted with the associates and the staff (assuming you’re like me: average grey matter minus a renowned surname).

It takes even more time for a lawyer to notice the intern’s efforts and devote some time to mentoring them. But courtesy our three week internship periods, we are looked upon as nothing more than short term guests; a mere passerby whose only interest is to grab a certificate.

“But the work is beyond whatever I had learned in college. I feel so demotivated after working for barely an hour”, I continued to whine to my senior, as he noisily sipped tea.

I nodded in affirmative. Bhaskar Da, three batches senior to me, was working in the chamber of a prominent barrister.

“He left practise last month and is now teaching in a CLAT coaching”.

A go-getter in college, winning debates and acing the CGPA, Bhaskar Da’s fate came as a rude shock to me.

My senior read my baffled expression and added, “He tried his best to make it in the profession for over a year. But the interest kept on piling on his education loan and his parents started to to doubt the potential of his profession. In over a year, he was unable to secure even a single brief and slowly descended into depression. He started to shun us, his clothes became steadily unkempt and, in the end, his parents had to coax him into seeking professional help.”

“Couldn’t he have approached his senior?” I quizzed.

“His senior paid him a measly stipend. When things went south, he owned up to him about his dire straits. The senior apparently laughed it away, ‘But Bhaskar, you hardly know anything about law! You’ll take at least a year to unlearn the junk they teach you and learn the real law. You know, when I joined the profession I came to Court with nothing but ten rupees in my pocket’.

His senior comfortably forgot to recall that his father was a High Court judge.

Silence engulfed us as smoke blew from his cigarette (No, Warden Sir, I was not a party to the pollution).

“Imagine!” he sighed, “Imagine grilling yourself for half-a-decade for a degree that depletes your family’s savings only to be told ‘You know nothing, Jon Snow!’”.

A group of lawyers huddled in the Capital decide what should be taught to law students, and when young lawyers will approach them for work, they will pronounce that ‘They have learned nothing in law school’. It’s a scam; not on the exchequer, but a scam on the human capital of the country.

As dusk descended, I had to bid goodbye since I was due in my senior’s chamber. I saw a motley group of advocates, all barely a year or two older than me, leaving the Court after surviving another battle with the unknown, propped up by ambition, caffeine, and nicotine. 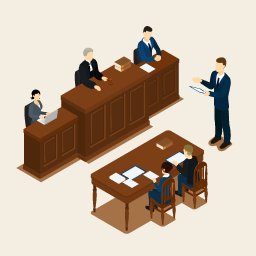