Her Forum is a platform and community for women in law. Their aim is to build a strong community to foster networking, meaningful conversations and peer-to-peer learning.

The Women in Law Series by Her Forum on Lawctopus is a series of interviews with leading female lawyers. Her Forum has interviewed several of India’s finest female lawyers on their platform, which we hope will inspire the journey of other women.

Excerpts from the interview with Ms. Luthra have been reproduced below.

Question 1: Today for lawyers in our generation, there are both men and women who inspire us but we have so many women such as you especially. When you started out, however, the situation was very different. Where did your biggest inspiration come from?

“My inspiration was my late father, he was an extremely erudite criminal lawyer and I’ve never seen anyone cross examine the way my father did his cross examination. […]

I would see him pore over his books, get literature from all over the world and pore over each day’s cross examination. […] His name would be in the evening news, virtually every day […] and I was this adoring daughter that would do cutouts of the newspaper and make a scrapbook […].

At the age of 7 I decided I had to be a lawyer […] my father couldn’t find it acceptable because there were no women lawyers. […] He said in this profession, women don’t do well. I said, “I don’t care I have to do law”.

“[My father] was essentially my inspiration. We would have wonderful debates on our dining table […], all the time we would have very interesting conversations – very political, very human rights, very intense.

My father would have lots of people over who would discuss this […] He was always defending the underdog. Great sense of admiration, great sense of fighting for justice and for human rights. So, I think that’s really my inspiration.”

Question 2: The idea and ethos of our platform and community (Her Forum) is for women to collaborate, network and have conversations – which facilitates so much growth – rather than women competing with each other.

With this in mind, we hoped to touch upon your relationship with Sr. Adv. Pinky Anand – a woman lawyer you have been working with since the beginning of your career. You both have been partners, grown together and have had illustrious careers. We wanted to ask you about how your collaboration and friendship with Senior Advocate Pinky Anand has personally and professionally helped you.

“[Pinky and I] were both together in school from kindergarten […] and then we were both in Lady Shri Ram College. We both dropped our colleges in both our subjects […] and then we went on to law faculty. In the meantime, Pinky and I were good friends and we would be fighting with each other  – on whether we should go in for law or for an MBA, I was keener on law and she was keener on business management. […]. She came back from Jamshedpur to join law and then we both decided we had to work together.”

“We practiced for a good 30 years together – it was fun. You have to do a lot of give and take to have a partner. You have to have complete probity and you have to have a complete sense of integrity – it’s built on trust. In that sense both of us trusted each other fully […]. If you have a problem, and there’s somebody you trust and you don’t think it’s competitive with that person, you can actually let your shackles down and ask them […].”

“The great sense is of collaboration and not competition, because you work together. I’m sure there must’ve been a sense of competition at some level, but there was a healthy competition.”

“There has to be a sense to excel, there has to be a sense of competition, to collaborate there has to be a sense of trust and the competition has to be healthy. So, it has been a lot of fun – this whole journey has been fun because [Pinky] has been there and we’ve had each other. […] you also take your disappointments much easier if you have someone to share it with. It’s really sharing and not getting angst feeling someone may do better. I feel that in the competitive world, I’m very happy to see now I’m part of a world, an international group […] – you’re slowly seeing this emerge after 30-40 years of practice, that women are trying to help each other, but traditionally, the few exceptional women –  people didn’t try and help each other and I think in helping each other you may help someone to do well and that itself is success.

Question 3: As lawyers you have the power to change people’s lives and I know you have done that with all the PILs and pro bono matters you take up. This is a superpower lawyers have, especially in this context to change peoples’ lives.

When in your career did you start taking up pro bono work and is it something you do on a case to case basis, or is there a certain percentage of your work that is pro bono?

“My mother was a follower of the Sivananda Ashram in Hrishikesh […]. One of the things I saw was that you have to give a certain portion of your income and earnings to charity […]. I said, I don’t even have that much, I don’t have enough to have fuel. Lawyers at our time were given a stipend of INR 300/350 – you hardly earned very much. I said, how do I give back to society?

I did two things – I started doing legal aid work for Tihar jail prisoners – particularly women and juveniles and I also joined and formed a legal aid centre for Manushi […]. But more on the Tihar jail front, whoever had trouble and couldn’t have anybody.

Then, the legal aid clinic, or Delhi legal aid centre […] at that time there were hardly any volunteers – I would go and work a lot with legal aid. So much so, that when my daughter was born I saw that 80% of my work was pro bono. […] I thought that I would restrict it slightly […] to some extent to give her a little time.

Over the years, now it has become case to case – if you think somebody needs help then you just pitch in to help that person. […] There are many interesting cases where one has tried to help. I think helping somebody get justice is its own reward – I’m so happy that my daughter, Shivani,  has the same gene. She is doing many pro bono cases […], where she feels people are wrongly accused.”

Question 4: Very often you’re dealt with a scenario where very easily cases become social media trials. There are so many opinions in the media about it. You’ve spoken of the importance of having a fair trial and how it should not become a social media trial.

How does this impact you when you’re working on a case, and what do you think is the way forward?

“This has been a major concern for me, and so I’ve spoken widely on medial trials – of course, to no effect, because the moment a person is a public figure, in India there are no holds barred, and the press tries to report them. […] One thing we as lawyers can do is, if it’s about a case that we are doing – and I’m saying there will be exceptions, it can’t be a rule – then one should try and not be opining all the time about it, because then you’re adding to the same media trial. So while it’s sub judice, its best to let others comment on it than yourself entering the field. Now, from the point of view of the accused or the victim, I think it’s extremely unfair for pre-trying the person.”

“Whatever may be the gory facts of any case, one has to have some restraint and media has to learn to self-restraint. But since one newspaper or one channel may be reporting, the other channel doesn’t want to be left behind – because this is juicy news.”

“There have been repeated pronouncements by Supreme Court. Then the other issue is gag orders – the moment there’s a gag order the lawyers are up in arms, the press is up in arms […] “how can they they stop freedom of speech or expression”. Now with social media, it’s so strong, that the US, which freedom of speech and expression must not be curtailed at all […], is thinking of bringing in parameters for the press. […] Nobody has really said anything to press […]. I think, it’s time our press did some self-restraint, otherwise well send some innocent people to the gallows, and I think that’s really very scary.”

Question 5: You have taken on a number of very tough cases that have had a lot of scrutiny. There have been cases involving sexual harassment, such as the Tarun Tejpal case and MJ Akbar case.

As lawyers we have to make decisions on taking up matters that may not align with your moral principles – but you’ve spoken widely on everyone’s right to a fair trial. How do you reconcile the two when you are faced with such a scenario and how you’ve done it in the past?

“To my mind we don’t have a good civil defamation law, in the sense that India’s tortious liability is very poor – you don’t really compensate a person properly, you take 10/20 years to compensate, by which time their reputation has been harmed.”

“So there has to be right of defense to any person, and one can’t bring your own sense of morality into it, because you yourself have to see through a trial what is right or wrong. It is only the trial and the judge that will determine whether it’s right or wrong.”

Question 6: Speaking of the courts, there has been a decline in dissenting opinions from our Supreme Court. This is quite surprising for a common law country. What are your thoughts on this and why, in your opinion, has it come to be this way?

“There will be issues, where you possibly can’t dissent. For example, decriminalising adultery, […] or decriminalising [Section] 377 […]. There are aspects where you hope that there would be no dissent, there still is possibility of dissent, but you hope there won’t be […]. On other issues like data protection or some aspects of right to privacy […] – it would be interesting to have some dissenting opinions.”

“I feel that may be, over a period of time, a lot of aspects of our constitution have got laid down and therefore various aspects have been overturned like right to privacy, there are various judgements that have changed the earlier law. But there should be dissenting opinions, the court should be formed of all hues […].

Question 7: The field of law you work in and the path your career has taken – the stakes are high, there’s so much pressure, there’s a lot of scrutiny and there are long working hours – but you also have a family life. We were wondering, how do you manage when the stakes are so high – do you compartmentalize certain aspects of your life?

“You need a very supportive family […] It makes you have a sense of peace. Whatever said and done, a working woman in a profession like law has to [make] a lot of sacrifice. […] You have to make choices and the family has to sacrifice a bit. […] It’s a balancing act – as long as you feel that you balanced it right at the end of the day.” 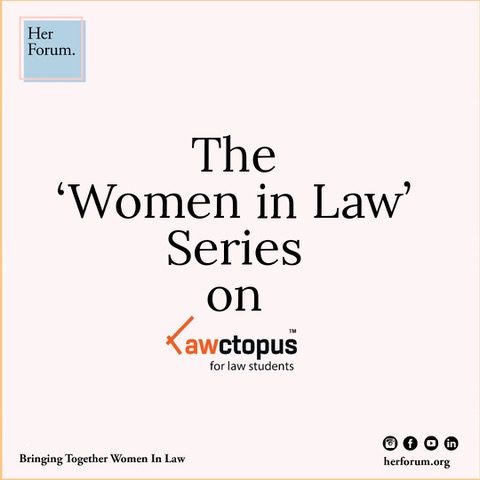 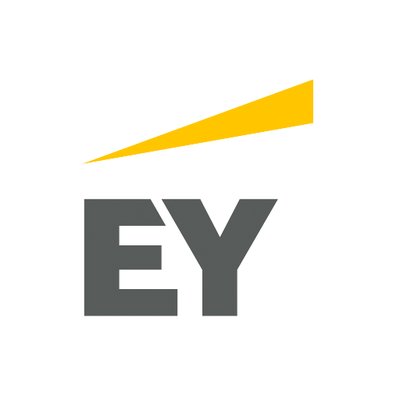