Note: I had written this piece on May 14th. We didn’t publish it because we wanted to give NUALS, Kochi time to respond. However, our email to the VC, the registrar, and a senior faculty at NUALS (sent on May 14) have gone unanswered. Also, shockingly, after all the furore around the exam (with Google Doc forms, Youtube videos, and half a dozen writs doing the rounds), the NUALS administration still hasn’t apologized.

CLAT 2018 has been clearly the worst CLAT ever. It left students crying in the examination halls, and the parents visibly agitated.

Multiple goof-ups, from malfunctioning systems to clueless invigilators, from poor infrastructure at centers to long waits in the scorching heat for biometric verification, from frequent power-cuts to non-conduct of the promised ‘practice’ test’, nothing went right for CLAT 2018.

CLAT 2018 thus wasted years of hard-work of students, lakhs of money of parents, and has destroyed careers. Since the exam is faulty, the admissions will be faulty too, with many deserving candidates not making it. This has serious implications for legal education in India.

At such a state, you’d expect the ‘leader’ of the ‘organising university’, i.e Prof. Rose Varghese of NUALS Kochi to apologize, take responsibility, and ensure actions to set things right.

Instead, her comments to Legally India showcase a paternalistic, dismissive and condescending attitude which is true for most leaders of Universities in India. She also blatantly lies in multiple instances. Read below:

She says: “We are looking into each and every report. At 1.5% [of the total] centers computers failed and immediately [the candidates] were given the time.”

This is absolutely untrue. We’ve compiled a list of 243 centers where goof-ups happened. 243/260, that is 93.46%. Maybe Professor Rose Varghese wanted to say that at 1.5% of the centers the computers did NOT fail.

Also, contrary to her assertions, many students were not given time. You can go through the comments on this link here to know this for yourself.

Many other CLAT forums would tell you of the same thing.

One of the biggest complaints of students is exactly this: that they were not given extra time. This was due to many invigilators being untrained and absolutely clueless about how to go about this. Also, many systems/tech related problems ensure that this couldn’t happen.

She says: “I will manually look into the computer login report”.

This is laughable. One of the problems was ‘glitches’ in the system.

Many of such things (3 questions being skipped on every press of the ‘next button’, systems hanging, mouses not working) won’t be captured by the computer login report.

“But the students are young so they are reacting.”

She also says: “Young children naturally make a big noise when there is a delay.”

A white lie again. Firstly, as we’ve said before, many students weren’t given the time they lost.

And secondly, are you kidding me? The students are young so they are reacting? “Young children make a big noise!” How paternalizing and dismissive can you get?

People who’ll be entrusted with voting rights in a year’s time are not mature enough to know when they should react?

The students are reacting because of your incompetence in organising the exam. You should apologise for that.

The students are reacting because years of their hard-work have been wasted. You should compensate them for that.

The students are reacting because their careers have been destroyed by you. You’ll never be able to set that right. Apologise!

But clearly, Professor Rose Varghese can’t be wrong. Thousands of students can be wrong, but Prof. Varghese’s ‘competent’ team can do no wrong and will set everything right.

She says: “The moment they said it our service providers immediately restarted it.”

A lie yet again. Many systems couldn’t be started despite repeated tries (4-5 times leading to a waste of 10 minutes to 1 hour as reported by many students). Also, in many cases, the invigilators had no clue about what to do.

This can be seen from 100s of comments by students who took CLAT on Lawctopus, LegallyIndia, BarandBech, Facebook groups, LiveLaw, etc.

She says: “I am doing this whole thing with an extremely efficient team sitting with me. 90% centers went very smooth.”

We’ve got confirmed reports of goof-ups at least 243 centers. That means 93.46% of centers did NOT have a ‘smooth’ conduct of the CLAT exam. 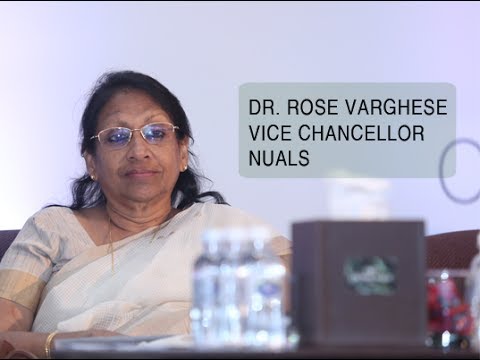