Home » Blogs, News, Advice » Why I Love My Life as a Law Student and It’s Not for the Reasons You Think

Karl Marx once opined, “Society is nothing but a constant class struggle,” and truth be told, there isn’t an ideology that defines the law school life better.

For the longest time, it has been contended that in the contemporary world, now that the legal arena is finally afoot for a grand discourse following the craze around medical and engineering as the professions, law is a calling for the brilliant, for the night-owl, for the overtly studious and for the witty.

But that truly makes one wonder— is the over-hype around the mere genius that it takes to be a connoisseur of this extremely demanding undergrad life even real?

Look no further, the answer is a big fat no.

Walking into a law school, with no relevant background, no hotshot uncle in a law firm and certainly no preemptive idea about what I was signing myself up for, I found myself shrugging my shoulders impassively on the first day of college, when I saw a majority of my classmates discuss about all the ventures their parents and coaching centre mentors had prepped them up for.

“You aren’t allowed to score anything below an 8 GPA, young lady,” my father’s only words rang clear in my ears.

Life was suddenly exciting and exhilarating and scary and gloomy, all at once. I had everybody to learn from and nobody to learn with; competition was galore, if you will.

I had joined a law school in the first place, because I used to be absolutely passionate about reading and writing. Name any crime-centric book and leave it to me to tell you its plot in a breath.

Cut to two months into college, I could not even bear looking at another book, let alone wanting to read it.

As if the academic pressure that came along with seven subjects in the first semester and incessant research paper submissions was not enough, there was the unspoken burden of breaking it into the moot court society and getting research articles published.

I had my first real heartbreak the day I found out that I hadn’t made it to the moot court contingent. After months of clocking out hours at the library, it felt as if none of my efforts amounted to anything worthwhile.

There was cutting-edge talent around me; all the anecdotes of only the best thriving in the law school journey started looming atop my head. I knew I wasn’t the best— far from it.

My grades weren’t up to par, my friend circle was too small and transient for comfort, and extracurricular shenanigans were nil in my life. Darwin’s theory of survival of the fittest got the better of me, and what followed was an onslaught of recurrent anxiety.

Life got tough, and tougher. I’ll spare you the graphic details, for you probably already know what it’s like. I shut myself up like a butterfly returning into its cocoon, and clammed up my shell like my life depended on it.

My optimism gave way to existentialism and my socialising skills, or the lack thereof, started causing me trouble. And one fine day, my brain relapsed; I could no longer take the mental pressure.

But something saved me, it pulled me out of the abyss I thought I was doomed to keep falling down.

With the last few brain cells I had left, I puckered up the courage to deliberate over my life, and it was in that moment that I stumbled upon an oh-so-practical realisation; I’d spent 10% of my time doing actual work and the rest of it telling people about how much work I had to do.

And that I was so exhausted from experiencing things, that I ‘d forgotten to participate in the first place. It hit me like a truck.

Suddenly, it didn’t seem so bad. College seemed like a reasonable place and my head wasn’t on the verge of exploding. It dawned upon me that I could, in fact, rewrite my story and fix the flawed nexus.

Maybe I just needed to secure my temperament and alter my perspective towards life? I knew not.

And that’s where Friedrich Wilhelm Nietzsche walked in and changed everything. This man had propounded Nihilism, my choice of drug. In essence, his quote, “He who has a why to live can bear almost any how,” gave me the kickstart to embark.

I began by fixing my attitude; I became approachable and confident. I made myself comfortable in my own skin. My radar of expectations went down, while that of hard work soared.

I turned a tad bit philosophical and learned to appreciate the people and the diversity around me. I embraced the fact that there will always be someone better than me, but nobody would ever be me. I needed a degree, but I wanted cherished university memories to tag along— and that is what I worked towards.

What ensued was a complete repeal of my existence as I knew it. Out of thin air, opportunities poured in.

My research papers got published in some of the best law journals of the country, my grades accentuated substantially, and much to everyone’s surprise, my introverted self made it into the Debate Society of the college.

I also made a plethora of friends-for-life. Finally, if all of this didn’t delight me enough, I also landed my dream internship this semester.

I attended myriad seminars and ended up making some contacts, who were brilliant, to say the least. They helped me fathom law better, in consonance with the society, and opened my eyes to a world of indefinite career opportunities that exist out there. I learnt and I flourished, like never before. ‘

My social skills improved, and it wasn’t long before I started representing my college in debate tournaments, and also became an organiser for our annual fest, as well as national debate competition. The 180 degree flip that my circumstances made, changed me as a person, for the better.

What, then, is it exactly that makes me love my life now, you ask? Well, all of it boils down to one thing— one thing that is only under your control, the ability to embrace.

This is the only place where you’ll find rainbow diversity, and will get to meet all kinds of people, from all walks of life, be it social or economical.

You’ll meet the most brainy people here, but stroll around a little further and the creative ones will make a cameo. Understand, that this is the only field, that will offer you infinitesimal paths to choose from, from corporate law to litigation to teaching to electricity law, you name it.

Embrace that a law school is the only place where you’ll run out of time to spare, if you try your hand at every opportune occasion you’re presented with— there’s never a dull moment.

You’ll befriend people who you have absolutely nothing in common with, but you’ll find yourself hogging books with them in the library, late into the night. Your teachers will appear more like pro bono lawyers themselves, the more you hear them elucidate their ideas.

This is the only place where you can express yourself, and discover yourself, without fearing ostracization. And that is one of the beauties of a law school, everyone here has an opinion, and everyone else respects it.

You will have incessant debates about philosophy and nature, about politics and feminism, about past and future, about judgements and justice. You’ll spend hours criticising the nuances of hundred-year-old cases.

You’ll discuss sections and articles in depths that can give Mariana Trench a run for its money. Only in a law school, will you get to pursue a hoard of other subjects and academia simultaneously with your studies, in the form of seminars and research papers.

You will witness mock trials and moots, and inadvertently get a firsthand experience of what the real world will be like, 5 years later. This talent-rigged vicinity will make you fear mediocrity.

Yes, it will be maddening at times; but like Aristotle reckoned, “No great genius has ever existed without some touch of madness.”

So embrace the mere conglomeration of cultures and openings and ideas that your law school is, but most importantly, embrace your individuality, and I promise, you wouldn’t ever regret walking into one. 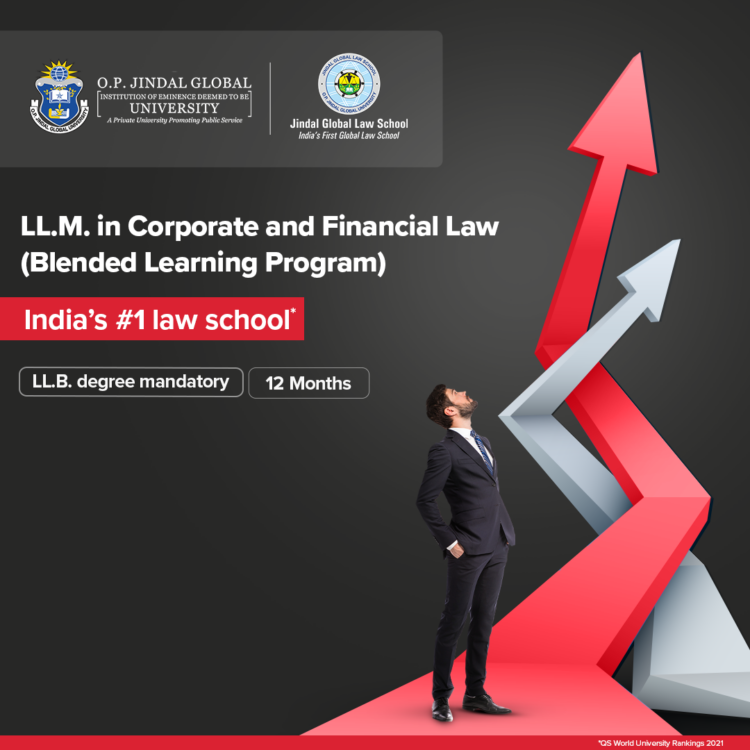