I was crying at the airport as I watched his flight take off for London. It felt that my whole world came crashing down. Yes, he was coming back in 6 months, but would he still be the same person I fell in love with?

As I drove home, struggling to make the tears stop, I thought of stopping by my friend Neha’s house, she always had a knack of making me feel better. Little did I know that my whole life was about to change. While we watched a movie, I cried more.

As I told Neha about my worries, we finished tubs of red velvet and chocolate ice cream. It had been 3 hours of indulging in tears until Neha decided that it was time for tough love; she just stared as I was talking and yelled “Akshu, STOP! I’ve been through this too. Don’t you remember last year when Vijay went on exchange? I thought I would be lost and lonely without him, but instead I actually discovered myself and haven’t looked back since.”

It was then that I remembered how much Neha had changed last year, she was more independent, lively and she could now stand up for herself. Infact, she had broken up with Vijay after that. But Neha didn’t understand how much deeper my love for Sameer was, than hers was for Vijay. She had been dating him for a year, while I’ve been with Sameer for 3 years. I couldn’t imagine life without him.

With these confusing thoughts running through my mind, I abruptly got up and left. I stayed up all night, worrying about our future and crying in despair. Neha kept texting me, asking me if I was okay but I ignored them all. I didn’t want to speak to her, I wanted Sameer back. I cried myself to sleep.

The next morning, I woke up to Neha bringing me breakfast to bed as she said “Rise and shine sleepyhead, let’s go out!” I tried resisting but she kept pulling me out of bed. Eventually I gave in and got ready for the day. When I asked her what the plan was, she told me it was a surprise. As soon as we left, we went to the car rental shop and there was a blue car which Neha got into.

“We’re going to Bangalore!” She pops in a CD with all our favourite songs on it, turns up the volume and starts screaming the lyrics off key. I wasn’t in the mood. I was not up for a 12 hour drive with nobody but my ridiculously happy best friend.

I wanted to curl up in my bed and never get out of my pajamas. That wasn’t an option, apparently. I tried to protest. My parents would never be okay with this. She said she’d already gotten their permission. They were worried about me too.

After we reached, we went to the Toit for some flavoured beer. After a couple of beers I had actually forgotten that Sameer was gone. It was just Neha and I dancing till midnight. After a night of heavy partying, we crashed at a hotel nearby. The next morning, as soon as I woke up, Neha told me to get ready as we had more plans for the day.

It felt funny to not have Sameer next to me. When he was there, we’d always go for an action movie he wants to watch, or to watch the next cricket match. Never had anyone planned anything keeping my likings in mind.

Neha had planned the perfect girls day out. We went to Sunday brunch, drank the yummiest sangrias and had some beautiful food. Then we went next door for mani-pedis. Neha took me to her favourite store and I bought myself a sexy red dress.

At some point, the day before I’d called Sameer and he’d picked up only to tell me that he didn’t have time for this right now. Keeping that in mind, when Neha suggested we go to a club that night and wear our hot new clothes for a night on the town, I was completely up for it.

We went, we danced, we flirted with some cute guys but then I realized that I’d much rather spend the end of our weekend just talking to my best friend.

We picked up a couple of wine bottles and headed to the hotel. We changed into our pajamas, popped the corks on the bottles and cuddled up under some blankets. We chatted all night, getting more and more tipsy as the night went on.

I realized that this girl next to me knew me better than Sameer ever had, despite our three years together. She cared about me more than he ever had. I couldn’t resist the urge that I had just felt.

Before I knew what was happening, I was leaning in and saw that she was closing her eyes too. We were kissing and it felt right. It was like nothing I had ever felt before, not with Sameer, not with any other guy. I felt that I found where I was meant to be. 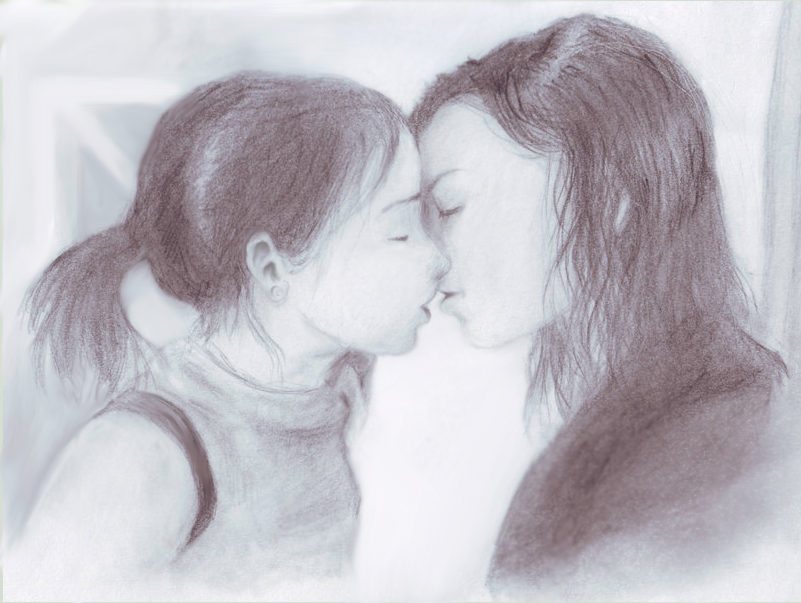 Check out the The Valentine’s Day Special Blogging Competition here.

Law Pundits has already agreed to give courses worth Rs. 54,000 to the winners. Law Suits and More too is giving away some cool gifts!

This is your chance! On a first come first serve basis,

We are doing 20 free counselling sessions with our expert counsellors everyday! Fill in your details below