The Office of the Official Liquidator ( Under the ministry of Corporate affairs) attached to the High court of Delhi is located at the heart of Khan Market, New Delhi on the 8th floor of the multi-storeyed building called Lok Nayak Bhavan.

Getting there was easy, thanks to wonderful connectivity through metros and buses but getting the chance to go there was an interesting journey.

Sounds confusing Eh ? Thus in order to get good internship, as they say, not only you need to have good work but a better Net-work.

Well, as you might be aware that the role of official liquidator comes in to play when a company is ordered to be wound up by the High Court. The Official Liquidator attached to the said High Court takes possession of the company’s assets, books of accounts, etc. and liquidates the company as per the orders.

And they are paid handsomely for this job. Thus, in short, they prosper at the cost of misery of the sinking corporations.

After all the corporate culture law firm internships, which make sure to extract the last drop of sweat from  your body, working under the protection of the government of India was a sweet realization and an eye opener.

Expected time to report at the office is 9:30 but varies depending on your relations with the Deputy OL.

You are supposed to “work“ (read: stay in office) till 6:00 but  are allowed to leave early depending on your bus schedule or distance from the office. So, although I stayed in a PG near Khan Market, I convinced them that I come from the other pole near Rithala.

It was a 5 day’s week and the only time I saw the employees actively running around here and there was to confirm the rumour whether the  new government was really planning to make all government offices 6 day’s week.

We had one hour lunch break where you can always take a stroll in the streets of Khan Market and Savour Khan Chacha’s Rolls.

The building has its own canteen on 9th floor, where the rates are very “Parliamentarian” but the variety of food disappoints.

The hall of employees was divided into several Chambers and I was the only law person in my cell called Technical cell-IV. Others were mostly Chartered accountants.

Interns are usually allotted work under a Joint Technical Assistant (JTA) and the kind of work includes drafting of petition for voluntary winding up of the companies, recording of statement of the director of the companies who always blamed other directors or refused to give any substantial information at all, estimation of employee’s genuine claims and Research & miscellaneous drafting under the relevant provisions for the winding up of a company under the Companies Act 1956.

I joined the office in the month of December, so I could not get the opportunity to go to the courts which remained closed at that time.

But the most difficult task was to make your worksheet on day to day basis of the work you have done each day from the date of joining till the date of receiving the certificate.

I had to find and turn the heaps of files to see the name of companies that I worked on and got my worksheet Signed by JTA, who was very sweet and helpful and The Official Liquidator, who was very generous and accessible person.

Although there was no stipend but the experience and the atmosphere was totally worth it.

It was one of the turning points of my student life as it changed the way I used to look my future prospects. Instead of blindly running after the Tier I corporate Law firms which might generously pay you seven figure salaries but does not allow even seven minutes of free time with friends and family.

It is definitely better to have a secure future and humanly atmosphere to cherish and enjoy the work you do and the bread you earn by venturing into various other offers that are available for a law graduate in India. 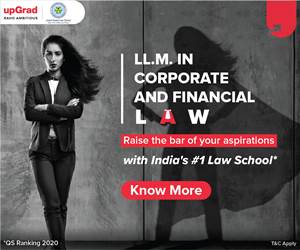