Home » Blogs, News, Advice » Tihar Food and Soil a Marker of Good Luck? The Many Superstitions of Tihar

Tihar Food and Soil a Marker of Good Luck? The Many Superstitions of Tihar

In Black Warrant: Confessions of a Tihar Jailer (link), journalist Sunetra Choudhury and Tihar jailer Sunil Gupta tell tales of how life at Tihar is. Asia’s largest prison is infamous for breaking the will of people it incarcerates.

In this book, Sunil Gupta says that there are some weird superstitions which people have about the place. Some supposedly mentioned in a Lal Qitaab, an almanack to “tackle miseries dictated by our stars”.

Sunil Gupta says that people are superstitious about eating Tihar food. This is common even amongst lawyers and high court judges.

“Another secret I keep is the number of people I have indulged with jail fetishes. For example, did you know that a common fetish is to eat jail food?

Yes, that is right. Some believe that if you are going through a rough patch, and experiencing bad luck in life, all you have to do to fix things, is to eat the food from a jail kitchen. One possible explanation for this is that all other miseries are put into perspective after eating the abominable food from Tihar.

But seriously, I have received calls from friends, lawyers and even high court judges who wanted me to organize food from Tihar so that their own lives could become more appetizing. There were others who asked for jail food because their horoscopes apparently said that they would do time in jail at some point in their life.

To ward off this predestined misfortune, they would ask us if they could voluntarily spend one night in jail or eat jail food. This fix is supposedly mentioned in Lal Qitaab, which is like the ‘bible’ or even an almanac that some communities in North India use to tackle miseries dictated by our stars.”

“Besides many judges, there was one bank manager who I remember well. She was in trouble at work because she had given a loan to someone who had defaulted on it. She took someone’s advice and came to see me. I could not turn her away because she was sent by a good friend. She came to see me about three times and would not only eat the jail food but also clean cupboards and dust the room…”

Other articles also occupy a superstitious position, as in common with objects surrounding death:

“Besides prison food other articles from jail were also believed to have ‘healing powers’. The wood used for the hanging plank was highly sought after because it was believed to ward off fear.

Some people believe that by placing a piece of this wood in a child’s bedroom could help him or her get over nightmares and also stop bedwetting. It could also help a child overcome exam fear.”

Tihar’s soil and water is also something which people want:

“I have been told that many seers sell amulets with soil from a jail because of its supposed extraordinary powers. Whenever someone would ask for water or soil from Tihar, we would go along with it and one of the constables would organize it for them.”

Borrowing from Indian mythology, Indian jails are also places where women want to give birth to children, because of a superstition.

“In 2001 we noticed there had been a rise in the number of childbirths in Tihar. As I was compiling the annual statistics, I noticed there were at least 50 women in jail who were pregnant. In many such cases, the women would apply for bail and would get it soon after the birth of the child.

The initial assumption was these women wanted to be arrested because they wanted to avail of the jail’s fairly decent pre-natal facilities. If you were poor, being in jail was a good option because it meant that you would get regular meals and your medical needs would also be taken care of. While our facilities were far from fancy, some of the poor prisoners would not even have access to the most basic healthcare outside of Tihar.

However, when I chatted with these women, I found another reason why they so badly wanted to remain in Tihar. Many of them held the belief that giving birth in jail would ensure they have a son instead of a daughter.

Apparently, this belief finds it roots from the story of the birth of Krishna. ”

Black Warrant: Confessions of a Tihar Jailer (link) is filled with such anecdotes and is also going to be adopted into a TV series soon.

To read other stories at Lawctopus, visit here.

To send a write-up or a story, email umang.poddar@lawctopus.com. 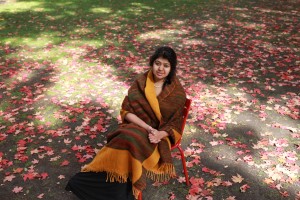