The University of Calcutta, informally known as Calcutta University, is a collegiate public state university located in Kolkata, West Bengal, India. It was established on 24 January 1857 and was one of the first institutions in Asia to be established as a multidisciplinary and Western-style university. 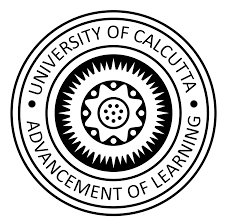 Applications are invited in the prescribed form for the posts of Professor, Associate Professor and Assistant Professor in the academic department of the University of Calcutta.

Applications (7 copies) in prescribed forms to be downloaded from the University Website and are required to be attached with a Bank Demand Draft of Rs. 500/- (application fees shall not be charged in case of candidates belonging to the SC/ST, Rs. 250/- for OBC (A), OBC (B) and physically challenged candidates) or US $50 drawn in favour of University of Calcutta, along with the filled-in prescribed forms.

Relaxation of age, marks and other criteria: As per updated rules of the Government of West Bengal.