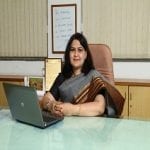 Q. Things you’d advice others to stay wary of? A. Getting complacent! It is easy to just get stuck in the daily deadlines of –assignments, lectures etc. You should really go ahead and do something you really like even if it does not fit in with the typical law school schedule. While its completely normal for
Read More

Be in the good books of your faculty members. Boot-lick them, if necessary. Or ask them "Sir/Ma'am, can I be your research assistant". This will sufficiently ego massage them. Scratching their heads, they are bound to ponder, "Have I turned into such a Big-shot, that I need a research assistant"?
Read More