Tag: law as a career 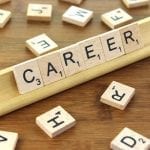 ShareTweetShareWhatsApp0 SharesThis survey form intends to collect data, stories and inputs for the chapter on TRANSITION from COLLEGE to WORK for the book ‘Law as a Career’ written by our CEO, Tanuj Kalia and published by LexisNexis. All responses will be treated with full anonymity and confidentiality. However, we need your personal and contact details,
Read More

Success is peace of mind which is a direct result of self-satisfaction in knowing you did your best to become the best you are capable of becoming. If you haven't mooted and have ended your law school and want to litigate, still, go to the court with your head held high. Also give the black robe
Read More

I think instead of learning only what an anticipatory bail is, it’ll help us more to learn how it is obtained.
Read More

I honestly feel that in law school there should be sessions on goal setting, career planning and so on.I primarily tell my interns to remember one fundamental rule - that money is a byproduct and not the goal. If you wait for 5 – 7 years, the rewards would be enormous but nobody wants to
Read More

I have, however learnt that clinical professionalism, responsible authorities, overqualified mentors, exceptional brilliance, due appreciation, hefty paychecks, extended holidays and the like are as much a part of the workplace as are the likes of corruption, nepotism, unmerited appreciation, unwarranted demotions, idiotic powers-that-be, overworking, underpaying, thirty hour days and dispirited performers. Interview by Neeati
Read More