According to Titli Bai’s statement, Muskan had snatched the gold chain from her neck and cackled, ‘Give me that, whore!’

Titli said that as she lay drugged and bruised on the ground, Muskan made sure that her loud voice pierced some dark corner of her mind. ‘She wanted the trauma to go deep . . . right into my nightmares,’ she stated.

Tonight, though, it was Muskan herself who could not sleep. She pulled out her notebook from under her pillow and wrote ‘Ram’ on the page. She had started doing that out of necessity. The silence of prison life brought back such vivid memories that they threatened her sanity, so she wrote ‘Ram’ in her notebook every time she remembered something terrible. This one was the hundredth ‘Ram’ on the page.

No matter how anyone else might have judged it, Muskan firmly believed that her life as a bandit in the Chambal ravines had an intrinsic simplicity. You were either the victim or you victimized others out of revenge or necessity. But in prison, things got muddled. Because there was nothing to do, too many thoughts ravaged the mind so that the boundary between what happened to you and what you did to others slowly dissolved into one free-flowing experience of hell. And it did not matter whether you were the wretched victim or the victorious victimizer. The pain that she had inflicted upon Titli Bai now seemed as unbearable as the pain Titli Bai had put her through.

Unable to sleep, Muskan brought out the Bhagavad Gita from under her bed. The words lit up as she switched on the tiny booklight clipped on to the page. The Gita and the booklight were gifts from Faqir Chand, a ferocious dacoit with a Sufi bent of mind and her one true love.

The other women in the barracks snored in the darkness as Muskan read, once again, about how Krishna revealed himself to Arjun. She had been very young when she was kidnapped and taken to the ravines. She had learnt how to survive in that ruthless environment only by watching Titli Bai. Part of her had deeply resented her and part of her had simply observed and absorbed as Titli Bai unleashed her cruelty.

Muskan was beaten, dragged by the hair, starved and raped, and through it all she watched, learnt and plotted her revenge. She understood early on that as fearsome as they seemed, most of the men were to be used as props; you had to get close to one to end the other. While Titli Bai was heading the main gang with the sardar, Jabresh Yadav, Muskan decided to side with the rebel faction by marrying their leader, Mahendra Singh.

In a night-time guerrilla attack, they overthrew Titli and Jabresh.

As Muskan shifted on her thin mattress, she felt grateful. From sleeping under trees and inside caves in rocky ravines to sleeping on a firm but soft bed, the difference was unbelievable. She did not have much to go by other than the brutality of her previous life, so things that the other women sometimes took for granted felt luxurious to her. Not that she did not want to get out of prison – she was desperate for it – but it was endearing that people here took care of her when she was sick. Sometimes it almost felt like she was being treated like a child.

The chanting of Ram’s name, the Gita and the prayers helped to keep her mind focused. There was no other way to make sense of everything that had happened in her life. Also it pleased everyone when she recited verses from the Gita – she seemed a little less terrifying then.

She had walked into the prison with a swagger. Every woman in the barracks had been afraid when she arrived. Unlike the ravines though, fear did not always work to one’s advantage in prison. She knew that she had to change, and Faqir Chand had shown her the way already. A charismatic leader, he had triggered fear in the hearts of the comrades, but something almost close to affection in the hearts of the villagers. Even as they were arrested, Muskan saw that the policemen, despite themselves, were courteous to Faqir. His long, saint-like beard and the holy beads around his neck prompted respect.

Sitting in her bed in the darkness, as Muskan read the illuminated text of Krishna’s twisted but sage advice to Arjun, she realized that both Titli Bai and Faqir Chand had been teachers to her. She now knew why she was drawn to the guru–disciple relationship between Krishna and Arjun.

Krishna had stressed the idea of karma – do that which is most just and appropriate in your particular situation. Muskan had done just that. She had always done what seemed most just in the ravines, although the idea of justice there was a little different from regular society. She behaved most appropriately in prison too – repenting and dedicating her mind to god. Always doing just what she had to, without complaining and without resentment. She had become a master of survival.

Titli Bai and Faqir Chand were both avatars of Krishna for her. They had revealed themselves to her, darkly and horribly in one case and benevolently in the other. Thanks to them she had survived everything – her kidnapping and her incarceration. But what about the death sentence? She wondered how she would survive the execution. Maybe Krishna would finally appear in his true form and save her in the nick of time – a breaking of the rope perhaps, or a sudden abolishment of the death penalty? Yes, maybe Krishna would intervene on her behalf as he had with Draupadi.

In that moment, with sleep eluding her entirely, Muskaan was overwhelmed with forgiveness, both for herself and those from her past life. It was time for a celebratory beedi. She pulled out a packet from inside her pillow cover. Sitting up on the bed, she lit it and took a deep drag. The tiny light of the beedi was brighter because of the darkness of the barracks. The smoke was strong and unpleasant, but no one woke up. 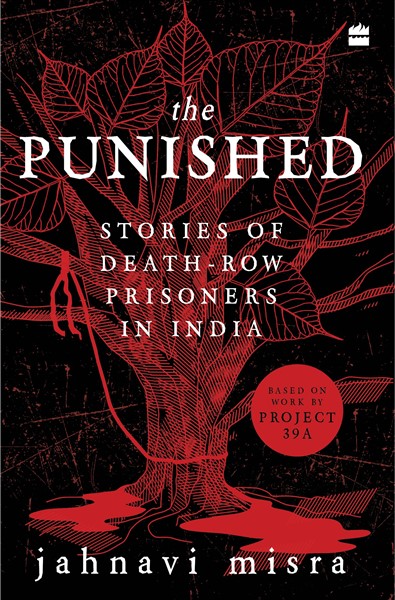 This excerpt is from ‘The Punished’ by Jahnavi Misra (based on work by Project 39A). It has been published after taking the requisite persmission.