Samvaad speaks to Sachin Malhan, Co-Founder at LST: Of Making Rain & Other Things

Samvaad’s editor Nilanaja Bhattacharya has gratefully granted us permission to publish some of the best of the Samvaad‘s articles as standalone pieces on Lawctopus.

This interview features Sachin Malhan who is the co-founder of LST, Rainmaker and Inclusive Planet.

He is an alumnus of NLSIU, and shares with Samvaad his experience in following his calling. Read his journey in his own words:

It was 1999 and creativity was in the air. It was the year when men and women in Bangalore, or in the more colorful climes in the Silicon Valley, were all creating dotcom startups.

You couldn’t go to a coffee shop without being infected by that virus, as we were eventually.

A bunch of us decided to go for some fun and creating great learning content to help students get through NLS seemed like a good way to do that. It also made sense that we should create something fun and solid – and we did.

Law school contributed towards this immensely. I was part of a group of peers (my classmates) that enriched my thinking considerably. Many of them were way smarter than me and helped me improve my skill sets. 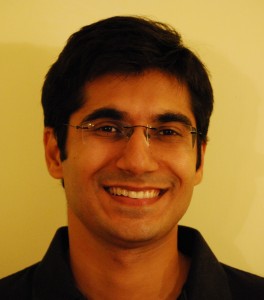 Knowing that you can trust first-principle thinking more than arbitrary rules, categories and labels gives you strength in a world clogged by that stuff. I also believe in first steps – and my first steps towards a creative life were taken in law school.

It was with two classmates that I created LST. One of them, a dear friend – Sameer Singh, went on to create an incredible food joint (Moolis) in London.

And so the story goes. But those days of sitting in our hostel rooms, late at night, over bottles of, er, thums-up and kebabs, and planning out LST were so awesome!

Nothing like ‘creating’ something ground-up. The inspiration wasn’t just upfront but got developed along the way. It’s hard not to be inspired by the students you teach. We came across so many spectacular young men and women – many of whom are still in touch.

One of my other ventures, Rainmaker, set out to make the legal industry smarter. Not that lawyers weren’t smart enough – but additional training once you graduate, career development and matching right talent for positions, were not really happening in the legal industry.

Now, through Rainmaker and its Vahura spinoff, the organization does executive search for the top law firms, career development courses, the national bar exam and a lot more.

I was directly involved from 2006 to 2008 – but not since then, when I left to focus on the social impact space. However, the folks running Rainmaker and Vahura are friends and I see them doing great stuff that’s going to benefit the legal industry in a very real way.

If I’m having fun and being useful then I’m happy. I worked on building Inclusive Planet till late last year, and now am working with Ashoka’s Changemakers to help them build a platform that can help social innovators, i.e. anyone working on an idea to improve the world, succeed in their missions.

Some of my greatest experiences have in been teaching students – even if it was something as corny as legal reasoning.

That experience, of engaging with eager, fresh-faced 16-17 year-olds, is inimitable. At that age we’re so idealistic and energetic – then we go to college and get a bit too clever for our own good, a bit too cynical. I hope each one of you can retain the core of idealism.

Like a wise man once said: “To be independent of public opinion is the first formal condition of achieving anything great.”