Other things: Walking distance from the university, market.How was the owner: No time limit (can be a good as well as a bad thing)
Read More

The owner was amazing, will stand up for you against the security guards and the very idiotic neighbours and society office bearers. But the society as a whole is not live-able if you want your freedom.
Read More

There is a common kitchen with a fridge for every three rooms (around 10-12 girls) and two common bathrooms with geysers, with a separate toilet. There is a TV in every room with cable connection. Though, as a place it might be a little old and space lacking, the location is kickass.
Read More

The PG has a number of rooms, but all are sharing. A little too crowded, honestly, according to me. The rooms can be 2-5 seaters, according to availability of free space.
Read More

The PG has three stories with a TV in the common area on each floor. There are a lot of food joints near by both vegetarian and non vegetarian where you could find good food at a reasonable price.
Read More

The place is located in a residential area with the owners living on the ground floor, the first floor being let on rent.All the shops, ranging from basic grocery to restaurants and branded showrooms are located in the vicinity.
Read More

We require law graduates or law students (third, fourth or fifth year students only) who will be given a chance to work on a variety of projects. We are willing to offer a stipend of up to Rs 5,000/- for an internship spanning at least 3 weeks.
Read More

The exposure trip will start from Bhubaneshwar on 1st June, 2013 and end at Vishakhapatnam on 13th June. During the trip, participants will visit organisations working on rights of dalits, adivasis, women and other vulnerable groups.
Read More

Promising more than one can offer through prospectus, advertisements and leaflets should be eschewed. The policy should be to let the programmes speak for itself. This is not to say that GNLU is guilty of it but to empazise a point.
Read More

None of the associates talk to the interns, or even look at the interns for that matter. They're extremely indifferent. Some people just stop turning up after a few days, but they don't even seem to notice.
Read More

We daily visited new places like women's organizations, jails etc. We had to submit a report on any of the topics specified on the website (www.dlsa.nic.in). Every topic listed down was distinct and very interesting. Shubham Srivastava, Amity Law School, Lucknow Campus, IInd year
Read More

It gives us immense pleasure to most cordially invite your esteemed institution to participate in the Second International Banking and Investment Law Moot Court Competition being organized by Seedling School of Law and Governance, Jaipur National University, Jaipur, Rajasthan August 22-24, 2013.
Read More

I am a student of IPR Hons. and so I was very much interested in doing an internship in an IPR Law firm.Krishna and Saurastri Associates, was a great opportunity for me to explore the world of IPR and I can say that I really learnt a lot from the firm, especially by witnessing the
Read More

We start submitting before the Court saying "May it please your Lordship" and then pause a moment, as if unless the Hon’ble Judge says "Thank You" (as they ought to and as at least one Hon’ble Judge in my experience used to say) we would simply stop talking, and punctuate every second sentence with a
Read More

I hadn't even studied company law in detail when I started interning but Ms Anuradha was patient and gave me daily assignments to make me aware of the law. She would test how much I want to do and would give me work accordingly. Other associates are kind of snooty specially the younger ones),
Read More

The RG-RALs program provides a unique opportunity to work with a cross-section of MPs from the Indian National Congress on cutting edge policy and legislative challenges facing India.
Read More

People in the office were very supportive and give you a very quality work to do and then they also take take pains to explain you any matter in which you were facing problems and work environment was was very nice. By Ankit Gaurav, Institute Of Law, Nirma University, (III Year)
Read More 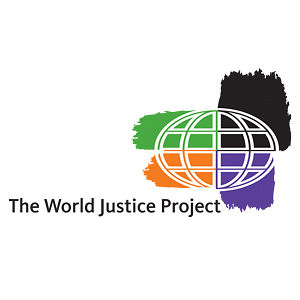 Bribe Hackers, a project by Sreerupa Chowdhury and Mona Saha, two 5th year law students of NUJS, Kolkata which aims to build a bridge between law enforcement agencies and victims of bribery has won a $ 30,000 Grant.
Read More

Opus reads: the best of the articles for law students in India compiled by Lawctopus. 1. FIR against GNLU's VC 2. The crisis in our humanity 3. NALSAR's 2013 recruitments 4. Lawyers who made it to the Times 100 list
Read More

It is the best place for the people who truly want to learn good legal work as it offers variety of laws in which they practice in; ranging from arbitration - consumer courts - High Court -Supreme court -AAIFR/ BIFR. By Rishabh Malhotra, Campus Law Centre, DU Write for Lawctopus! Share your internship
Read More

Justice JS Verma, architect of the Anti-Rape Bill passes away. He was 80.
Read More

The enforcement of Competition Law across sectors and business functions is creating a high demand for competition compliance. This has led CIRC & NLUD to collaborate to offer these courses on Competition Policy and Law. If and when you register please mention that you got to know about
Read More

Opus Reads: the best articles we at Lawctopus can find for law students.
Read More

This is our video response to the Electronic Media Journalists’ Association of AP as well as the TV channels that ran the smear campaign against us.
Read More

I was surprised that Mr. Thiru actually took time to personally evaluate the interns. You may also be lucky to get a treat on one of the weekends. By Mariam Munazz, University Law College (2nd year at the time of internship)
Read More

Opus Reads: the best articles we at Lawctopus can find for our lovely law students.In case you find something interesting, ping us on Facebook.
Read More

CIRC was established by the 30 year old pioneering research and advocacy group: CUTS International, which has been instrumental in bringing in the Competition Act, 2002 in India, other than actively engaged in developing competition regimes in over 30 developing countries, and advising governments.
Read More