The Student Bar Association of the National Law School of India University would like to express its deep disappointment with the recent judgement of the Supreme Court of India in Suresh Kumar Koushal v. Naz Foundation.

We believe that, the Supreme Court, the guardian of our fundamental rights, has given a retrograde judgment by denying members of the LGBTQ community their rights as guaranteed by the Constitution of India.

The judgment has implications for heterosexuals as well as it would criminalise certain consensual sexual behaviour that is classified as against the ‘order of nature’.

This judgement is notably, at variation with the Supreme Court’s own jurisprudence giving a liberal construction to the fundamental rights enshrined in the Constitution.

The judgement is problematic on several counts. The apex court has failed to show any rational nexus between the classification of certain sexual behavior as “unnatural” and
the legislative object that would justify criminalizing such behaviour.

The Court has also overlooked the fact that section 377 of the Indian Penal Code was introduced by the British and not the Indian people, over 153 years ago. It is to be noted that the United Kingdom decriminalized homosexuality 46 years ago, in 1967.

The Government of India had refused to appeal the decision of the Delhi High Court in Naz Foundation v. NCT of Delhi, and urged the Supreme Court to consider changing values of society as opposed to Victorian notions of morality.

Despite this, the Court has erroneously relied on a presumption of constitutionality and
claimed that 200 prosecutions under this section are “not enough” to declare the provision
unconstitutional.

The Court also does not acknowledge the blackmail and harassment that is legitimized by section 377, claiming that mere abuse of discretionary power does not make the power itself unconstitutional. Moreover, the ambiguity of the impugned section, which is responsible in part for the abuse of power, has not been sufficiently dealt with by the Court.

The bench cited a long line of judicial precedents that clearly involved nonconsensual or underage sexual infractions and yet has refused to read a requirement of either minority or a lack of consent into the penal provision.

Finally, the court has failed to substantially engage with the right to privacy, which is an integral facet of Article 21 of the Constitution.

Most importantly, the Court has refused to engage with Ambedkar’s notion of ‘constitutional morality’ that restrains the majority from imposing its notions of morality on the minority. The judgement also clearly violates the principle of inclusiveness which has been articulated by Pt. Jawaharlal Nehru as ‘the heart of Indian Constitution’.

Both of these principles were enunciated in the Naz judgement.

The Delhi High Court judgement has been considered to be a landmark judgement in India as well as around the world for its furtherance of the rights of the LGBTQ community and human rights in general.

Over the last four years, it has made a remarkable difference in the acceptance and mainstreaming of queer sexualities throughout the country.

In contrast, the Supreme Court judgment has been condemned around the world, including by the UN High Commissioner for Human Rights, who referred to it as a “significant step backward for India”.

Koushal joins judgements such as ADM Jabalpur, Mathura, Gian Kaur and Bhullar which are infamous for their violation of the guarantee of life, liberty and equality that is embodied in the Indian Constitution.

Moving beyond this decision will undoubtedly be difficult, not just for the LGBTQ community but for everyone in the country who believes in human rights. However, we will not be silent about this travesty of justice.

The students and alumni of the National Law School of India University have been associated with the case since its very inception.

We will continue to respond by participating in protests, releasing white-papers and reports on the concerns raised by the decision in Koushal, and ensuring that we continue to be a safe space for openness, inclusiveness, free thought and self-expression.

We pledge to continue to give our full support to this struggle for human rights for all. 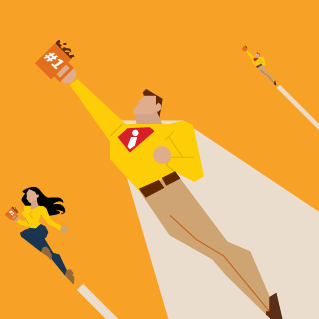