An exclusive chat with Aanchal Dalal and Aanchal Basur, arguably the most famous female sporting duo of NUJS.

Invicta – IN YOUR FOUR YEARS OF PARTICIPATION, HOW HAS INVICTA EVOLVED OVER THE YEARS?

Basur – I think Invicta is a huge event now, with a huge participation. Last year saw a record number of people participating, a most for any law school sports fest.

But, I must add that the sports fest which I saw in my first year was the best of them all. May be, that is because, as a fresher, my enthusiasm and interest for a proper college sports fest was huge and hence I enjoyed it most. But that event was something else altogether.

Dalal – Indeed, Invicta has grown by leaps and bounds over the years. There are lots of teams participating and the number of people participating, therefore, has also increased, leading to greater level of competition.

I’ll agree with her that Invicta in my first year was overwhelming. And it is still a event I always look forward to.

Invicta – WHAT IS IT THAT MAKES INVICTA DIFFERENT FROM OTHER LAW SCHOOL SPORTS FESTS?

Dalal – The huge participation, the well-equipped venues and the top notch competition. They play a huge role in Invicta being such a huge and successful event. Of course, not to forget, the NUJS hospitality and Calcutta being such a great city.

Basur – I concur. NUJS hospitality counts, of course. (Laughs) That apart, Invicta is a sports fest that is well organised, at excellent world class venues. That manages to pull crowds from many universities, thereby making it a hugely popular and successful event.

Added to this, the refereeing quality at Invicta is always upto the standards. We get referees from professional sporting associations to make it fair and square.

Invicta –WHAT KIND OF ROLE DOES THE FAMOUS SALT LAKE STADIUM HAS TO PLAY IN INVICTA BEING SUCH A HUGE EVENT?

Dalal – It, of course, has a huge role to play. It is one of the biggest stadiums worldwide. And I know many people from various universities who turn up just to get the feeling of competing for their university at such a huge and legendary stadium.

Basur – Not only the Salt Lake stadium, but the other venues as well, like the SAI grounds. These are world-class well-equipped grounds. All of us are pretty excited to be competing here.

Invicta – YOU HAVE BEEN AROUND FOR QUITE A LONG TIME. CAN YOU GIVE US A VIVID DESCRIPTION OF WHAT KIND OF EXCITEMENT DOES THE UNIVERSITY HAVE DURING INVICTA?

Basur – Invicta, is always a lot of fun. I remember, how, in my first year, we used to be pretty excited about all the events that we would be taking part in. Even the events in which we were not participating, we used to cheer our friends and batchmates.

Those days, people used to send bulk SMSes asking for students in the university to be at some ground at some particular point of time to cheer for an event. It used to be a lot of fun.

However, it is sad how the enthusiasm and excitement shown by the junior batches has gone for a toss, over the years.

Dalal – In my first year and second year as a participant for Invicta, I vividly remember how enthusiastic we were, about the entire event. There were many eager seniors who spotted interested and talented athletes gave them a chance to be a part of the team and help them along. Plus, the crowd turnout from our university was also great.

It is unfortunate that two years on, this spirit has gone down. There is hardly any audience for the event finals as well as for the league stages. We have to scout for participants as well as audience. –

Invicta – WOULD YOU LIKE TO SHARE SOME PAST ANECDOTES ABOUT THE EVENT? LIKE SOME FAMOUS RIVALRIES THAT NUJS HAS ENJOYED OR SOMETHING THAT YOU VIVIDLY REMEMBER?

Dalal – NUJS has enjoyed a very healthy rivalry with universities like Symbiosis, NALSAR, HNLU. The NALSAR vs NUJS football championship at Invicta is something that makes the headlines every year. They have a colourful history, which has sometimes turned ugly. But that is something that always happens in good sporting rivalries.

In badminton, NUJS vs Christ College, Bangalore is always hyped. NUJS has been consistently doing well in athletic competitions at Invicta, over the past few years. The AIL team is always, very challenging to deal with, on the sporting field.

Basur – I remember one very funny incident from last year. In the basketball event of last year’s Invicta, the finals face-off was between NUJS and Christ, Bangalore.

There was one hefty girl on their side who was trying to overpower and intimidate our team members. As a retaliation, someone from our side, tried to pull her skirt. This led to a bit of skirmish, in which the referees had to finally involve. We went on to win the match. That incident was something hilarious indeed.

And as far as records are concerned, I remember a boy from Army Institute of Law, Mohali, who competed in 800m sprint, a 1500m race and a 3000m race, back-to-back on one day and grabbed gold. That was something of an exceptional performance.

Invicta – WHAT ARE YOUR EXPECTATIONS FROM THE NUJS CONTINGENT THIS YEAR?

Basur – Frankly, the girls participation from our university at Invicta is a bit disappointing. Earlier, we used to have many girls who eagerly took part in all events in the competition. At least, they were willing to try out. But over the years, the interest has died out. Today, we have to scout for people who are willing to participate.

Not even that, we have to hunt for people who can be the audience, at least. In total, there are some six or seven sportswomen in the university today. The situation is indeed depressing.

Dalal – Indeed. The situation is pretty unfortunate. Earlier, we had some awesome seniors who themselves used to take part in events like volleyball, throwball, basketball and also egged us on to participate.

It was a nice camaraderie. However, the scene is not the same anymore. Girls not showing any kind of interest for sporting events is sad.

We are having the inter-batch athletics right before Invicta this time. Hopefully, that’ll throw up some of the best and the talented sporting people from our university, right from the first year. They can represent the university in events like Invicta and bring laurels.

Invicta – WHAT IS THE IMPORTANCE OF A SPORTS FEST LIKE INVICTA IN A LAW STUDENT’S LIFE?

But apart from that, it should not be all work and no play, even in a law school student’s life. You get to vent your sporting instincts, which will of course stand you in good stead. You get to have lot of fun and this is indeed, a welcome respite from a hectic law school life.

Dalal – All law students think about is assignments, deadlines, papers, conferences, moot courts. However, sports fests like these are innovative ways for them to take a break and go out there to have some fun. It also brings out the competitive spirit in you to the fore.

Representing your university in such a huge event is nothing short of a huge deal.

Invicta – THANKS A TON FOR TAKING SOME TIME OUT. ALL THE VERY BEST FOR THE FORTHCOMING INVICTA. 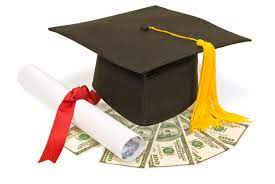