NSS Unit of NLU Assam is organizing a multilateral conference that would deal with cross-sectoral discussions pertinent to North-East India. The event is scheduled for 25th April 2021. It would serve as the flagship event of their NSS unit, and they have named it “The Kamrup Dialogue”.

The National Service Scheme (NSS) is a Central Sector Scheme of the Government of India, Ministry of Youth Affairs & Sports. It provides an opportunity to the student youth of 11th & 12th Class of schools at +2 Board level and student youth of Technical Institution, Graduate & Post Graduate at colleges and University level of India to take part in various government led community service activities & programs. The sole aim of the NSS is to provide hands-on experience to young students in delivering community service.

The Kamrup Dialogue is an initiative of NSS NLU Assam. It will host judges, bureaucrats, thought leaders, and media persons of Northeast India to do ‘विचार मंथन’ on issues relating to the region. The first guest will be HMJ Ujjal Bhuyan, Judge, Bombay High Court.

Details of the Conclave

His Lordship HMJ Ujjal Bhuyan was enrolled on 20-03-1991 with the Bar Council of Assam, Nagaland, Meghalaya, Manipur, Tripura, Mizoram, and Arunachal Pradesh. Had practiced before the Principal Seat of the Gauhati High Court at Guwahati and appeared before the Agartala, Shillong, Kohima, and Itanagar Benches of the Gauhati High Court. Also practiced before the Central Administrative Tribunal, Guwahati Bench, and the Assam Board of Revenue.

He was also the Executive Chairman of Mizoram State Legal Services Authority. Justice Ujjal Bhuyan was closely associated with the Judicial Academy, Assam, and National Law University, Guwahati. He was then transferred to Bombay High Court and took oath as Judge of Bombay High Court on 03.10.2019.

For full detail of The Kamrup Dialogue: Conference on Strengthening Democracy in India by NSS NLU Assam, click here. 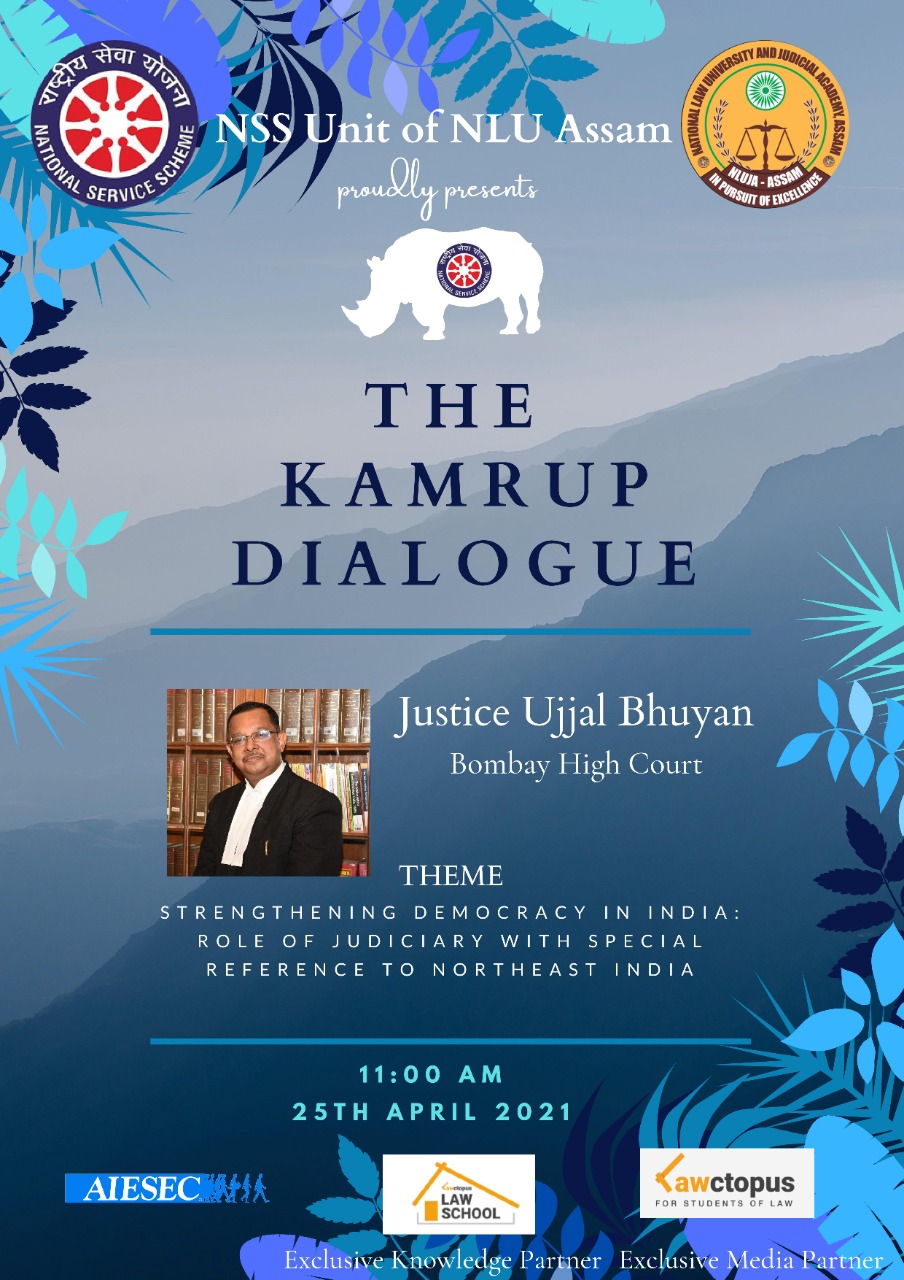