Six 4th year students of NLIU Bhopal have been suspended after faculty member Ms. Gargi Rajvanshi filed a complaint and also her resignation before the administration on 10th October (a day after the students protested).

Her complaint states that the students of the Fourth Year of the BA. LLB course misbehaved with her during the Insurance Law Class [UPDATED: 14TH OCTOBER, 9.45 PM]

Later in the night a brief (containing mention of case laws and specific sections under which the harassment is being alleged) was submitted to the administration claiming harassment.

After this first complaint, another complaint by faculty member Ms. Kuldeep Kaur was filed on similar grounds of harassment resulting in suspension of 3 students.

In Ms. Kaur’s class students were upset as she had failed an entire class in the end term examination Jurisprudence Exam and questioned her about it.

According to a student Ms. Kaur found this probing by the students ‘harassing’ and ‘disturbing’.

No hearing has been conducted in this case.

According to one student “It is quite clear that this is vendetta against the protesting students and a very subtle policy of divide and rule and [this] takes away attention from the larger issues”.

NLIU, Bhopal is in a state of boil over the dictats of the administration.

The students staged a protest on October 9th against the policies of the administration that had been created resentment and discontent for quite some time.

This started when on September 20th 2013, two students of the Cyber Law Course from NLIU Bhopal met with an accident and passed away.[1]

It is also known that the driver of the vehicle was under the influence of alcohol.

The administration responded to this incident by issuing a notice imposing a blanket ban on all vehicles kept by students on campus premises.

Even visitors (including parents) and autowallahs are no longer allowed to bring in vehicles on the campus.

The notice clearly stated that any student aggrieved by this measure was free to live off campus, renting a private room.

The Administration is claiming that this has been done to ensure the safety of the students and to ensure that no unnecessary liability befalls the University from the parents or the guardians.

With the beginning of the new session, the students of the BA.Ll.B course made a petition to the Director, Dr. S.S. Singh laying down their grievances over the blanket ban.

The Petition highlighted issues such as the lack of alternatives for transportation available from campus.

The campus is nine kilometres away from the nearest market and the bus that runs from the university is only plied twice a week. (Interestingly this was only changed to four times a week the very day of the protest.)

The petition also highlighted that the campus lacks basic amenities such as a grocery store, or a pharmacy for emergencies.

An Ambulance stationed on campus has no driver most of the times and a doctor visits twice a week for two hours.

The canteen, which began well, has food items that are expensive and most of the items on the menu are never available.

Autos are expensive in absence of competition and do not run on metre.

The second issue in the petition was a request for extension for library timings from 9 pm to 12 pm, following suit of most law schools run in this country.

The Director refused to meet any of the demands following which around hundred students sat at the front gate of the University indefinitely. 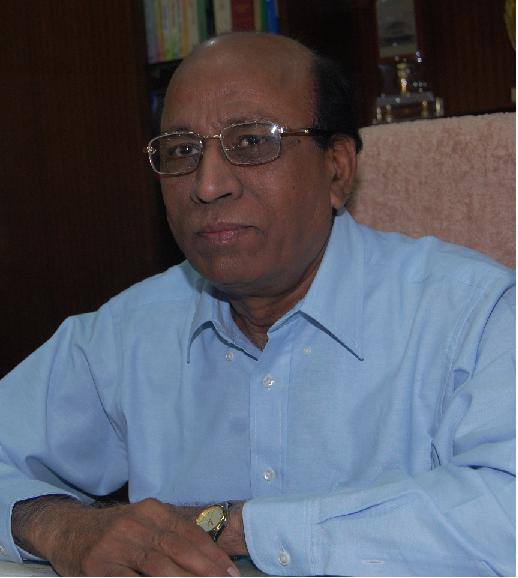 The Director refused to meet any of the demands following which around hundred students sat at the front gate of the University indefinitely.

During this protest the faculty members arrived to negotiate BUT all this while maintaining that the blanket ban was not negotiable and library timings could not be extended after ten as students misuse it.

Besides, they said, the women on campus have a curfew of 9 pm. (Men interestingly have no hostel curfew).

While negotiations were going on the Police arrived on scene claiming the students were violating the Election code of Conduct in place and various provisions of the IPC and if they continued individual FIRs would be launched.

The Police were pacified later and the protesting students (now grown to more than 200) moved inside the campus.

While and during negotiations, the students argued that during imposing a blanket ban , the students, as stakeholders, were neither consulted nor represented.

Many students attend coaching classes for Judicial and civil Services exam and this move leaves them at mercy of expensive alternatives.

The Students suggested alternatives such as mandatory checking for alcohol and narcotics , use of breath analyzers, requirement of license to be produced but these were not accepted for “they can’t be implemented.”

It was also brought out by the students that before staging the protest when they met with the Director he pointblankedly refused to meet any demands or even negotiate.

Later in the evening, Dr. S.S. Singh left the University for Delhi without meeting the students or directing the faculty in this regard, leaving the latter rather faceless.

The Students dispersed, after ten hours, only after being ensured that vehicles on campus shall be allowed till the Director is back on campus and this issue can be taken up again.

Previously also many petitions have been filed by individual students complaining about library timings, food in the mess, erratic wi-fi connection, stringent rules of attendance that allow for no medical leave, placement, and all these have sadly lapsed in the bureaucratic corridors.

The Administration has repeatedly, to the extent of threatening individual students with suspension, been warning that the protest method was ‘illegal’.

‘Even though the faculty remains sympathetic and willing to listen, no formal action has ever been taken on these issues.

It seems that a boiling point was reached with the ban on vehicles.

It must be noted that Dr. S.S. Singh was recently reinstated as the Director in spite of a sizeable section of the students going against his reappointment.

The attitude of the Administration towards the needs and problems of the students has left a lot to ask for.

With no final resolution on hand the stage is set for another round of similar demands in the coming week.

A glimpse of the facilities being provided at the #COVID19 Care Centre, Anantapur district, Andhra Pradesh to the inmates to boost their morale and mental wellness.

Wash your hands frequently and thoroughly with soap and water or use an alcohol-based hand sanitizer.