We sincerely thank Ketki Jha for procuring this for Lawctopus.

A production of the revered play by the Institute of Law, Nirma University on its 7th Foundation Day. Antigone is a tragedy by Sophocles written in or before 441 BC.

On its 7th Foundation day the Institute of Law, Nirma University celebrated by showcasing the production of Antigone – a play by the revered Greek playwright Sophocles (441-442 B.C.), which is the third of the three Theban plays.

It is the story of a woman’s quest for justice for her dead brother. A tale of defiance, dilemmas and dissent with a tragic end.

A conflict between the human laws and the unwritten divine moral laws; making one question the very foundation of law.

The play was showcased with a purpose in mind. In the simplest terms the law and literature movement focuses on the interdisciplinary connection between the two seemingly different fields of study.

When we attempt to understand the relevance of Sophocles’ Antigone for a law student we are concerned with the perspective of ‘LAW IN LITERATURE’ to understand the enduring issues of the present day through the manner in which they are explored in the great literary texts.

Also because lawyers in an important sense are also performers like dramatists the performance of Antigone sought to have a deep impact on us and render other benefits including the following:

1. As a piece of literature that is universal and timeless in its expression of ideas, arguments, views and 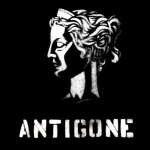 jusifications regarding the source of justice, the play continues to be an important source of reflection on the possible reconciliation between natural and positive law as determinants of justice.

2. It help you to easily grasp concepts taught in the classroom and will enhance your analytical and rhetorical skills, which are of immense help in decision-making

3. The values portrayed in Antigone reflect the true nature of man and implore us to adopt certain ethical principles, which will make us socially responsible lawyers and this brings an essence of humanity of the field of law.

There are several questions that each one of us must probe into as law students when witnessing the events of the play. These questions will open ground for discussion in relation to some of the present day events.

Firstly the conflict between Creon and Antigone implicitly is over the idea of what is law? Is law the dictate of the sovereign or is the command of god?  If these conflict to which do we owe higher degree of allegiance?

The characters seem to view one form of law as superior to the other and hence they orient their actions accordingly – Antigone who buries Polyneices thinks that she ought to abide by the laws of god as she is morally compelled to do so and Creon can’t permit this act of transgression as it may shatter the political order of his kingdom.

But towards the end of the play when Antigone hangs herself and Creon desolated and taken by his loss we need to ask whether the treatment meted out to Antigone was appropriate, and if yes why did Creon seem to be half-dead?

And at a deeper level this probes us to explore whether it possible to realize justice through the rule of law?

Can exclusive adherence to natural or positive law deliver justice in all possible situations? Can we reconcile the conflicting claims of natural and positive law as sources of justice?

Such a debate continues today. The recent case of a 74-year-old lesbian Navy veteran who is denied the permission to be buried next to the love of her life by the state of Idaho hit headlines in April 2014 on the grounds that their marriage is not recognized by the state.

There is a striking resonance between the fate of Polyneices and Madelynn Taylor the lesbian veteran, in the sense that they both went against the state through their actions – Polyneices by making an armed attack and Taylor by transgressing the social conventions regarding marriage.

Hence, Antigone remains alive even today where in a wide range of situations we ought to realize that there should be no discrimination in death.

Instances such as these compel us to ask even the most fundamental question like is delivering justice the most important function of law?

Should we not as Ismene says submit to the demands of the laws of the land as power and authority to sanction back it?

Or should we as Antigone insists subject political laws to the demands of morality?

Should we not prefer civil disobedience rather than complying with an unjust law?

Will civic disobedience shatter the possibility of social order and render chaos in society?

If yes under what circumstances should such acts be permitted? In the 19th century with the exaltation of science the use natural law theory declined, however, as the social conditions changed and positive law failed to successfully solve the multifarious problems associated with the shattering effects of the world wars, the declining ethical standards and a growing sense of uncertainty, the people realized that it was not possible to completely detach morality, religion and customs from the law and that the concepts like justice, equality and freedom which are very much a part of natural law ought to be the fundamental base on which positive law is formed for the smooth functioning of society.

The disturbing growth of the totalitarian regimes and the persecution of Jews in the Nazi trials led to the call for a concept of ‘human rights’ which reflects indeed the demand for a form of ideological control which could prevent the abuse of law.

This trend and the emphasis on the merits of the natural law theory clarifies the need of its use in monitoring the authority and validity of the positive laws under a regulated system headed by a Constitution.

Several thinkers have also assessed the question of justice being imparted through law and among them we can refer to Hegel who while analyzing Sophocles’ play Antigone in his book ‘The Phenomenology of Spirit’ states that ethical consciousness can realize justice only through the rule of law when the individuals come to interact within the city culture (public sphere).

The state must eventually fall if it cannot embrace within its self-conception the legitimacy of both divine and human law.

As opposing the view propounded by Hegel, Karl Marx considers justice as a virtue of the communist society that cannot be realized through the law and Jacques Derrida who believes justice is impossible to realize from within the framework of law because of the uniqueness of each case which comes up for judgment.

Other important parallels can be drawn for the study of the central themes of this play for instance drawing a similarity between Creon and Hobbes’ ‘Social Contract Theory’ where for both disobedience to the law is the destroyer of cities.

Creon ascended to power by his own declaration rather than consent of the ruled, claims to have the absolute authority and power to determine justice. Is his power legitimate in the epoch where democracy is THE value? Is the idea that Ismene reflects of law being the domain of males still relevant today?

This inter-disciplinary approach to learning, combined with the splendor of performance was a novel and enriching experience for all the students of the institute.