By The Admin
LEARN Legal Research and Writing Via this Online Certificate Course by LLS [Oct 5 – Nov 30]: Register by Oct 5

A maximum of one team shall be allowed to participate from any one University / Law School / College / Department.

Only 20 teams shall be allowed to participate in the Competition on first come first serve basis.

The Registration Fee for participating teams shall be Rs. 2000 (Two Thousand Only) INR.

Registration after due date may be permitted with a late fee of Rs. 500 (Five Hundred Only) INR.

Teams are required to submit the soft copy of Demand Draft along with scanned copies of the completely filled registration forms by 14/08/2015 (11:59 PM IST) and the hard copies of the same should reach us by 31/08/2015.

In addition to the above awards trophies and certificates shall be given to various categories of winners. All participants shall be awarded participation certificates.

Accommodation, Food and Local Transportation to the participating teams shall be provided by MATS Law School from 18th September morning to 20th September 2015 evening.

For clarifications regarding the Competition Rules or the Moot in general, please contact: 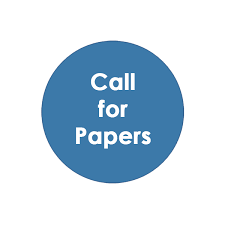