6 Lessons I Learned from My First Year of Law School

A quick scroll through facebook pages like CLAThead and and CLATGyan would show you the multiple posts mostly by panicked aspiring law students asking for advice on which NLU is better, which law school they can hope to get into with their rank, whether they should drop another year and prepare for CLAT, whether they should do law right now or after graduation.

And it makes me smile because that was me last year but things eventually worked out alright. So relax. And for those of who of you have already made up their mind about going to law school this year, the following advice might help.

1. Things might not have turned out exactly how you planned but don’t spend all your time whining

When I gave the CLAT last year I had a lot of hope and optimism. I wanted to get into either NLS, NALSAR or NUJS. Unfortunately life had other plans for me and I landed in Lucknow. Obviously there was a lot of apprehension about making the big move from Delhi to Lucknow on my part.

I spent days worrying about whether I would fit in at all, how would I spend my weekends, what would the people be like, would I be able to live away from home, do I even want to go to law school? All these negative thoughts consumed me and obviously when I went there, things were very different from what I was used to. Initially it was jarring and I was quick to point out faults in everything.

I made up my mind that I didn’t like the people, the faculty, the mess food or the city and I spent all my time planning my next trip home. Moreover I found a group of like-minded people and we would all sit and whine about how this place is so difficult and we should give the CLAT again next year and get out.

Let me tell you right now what I learned the hard way. All the negative experiences and emotions I went through in my first year, you too will go through. It may seem like you are alone in your suffering but you’re not. It doesn’t matter if your law school is in Bhopal or Jodhpur or Raipur.

Moving away from the comforts of home into a completely different environment can be one of the biggest challenges you will face in life but the good news is that most of your batch mates are going through the same thing and this too shall pass.

At times it can be difficult to battle your urge to leave but once you do, then only will you emerge stronger, ready to take on the adventure that is law school.

Now that I look back at all the time I spent whining and complaining about the place, I wish that I would have utilized those initial months better and focused more on my moots and debates and making friends. No matter which law school one goes to, things are never perfect.

2. You will be lonely but choose your friends wisely

When I first arrived in law school, I was very eager to make friends and as a result of that I would open up to anyone with all my sorrows, thoughts and feelings. Anyone who was willing to listen.

It was only later that I realized that everyone who is willing to listen cannot be trusted. In the first few months of law school, bonds are quickly formed and quickly broken.

As cynical as this might sound, don’t trust everyone, don’t reveal your secrets to just anyone because in all likelihood they are judging you. Before you can really consider someone to be your confidante, assess them over a period of a few months. Just because you’re in haste, don’t make friends that are ultimately a waste .

Also a mistake that most people make is that they tend to cling to their small groups. The South Indians will hang out with other south Indians. The localites will make their own group. And while it can be very alluring to stick within the comfortable confines of these familiar small groups; DON’T! A national law school is that wonderful opportunity where you can experience a miniature India squeezed into a few acres.

Once you allow yourself to step out of your comfort zone and interact with people from various regional, religious, social backgrounds, your mind will expand, you will learn new things and ultimately grow as a person. My closest friend in law school is from Lucknow and she has introduced me to the wonder that is Chowk brimming with its Itar shops, kebabs and sheermals and for this I’m eternally thankful to her.

3. Jump at every opportunity that remotely interests you

For those of who you are about to start law school soon, be prepared because it can be overwhelming. Before you even know it the debate society, moot society, legal aid society, the journal committee will all be holding tryouts and a lot of you will have some very valid thoughts like “How do I know I want to be in a moot society if I’ve never mooted before?”

It’s okay to be unsure but being a part of something larger than yourself makes your law school experience really count. Being a part of a society teaches you responsibility, leadership, organization and it looks good on your CV if you eventually become an office bearer.

Even if you find that no society or club interests you right off the bat, that’s alright because a law school will still shower you with plenty of opportunities.

You can write a paper for various reputed journals, play a sport, teach underprivileged kids, go for arbitration and mediations competitions, and be a part of the band or the dance troupe. The opportunities are endless so seize the day especially in your first year when you have lots of free time.

Mooting and debating are extremely useful skills if you want to be a lawyer. In fact most law schools have it as a compulsory subject. But refrain from looking at mooting as just a subject. It’s so much more. Even though I haven’t mooted much I have learned from my seniors that it’s very beneficial.

It teaches you how to research and argue like a lawyer in front of a judge. Moreover if you do well, it gives you many opportunities to travel around the world and go to places like Vienna, Hong Kong, Singapore, London, etc. to represent your college in international moot competitions.

While mooting is intense work and involves months of preparation, debating is more chilled out. Most parliamentary debates at university level give you 15 minutes of prep time and you have to speak against or for the motion. Sometimes you may have to sell an idea to the audience that you absolutely don’t agree with on a fundamental level.

But that’s the beauty of debating, it encourages you to think out of the box and to read up on current issues because you just can’t give a 7 minute speech without knowing anything about the issue.

This will make you a well-rounded and more knowledgeable person with a knack for arguing. And even if you don’t find any success initially, don’t lose heart because most mooters and debaters only become good after years and years of practice.

5. Keep a good rapport with seniors but don’t let them boss you around

Some law schools are chilled out and others not so much when it comes to junior-senior interaction. While I met some really inspiring seniors who showed me the ropes and helped me out with projects and moots, I also met some terrible ones.

Be prepared because ragging is rampant and it’s so much worse for boys than girls. While I will leave you to imagine the worst when it comes to boys, all we had to do was address our seniors as ‘sir’ or ‘ma’am’ which is nothing short of absurd. But since it’s such a small request, most of us complied rather than complain.

However there were some seniors or ‘ma’am’s’ who took their titles way too seriously. They demanded to be revered and would boss around naive first years. If a fresher didn’t address them by their self-imposed title or didn’t show up to a society meeting, they would verbally humiliate them in front of many people.

This is the kind of ragging that most girls will face. Those freshers that were servile to seniors and saturated them in flattery did not have such a hard time but those who chose to speak up against these preposterous acts did.

However the bitter seniors will only trouble you in the start, after a while their anger will fizzle out and they will get busy.

6. You will not be spoon fed any more

Yes, you have to do everything by yourself. You can’t solely rely on the teachers because with the exception of a few, most will be bad. You yourself have to take an interest in the subject, go to the library and read up on it rather than relying on half-baked notes taken during lectures.

You have to teach yourself and don’t undermine the importance of academics because your CGPA is what everyone will look at while hiring you or when you are applying for an LLM. Also you yourself will have to apply for internships. Most colleges won’t help you out with that. And most places require you to apply 3 months in advance.

While there is no pressing need to do an internship in your first year, you must do it anyway even if it’s at an NGO or a human rights organization because having that extra work experience gives you that extra edge. 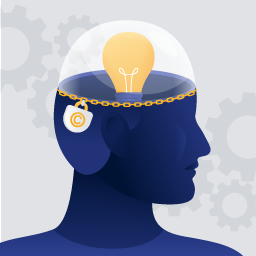