Law Tales, the perfect platform to fulfil your academic needs. We are here to assist you in all the ups and downs of your academic profile.

The webinar will be unfolding wide area of Alternative Dispute Resolution taking into consideration the development from ancient times to the modern one. We also intend to educate and equip them with the tool of legal awareness to become responsible citizens of the country.

Questions: Participants will be on mute and can ask questions via the Q and A box.

Link to Register is here.

Dr. Prof. Romesh Gautam, Senior Advocate, Supreme Court of India for the last more than 35 years. He completed his LLB, LLM and LLD (PhD in Law) and has also been awarded Honoris Causa by five prestigious universities. He is a visiting professor in many universities in India and overseas.

He has been Advocate General for Seven States. He is an Endorser for Climate Principles for Enterprises. He has conducted several cases of international and national importance. His clients include Central Ministers, Governors and Chief Ministers. He has advised many foreign bankers including KFW Germany, Nordic Investment Bank,

Finland, Swiss Bank Corporation, Barclays Bank, London, Llyod Bank, etc. who have accepted his advice and granted huge amount of loans to government of India in 1994. He is the first Indian lawyer who has conducted international level Dispute Review Boards, Alternate Dispute Review cases for which he has entered in the Limca Book of Records.

He is the third lawyer in the whole world to conduct ADR cases. He has acted as an Arbitrator and also as counsel in many numbers of arbitration cases in India as well as overseas. He is a known personality in the field of law in India and abroad.

He is Padmashree, President of India awardee, Limca Record holder, Professor of Law, Author, Writer, Motivational Speaker, Political Strategist and Analyst. He is also the Senior Arbitrator for several organisations. He is the Global Chairman and Director General (Legal) for the International Human Rights Organization. 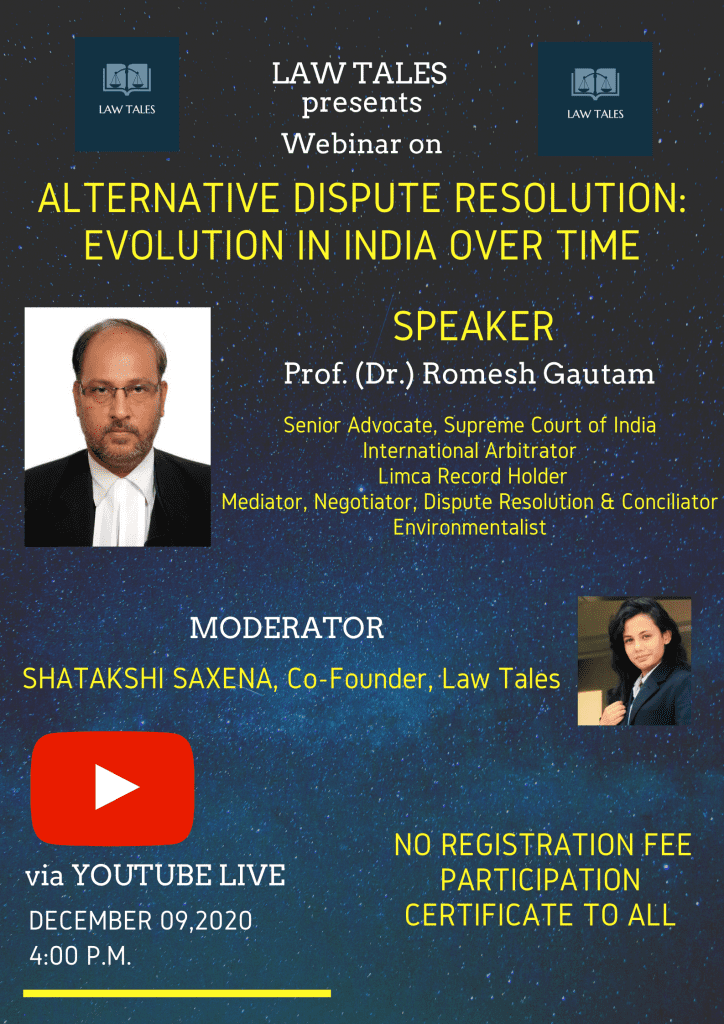