It’s funny and ironical that not just my first memory of heart pounding, belly twisting nervousness, and wonderfully uncontrolled adrenaline rush, but also my last, relates to the time I was last on stage to speak.

Speak in front of a huge gathering. Speak fearlessly. Speak eloquently. It’s not a big deal, right? Speaking? In front of the public? BUT IT IS!

Think of it, at some level, everybody is scared to speak in public, everyone is terrified of having each and every one of their tiniest actions and words placed in front of the soul-scrutinizing eyes of the public.

It’s funny and ironical because it’s just not something you’d expect out of a budding lawyer, right? All lawyers are supposed to be fearless, eloquent, excellent speakers (even if nothing, though, the fear definitely shouldn’t show, although they might be scared out of their wits) or so the general perception goes.

And the aforementioned is basically what law school trains one for, apart from the other prerequisite skills required for the field, of course.

Public speaking requires one to face scrutinizing eyes and ears. Eyes that scrutinize the poor speaker’s body language, attributing meaning to his words (which might not even be intended by the speaker) based on each and every slightest gesture of the limbs, movement of the eyes, changing of the standing position yada yada.

Ears, that unforgivingly, scathingly dig into the words of the PDC (Poor Dear Chap) to shell out, and then attach to them meanings, which may very well, and in all probability, be exaggerated and untrue.. Seriously. The PDC. L I make it sound so bad, right? Well, it is bad.

But this hotshot English philosopher with the name of William Hazzlit had once very rightly pointed out that ‘nothing is more unjust or capricious as public opinion’.

And in that light and context, come to think of it, it’s funny that we should even care what the public thinks about or how it rates our thoughts, our speech and gives critiques to the speech that we worked our asses off on.

I’m a budding litigator and I’m scared of speaking in public. Every time I’m on stage, my knees go weak, my heart pounds so hard and so fast, I’m certain that everyone can hear it beating the way it is, my palms sweat and it’s as if some cruel murderer of a man is strangling me mercilessly with a rope, so I’m left gasping for breath between broken words (the last one’s a hyperbole, but you get the hang). 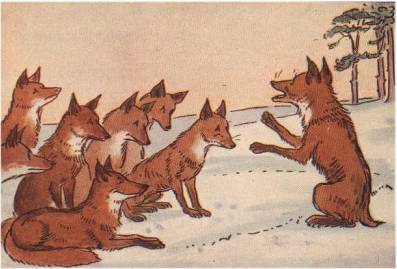 Then I came to law school, and realised (happily enough) that there were others travelling on the same boat as me. I felt the sheer, part-sadistic, part-genuinely-happy delight that the Fox-Without-A-Tail feels when the revelation, that all the other foxes are tail-less too, hits him.

So, I found much-needed consolation arising from unexpected companionship, with the knowledge that the others in law school too were in varying amounts terrified of public speaking. We were not ready to come out of their shells and speak.

We would speak, but that spark which distinguishes a Mark Antony from say, a Brutus, that innate ability to inspire confidence in one’s speech (of which our former Vice-Chancellor, Mr.Faizan Mustafa was the very epitome) which comes from confidence in one’s own self and the other traits of a brilliant orator were (obviously) lacking in all of us.

Three Semesters and one a half years later, a significant change followed. No, we had not magically undergone metamorphosis to turn into lil Mark Antony(s) but the profound, beautiful ‘magic’ that happens when the shell of a lacuna cracks and a tiny butterfly flutters out of it, was what was witnessed.

The ‘magic’ was that the most taciturn of the lot (like that one shy girl you didn’t know had a voice, and that one opinionated boy who wasn’t very good with English and so who wouldn’t speak) suddenly had newly-found, vehement voices and nearly everyone was bubbling with energy to participate in various National and International Level Moot Court Competitions and (almost) everyone had opinions about current issues of various levels- ranging from the immediate college level to the national level.

Witnessing that kind of magic can make your dispel your fears sometimes. And that’s precisely what happened. I found my terror of public speaking vanishing too.

Another important, happy epiphany was that almost everyone, even the most eloquent of speakers, did in fact have some level of fear invading their minds when they went on the dais. What made them different from the others was the application of that good old adage which in essence says, “Don’t let your fears rule you. Conquer them and be a winner..”

In a nutshell, there are two things which law school teaches you- it teaches you firstly, to think, and secondly, to speak without fear. And law school can be and is an amazing teacher, needless to say.

To those of its students who can make do with encouragement, it gives encouragement. To those thick-skinned ones for whom encouragement does not work, it uses compulsion. It doesn’t simply encourage, it forces one to do both: to speak boldly and to think objectively, and for the above two reasons, among many others, I absolutely love being in law school.

P.S. Earlier I used to think Foxes Without Tails were forever doomed to remain tail-less, law school made me realise I was wrong: it turned out to be not just the place where the tail-less foxes find company, but also the one where they actually learn the art of growing one!

Shreya Agarwal is a Lawctopus’ Campus Journalist from NLU, Orrisa