When I joined Law School, I was pretty sure I wanted a career in International Law and Human Rights. I wanted to join the UN, and I wanted to travel the world.

Five years since, that ambition only grew from strength to strength, as I pruned my focus towards the aim with single-minded devotion.

As the last semester drew to a close, a rather encouraging professor asked me what I was intending to do once I graduated.

“International Law, Sir. Nothing less, nothing more.” I told him with conviction.

In that quick moment, I saw a flicker of despair in his eyes. But it settled down soon enough. “Are you sure, Kirthi? Your father’s practice – you could probably join him, right? International Law – there’s nothing you can do in it.”

“No sir. There’s plenty. Trust me.” I left his room – not in a huff, not in a stomp of adamant disregard. I understood his concerns – what would a girl do in Chennai, with International Law?

I’m cutting to the chase where six UN projects and a couple of freelance writing assignments later, the girl in Chennai actually got to do something with International Law.

That was when A38 was born.

I started it as a journal and consultancy with my brother, Karthik, and a close friend and colleague, Katherine R Vasquez Tarazona. We wanted to be among the “sources” of International Law, so we called ourselves A38.

We wanted people to gain from our journal, and not pay a price in doing so, so we kept it as an open access venture. We also cared immensely for the environment and our pockets, so we decided not to print copies, but to keep it digital.

One year and four issues later, I’m still alive to tell you the story. And it’s a positive one, one that can be yours, too!

At the risk of sounding preachy, I’m just scribbling a note here to show you the ropes of starting a journal on your own – and by all means, go right ahead and do it.

Knowledge is Common heritage (yes, this is our cheesy tagline, but I love cheesy and I love taglines…so),and as you give, you get back. Plenty, at that.

When A38 began as a small line in my to-do list, it was a fat vision, but I had to scale it down. I had ideas in my head, but it had to be reduced to action – first.

So as a first step, I crowned myself the President and CEO of the yet-to-be-born organization. This was where the vision came in. What field would this journal cater to? Who am I targeting? What are my aims? What did I want to see at the end of this venture? These questions will come to you as well – whether it’s a journal or a new model of the Titanic.

Make your notes, whittle down your vision from impractical to practical, and big to small. Small can become bigger with little steps, you see? It is a good idea to define what you want out of your journal. Put down the field it would cater to, the target audience, and the goals of your journal.

Notes in tow, I saw that this vision I had needed to be tightened up. Two more Presidents and CEOs came on board. I sat down with my vision and explained it to my brother, and to Katherine. They hopped on board with ideas of their own.

Plans started shaping up, and the nuts and bolts had to be fastened. We decided it would be a quarterly journal, because we had our own professional commitments to cater to. 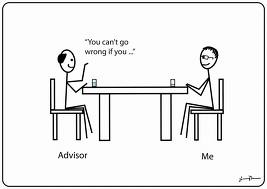 We also decided to have a Board of Advisors – because, well, we’re not experts ourselves, and we needed all the professional advice we could get. At this point, in your trajectory, it would help you to determine the frequency of your journal.

Determine the content you want to have – articles, short notes, book reviews, case commentaries, and perhaps even updates and round-ups of events relating to your journal. Decide who you want to have on board along with you – or if you want to fly solo, so be it.

Now that we had a team, and an imaginary office in one corner of the internet, we decided to make this imaginary corner a more realistic thing.

This was where the nuts and bolts came in. The President became the plumber. The CEO became the carpenter. I sat down with courses on web-designing, and bought myself a URL. (Google sells them, just 10$ a year!).

I designed the first look, and quite frankly, it was UGLY. Like the Grinch-in-a-tutu-ugly. A couple of weeks later, Katherine and I redefined the look, and it looked great. You can take a call on this part for yourself: either you hire a designer, or, learn it yourself and do it.

It is not very difficult, designing a site. A useful tip is to design it first as a blog, (use blogger or wordpress, they’re brilliant!), and then direct it to your URL.

This was where the nuts and bolts came in. The President became the plumber. The CEO became the carpenter.

Then came the part where we decided to translate things into action. We wrote out mails with our vision, and spoke to Professors and Judges and Lawyers and Arbitrators.

We had many rejection letters, either because we were fledglings, or because the people we approached already had affiliations with other Boards – but we weren’t deterred.

Ten brilliant scholars, professors, advocates and judges came together to form our board. And boy did we smile.

When you start off, make sure to decide a big list of possible people you might want to approach for a position on your board. Write out a very crisp, yet interesting email that you could send to them. Remember, a Board is only there to advice you, and not to “work” for you – so be sure to let them know that you will need their time and involvement only to that extent.

I’d advise you to definitely think of having a Board of Advisors – not just for the fantastic repute it lends your journal (HA!) but especially because of the priceless advice you do get.

We had many rejection letters, either because we were fledglings, or because the people we approached already had affiliations with other Boards – but we weren’t deterred.

By now, we were on our marks. Time to get set: so we designed the first “Call for Papers”, and put it up on our website. We were ready to go, so we made our Facebook Page and a Twitter Handle, where we published our Call. (We had already clubbed our friends into action by getting them to like the page).

We spent hours scouring the internet, and shared our notification on many legal networking forums (Lawctopus too!). In 24 hours, when we Googled ourselves, we actually found ourselves in the top 10 hits! Up until then, the Airbus 380 showed up too frequently.

With time, we had papers knocking on our door. Two issues later, we realized that we could also offer daily (or at least more regular) content for our readers. That was when our blog was born.

For the first month, the three of us bombarded the blog with our own posts, sometimes sharing news, other times just sharing views. At one point, it became too much for us to do it ourselves – and we decided we could let others benefit from what the experience gave us.

So we began a stream of 12-week long blogging internships. In the midst of this, our fourth member, Brenda Mwale, joined us from Kenya. At the end of the first season of our internship, we realized that it actually worked mutually. We had a set of fantastic interns, of which one, Kiri Flutter, joined the Editorial Board from Australia.

A steady stream of classy interns followed suit since. (We love you guys, but naming you individually though might give me and all of you a warm fuzzy feeling, to the rest, it might be worse than a roll-call. So.)

From then on, there was no looking back. Yes, we did get a lot of papers sometimes. We got very few, sometimes. Sometimes we encountered some writing with grammar capable of genocide.

Still other times, we wept buckets at how brilliant some articles were. Either way, we learned abundantly as our knowledge grew. That’s all part of the journey: you need crests and troughs if you need to sail, right?

Kirthi is a co-founder of A38.