Home » Blogs, News, Advice » Jack and Jill Went Up the Hill – A Lawyer’s Perspective [Legal Analysis of the Plot, Characters, and Setting]

Jack and Jill Went Up the Hill – A Lawyer’s Perspective [Legal Analysis of the Plot, Characters, and Setting]

The moment a reader/lawyer thinks he has figured it all out and his answer is correct, he has lost the battle of interpretation and exposition. It is all about perception which evolves on every reading and changes the connotation and brings us back to square one and the whilom interpretation would sound farcical. Although a poem or a statute must be read as a whole; however, that whole is not made out of nothing- it is made up of the golden pauses and periods, and therefore each word is capable of ambiguities and allusion.

The first step to master the art of poetry analysis and legal practice is that there are questions that do not have answers; all they have is conception and perception. Everything depends on the reader, his culture, and his level of awareness and understanding.

Poetry and law require us to turn the searchlight inwards and dig deeper for elucidation. In the case of poetry, the poet has accomplished his task of weaving words, now it is up to us as to how we look at those words and adapt them as our own, as per our cultural, morals, and intellectual comprehension.

However, we must learn to ‘see’ the new and aesthetic ambiguities and interpretations, even when the poem or client’s situation contains the same olden fragments. Both poetological and legal imagination knows no boundaries; they both travel to the utopia and back.

Hence, rhyme and reason quadrate with each other. I will engage in a different method (or anti-method) of reading, and legally deconstructing the shards and fragments of the traditional nursery rhyme ‘Jack and Jill’ by Mother Goose to understand the forgoing arguments and the questions and doubts which one might face as a lawyer while interviewing a client. 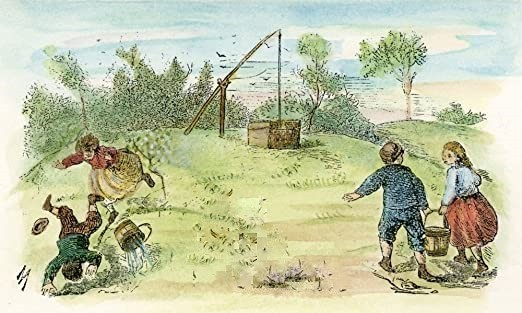 As a first-year law student, one needs to study the client’s situation and think from all angles. For instance, in the instant case, one of the two characters, Jack and Jill, comes to you as a client and narrates the following story (verses) to you:

Jack and Jill went up the hill

To fetch a pail of water.

Jack fell down and broke his crown,

And Jill came tumbling after.

Up Jack got, and home did trot,

As fast as he could caper,

He went to bed to mend his head

With vinegar and brown paper.

When the long narration by the client is over, what questions should pop up in your mind? How should you conduct client counseling? How should you approach the case? Now it is your turn to ask open-ended, guiding, close-ended, and reflective questions to build up your story brick by brick.

Here are the suggestive bricks you can use to reflect on the factual matrix:

Every legal conundrum commences with a dispute between two parties at least one of whom should be a complainant/victim/petitioner/plaintiff, and the other party should accordingly be accused/ respondent/ defendant.

To file a suit, the basic details like the name and gender of the person must be indisputable. However, in the instant case, the two people involved seem to be genderless. Both Jack and Jill can be from any sex or gender. For the sake of understanding, let us assume that Jack identifies as a man (he/his) and Jill identifies as a woman (she/her).

Now, some facts and issues which a lawyer would like to get clarity on:

b.    Were they both climbing the hill together at the same time or separately at a different time?

c.    Were they climbing this hill for the first time?

d.    Do they both know each other: Are they friends? Are they lovers?

Let’s see if we can decipher the situation from the next verse.

The purpose of climbing the Hill gets a bit more clarity through this verse. They both went up to the Hill to fetch a bucket of water. However, the following question will still puzzle the lawyer:

a.    Were Jack and Jill carrying the same bucket or separate ones?

b.    What is the source of water on the Hill- river, spring, tap water, well, or waterfall?

Now if they didn’t know each other, they must be carrying separate buckets. Besides, if the source of water is not natural, then they both must be competing with each other to reach early and get their bucket filled sufficiently.

These are all presumptions and interpretations. As a lawyer, one must listen actively and passively to analyze the situation and build his side of the story such that it narrates the case beyond a reasonable doubt.

3.    Jack fell down and broke his crown

This verse surely needs to be broken down into two parts:

Jack fell down: The words ‘fell down’ do not state whether Jack rolls down the Hill or he just fell there at one spot. Moreover, how did he fall, what was the cause? It might be the case that the place where he went was wet due to the presence of water or Jill or someone else present there must have pushed him. Or maybe he got into an altercation with Jill or someone else over the pail of water and due to that lost his balance and fell down.

Stretching the factual matrix even further, can we assume that Jack tried to misbehave with Jill provided not many people were there upon the hill and Jill pushed him, or maybe someone else tried to misbehave with Jill and to help her, Jack lost his balance or was pushed by the third party? In that case, a lawyer must a question if the Jack was just hurt or grievously hurt as the third party (accused) would be tried and sentenced accordingly.

In case of hurt,§319 of Indian Penal Code, 1860 stipulates that a court can punish the convict with imprisonment up to one year with a maximum fine of INR 1000. And if Jack was grievously hurt, §325 lays down imprisonment up to seven years with or without fine. Or was it a case of attempted murder or homicide? Maybe someone knows of Jack’s schedule and he accordingly planned to murder Jack by pushing him down the Hill or by using any weapon.

A lawyer must use open-ended, guided, and closed-ended questions to build this story further. It might also be the case that Jack was an aged person and he fell or lost his consciousness because of his frailty. There is no end to the imagination; it can be as tensile as one wants it to be.

Broke his crown: Assuming that Jack is not a little boy carrying a toy crown or a king of some kingdom (is it safe to presume that a king wouldn’t climb the Hill to fetch a pail of water for himself?), we can comprehend that Jack broke his head by falling. In other words, he suffered a serious injury.

4.    And Jill came tumbling after

Here comes a twist in the story! The other party in the instant case tumbled down the Hill. The foregoing matrix remains more or less the same. But, can we also build our story on the premise that both Jack and Jill were lovers, and a vigilante crowd on seeing a man and a woman together grew furious and being the so-called guardians of Victorian morality attacked the couple due to which Jack and Jill fell down.

Or again as I mentioned, someone tried to kill Jack and Jill to save him, intervened, and tumbled down.

Surprisingly, both Jack and Jill fell down, but it was only Jack who got up and ran home. Why didn’t he help Jill? What happened to Jill? Is she alive? We don’t know yet. This is a cause of suspicion and brings Jack within the radar of prosecution as a potential offender or murder, as the case may be.

Or maybe the murderer or vigilant crowd was still after him, and he was trying to save himself. Or maybe Jack and Jill are not friends or even acquaintances.

Again, Jack ran, skipped, and jumped his way home. He was surprisingly in a rush. This symbolizes that he was grievously hurt. To move beyond the radar of the prosecution’s suspicion, Jack may have to break the chain of the story built by the prosecution.

Shreds of evidence like Medical report or Medico-legal Report (MLC), First information Report (FIR), CCTV footage, and police investigation report must be brought into the picture to break the chain. Eyewitnesses must also be examined.

7.    He went to bed to mend his head with vinegar and brown paper

If Jack was grievously hurt, instead of going to a hospital or seeking medical help, Jack preferred to use a home remedy to treat his injury. This is one of the acts which push him into the radar of suspicion. If Jack was attacked by someone, he must have taken recourse to public authorities immediately.

Why didn’t he report to the police or why didn’t he seek professional medical help? Was he trying to tamper or fabricate some evidence against him? Does this point towards mens rea?

Repeated reading of the poem from varying perspectives can bring to light the various legal questions that a lawyer might ask during client interviewing, examination in chief, or cross-examination. There may be multiple perspectives and interpretations of the poem or legal case.

Learning how to ask questions, weighing various factors and balancing them, analyzing the factual matrix from each angle, segregating relevant facts from the irrelevant ones, understanding the settings- these are all crucial aspects of reading and lawyering.

A lawyer, just like a reader, has to absorb and assimilate multiple perceptions and possibilities some of which can be mutually exclusive, however, a good lawyer and a good reader never scoop out one possibility at the cost of another. Interpretation never stands still, not even between two readings by the same person, let alone reading by two persons.

Poetry, forsooth, is a spider’s web of thous puzzles yet to be unfolded and solved.

Contradictions and romanticism are often an essential part of the game.

People, poems, and cases- these aren’t mazes and puzzles which once solved will be solved forever. They are perplexing, full of incertitude, a reader and a lawyer must keep digging deeper, and each dig would proffer intellectual calisthenics and help discover the world of escapades for the client. The ambiguities would not lead to confusion; rather they would lead to richness and depth.

The permutations and combinations would lead us not to a conclusion but to a point of interpretation that will help us connect the dots, build up our case, and prove our perspective beyond a reasonable doubt, at least for the sake of concluding the trial.

Aastha Khanna (preferred pronouns: she/her) is a commerce graduate currently pursuing LL.B from Faculty of Law, University of Delhi. She has played an active role in student politics at University level by serving as the Joint Secretary of Students’ Union, Law Centre-1 and President, Women’s Cell, DUSU. Besides politics, she has played major roles in various societies and committees of her college and Faculty and organized national level events.

Aastha is a heavy proponent of ‘Refuse, Resist, Rebel, Revolt’ and therefore does not shy away from raising her voice for causes that matter.

If you have an interesting take or an informative cake on the law, law as a career, or the law school life, please email your write-ups, notes/tables (the informative cake bit), poems, etc. to tanuj.kalia@lawctopus.com with the subject-line ‘Blog for Lawctopus’ 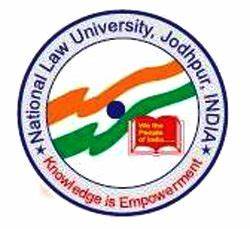