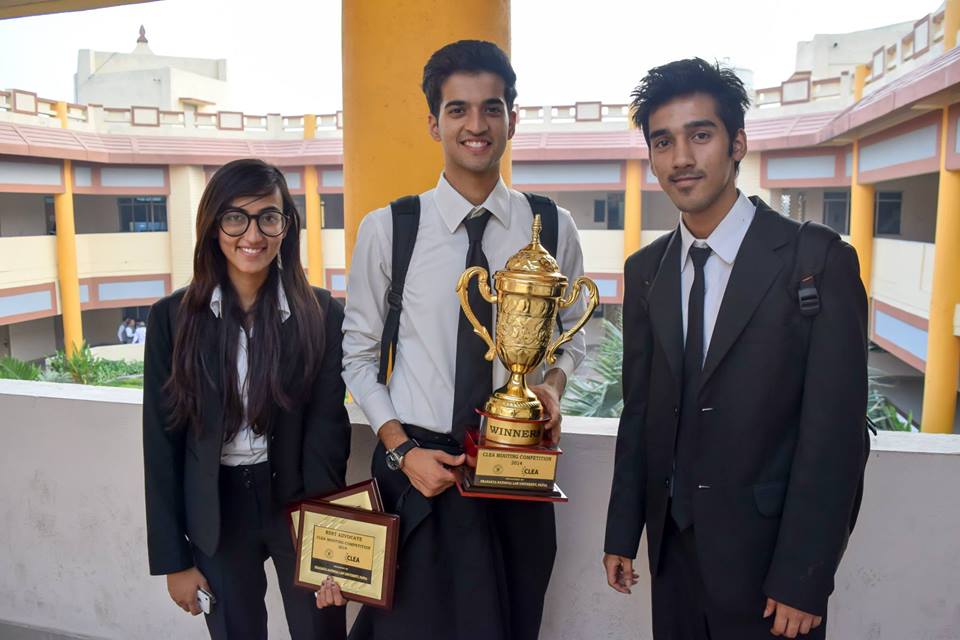 Editors Note: The Commonwealth Legal Education Association (CLEA) has been organizing the CLEA Moot Court Competition in which Student Teams from universities from the Commonwealth compete for the Turnbull Shield.

RW: Hey guys, congratulations on your victory! What made you choose the moot in the first place?

Also, the idea of a ensuring the continuing relevance of the Commonwealth as an international organisation through agencies such as CLEA was also appealing, and provided the college with added incentive to participate in a moot which encouraged any such interaction.

RW: How was the process of preparation? How did you go about each stage?

Praharsh: All of three of us began work in earnest about a month prior to the competition commencing, dividing issues and arguments amongst the team to ensure some modicum of efficiency.

We were fortunate to have a fifth year member on the team, who took us through a lot of the complications and intricacies of the problem through the preparation period.

The most difficult stage was the preparation of the memorials, and with the help of seniors we managed to finish it in time.

RW: How was it like working with the team? What do you think are your team’s fortes? What were the roadblocks?

Praharsh: The team comprised of two second years and a fifth year, so there was a clear division of responsibility from the beginning, with all of us having particular roles within the team.

Also, all of us knew each other prior to the competition, so there was a level of comfort that existed, which was our biggest strength.

A problem we faced continuously was the lack of any expertise in the area of medical negligence in the students in the University, so most arguments and ideas were novel, and therefore far more prone to errors.

RW: How many teams were you up against in the competition? Which team would you consider to be your toughest competition?

Praharsh: It was an extremely competitive tournament, with 32 teams participating, of which most prestigious law schools in the country were part.

The most difficult round we faced was against NLS in the quarter finals, where the judges were in an exceptionally aggressive mood, and decimated any arguments that we even attempted to put before the court.

However, the feedback from that round was also very positive, and helped us further on in that tournament.

RW: How was your experience, particularly in the final round?

Praharsh: We were prepared for a difficult tournament, but did not anticipate such strenuous rounds, while the exemplary level of judges that were present were in tune with the prestige of the tournament.

For us, as law students to have the opportunity to argue before sitting High Court judges will always be a hair raising prospect, and to do so in the finals of an extremely prestigious competition was the collective highlight of the tournament.

RW: What message would you like to pass on to fellow mooters and the non-mooters?

Praharsh: I think that mooting as an activity is an intrinsic part of law school, and something that all students should take part in atleast once, for the practical insight that a tournament provides.

For anyone interested in the activity, always choose a moot based on a subject matter that interests you, which is a possibility considering the diverse subjects on which moots tournaments take place.