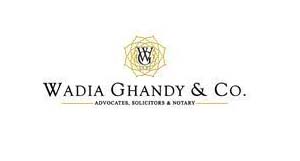 Duration of the internship. No. of days/week. Timings

The associates and the partner stayed back longer than 9.30 in case they had urgent work to be completed. They worked on 1st and 3rd Saturdays for half day.

Wadia Ghandy & Co is one of the oldest law firms of India founded in 1880s in what was then, Bombay. The Chennai office was set up in August 2009.

The firm led by the 1 partner, Ms.Shona Malvi, 1 senior associate and 4 associates has represented many noteworthy clients across sectors.

For internship you should call up the Wadia Ghandy office (the contact number is easily available on the internet) and they would provide you the mail ID to which you could mail the resumes.

The firm has a policy of taking only a maximum of three interns per month. You should apply at least 2-3 months in advance through mail. The firm will get back to you by call or mail within a maximum of 4 weeks from application. You have to furnish the exact dates of internship with application.

Being a Chennai-ite, I had stayed at home (Besant Nagar) and it took me a good 45-50 minutes to commute.

I reached the Wadia Ghandy office at 9.45 am on the first day and I met with the partner of the South Division Chennai, Miss Shona Malvi who gave me a warm welcome and briefed me about the firm.

Later, I was asked to set up my laptop in the Conference room and was provided with Wi-Fi and stationery to make my notes on the topics given for research.

On the very first day I was given research work on various topics and cases that the firm had undertaken at that point.

My main tasks were mostly research work on the new Companies Act, 2013 as well as comparison of the Act of 2013 with that of the Act of 1956.

In addition to the above, I also researched in relation to the Indian Contract Act, 1872, the Indian Partnership Act, 1932, the Transfer of Property Act, 1882 and also certain FEMA and RBI guidelines and regulations.

Alongside, I also assisted in the research of Labour Laws like the Factories Act, 1948, the Payment of Wages Act, 1936, the Payment of Gratuity Act, 1972, the Contract Labour (Abolition and Regulation) Act, 1970.

The Wadia Ghandy Chennai office, being a branch office is small and with a handful of associates but there is a lot of interaction between the associates, and even the partner.

At times, the partner had helped me personally with the projects given to me. In case of any difficulty you could directly approach the senior associate or the associates, who are happy to help.

The associates (including the senior associate) were some of the most chilled out and amazing people I have come across during my internships and they treated you as if you were one among themselves and cracked jokes with you during the breaks we had.

The best things of Wadia Ghandy internship were the timings and the work flexibility. Because the office timings ended at seven, I had time for myself.

And there was no deadline on the work which essentially signified that the firm allows the intern to learn rather than out them under pressure of work.

The basic idea behind the work given to the intern was that he/she could learn the law rather than just giving results to the topics given. The partner and the associates welcomed doubts by the interns on the points which were not clear. Work was to be done correctly rather than in haste or before time!

Since most of my work was research based and dealt with Corporate Law which I had never studied before, it did get a tad difficult to work it but nevertheless it was a great learning experience as the associates helped me understand the provisions clearly!

Sometimes, there were dry spells when no work was given to the interns and that did become very boring.

All the associates, interns (there were two more apart from myself) and also the partner had lunch together every day and that was one time when we all got to talking more freely and casually.

Wadia Ghandy, Chennai doesn’t have a policy of giving stipend. But they did cut me a cake on my last day of work as an appreciation of the work one.

One of the things I learnt during my stay at the firm was that one should not rush with work given but should do it thoroughly and slowly so as to not make mistakes!

And the best things I learnt from Ms. Shona was that in case of any doubt in the provisions of law, one must always look for logical reasoning in it since law is nothing but logic, and if the provision is illogical then it is not proper law!

The #GoM also took note of the enhanced health infrastructure details from across each state of the country.

During #Unlock2 , #GoM noted that focus on Containment & Surveillance be sharpened

🔻#ContainmentZones to be demarcated
🔺Zones to be notified on the website
🔻Strict Perimeter Control
🔺Intensive contact tracing, house-to-house active case search
🔻Buffer zones to be identified

It was highlighted at the #GoM that only 32 districts are contributing 80% of total deaths in the country.
Also, 86% of the total deaths are concentrated in 6 states
@MoHFW_INDIA @PMOIndia @HardeepSPuri @nityanandraibjp @DrSJaishankar @mansukhmandviya @AshwiniKChoubey @amitabhk87

#GoM
Among imp issues highlighted was the need to further strengthen :

I had a very good call with my friend @BorisJohnson, 🇬🇧 Prime Minister, about the global #COVID19 situation. We discussed intl. cooperation to fight this pandemic, importance of learning lessons from it & preparing better for future global health threats.
https://www.gov.uk/government/news/pm-call-with-dr-tedros-director-general-of-the-world-health-organization-8-july-2020

🇨🇩Health workers, @WHO, @MinSanteRDC & partners celebrate the recovery of two #Ebola survivors from the most recent outbreak in #Mbandaka, #DRC. The patients were discharged from the treatment centre to rejoin their families & communities yesterday.