Walking down an avenue, next to the famous Bengali Market in the boiling heat of May in our beloved Capital can sometimes give you much more than just a dozen food options.

I realised this first when I joined my summer internship under retired Justice S.B. Sinha, a legendary name in the Supreme Court and famous for his dissenting opinions.

His Wikipedia page says (as we read on the job) that he’s been termed all through his career as a workaholic and in this case, Wikipedia was as good (or bad, if you feel a rising complex seeing his capacity to work) as its word.

I had joined after having a phone conversation with Sir and mailing my CV to him.

He had reverted back within a few days and offered me a position as a research intern in his office. Fresh out of 2nd year, my confidence with internships still isn’t as bold as a war-hardened 4th or 5th year student and I was, understandably, scared of making a fool of myself.

However, good things happen when you least expect them to, and I realised on my very first day, that the work being handed to me was indeed my cup of tea (with multiple cups of tea and biscuits). I was given a case study first, to analyse and make notes on a pending arbitration matter before Sir.

One unique thing about this internship has been the attitude of my temporary boss. Usually it’s hard to even catch a word with lawyers and arbitrators with whom you probably get to spend your maximum time when either they’re arguing something out of your grasp, or are signing your certificate and shaking your hand with best wishes.

However, even if busy, sir would always allow us (me and my fellow interns) to ask him for direction, or show him any of our research work.

Subsequently, sir gave me two more matters to read on and makes notes of. Side by side, in my free time I was always occupied with a number of propositions he’d give us to find cases on. They were pretty complex and often would take time with a lot of twists and hopes of him agreeing to something slightly easier to find (and sell). 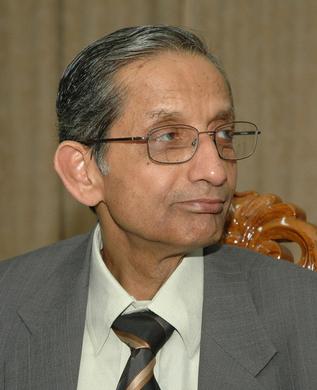 The company we worked in was mostly sweet and (or) entertaining. Be it the failed eccentricities of the junior clerk and his subsequent face offs with a mildly irritated Justice Sinha or the ever sweet and inviting Associate ma’am, it all came out to be pretty happening. We got enough food to stuff ourselves and were provided tea when needed.

Also, we regularly got to see Sir’s son, Abhijeet Sinha, a successful lawyer and ex-AMSS principal associate. He would often carry a more stern look about him, but we soon figured out he’s sweeter than what seems.

All combined, we had huge amounts of research to do daily and would often crib about the relentless database browsing we did. However, occasional entertainment was also provided by an office worker, who we suspected, was at some point of time James Bond. His extravagant lines and usual gimmicks would often leave us breathless with laughter (behind his back, of course).

Another remarkable thing about this internship was the freedom of movement. Coming late and going early, and most importantly taking long lunch breaks would never irritate Sir, provided we managed to finish our work for the day (which anyway was enough to keep us busy at least 6 hours a day).

Afternoon heat and accompanying ice cream breaks, often extended to Nathu’s pastry breaks, sometimes even extended to CP Starbucks’ breaks (though very seldom) was something I would miss about this internship.

Coming back to work, we also got regular conferences with Sir who would make us sit while dictating judgements or perhaps helping younger lawyers who came to seek his assistance.

We’d listen well (mostly!) and hear him clarify various contentious points of law with apparent ease. Often, he’d ask us to read judgements (who’s citations he amazingly remembers somehow) and would later ask us to find data related to those judgements.

Drafting work wasn’t given to us, that shall remain a regret, however the quality of research work provided, and the data provided for our perusal, straight out of the vault of a senior arbitrator, was more than what we expected or could ask for.

One common feature of all the people in office was their apparent liking for our presence amongst them. Not only was everyone warm and polite, but also ever ready to provide guidance for any work in which felt stuck.

All in all, with enough cash blown on bottles of evening beer (originating from the outdated concept of evening tea), and lots of chicken tikka, we had an amazing internship with loads to learn and lots to carry back.

Though with no stipend (as of now, hopes are alive till we receive our internship certificates which are supposed to be mailed to us), the internship would definitely count as one of my best, not because I got plenty of interesting work, but because I can now look back upon that one month of my life and register it as a memorable time in my law school life.

India has one of the lowest #COVID19 mortality globally with less than 2% Case Fatality Rate.
As a result of supervised home isolation & effective clinical treatment, many States/UTs have CFR lower than the national average.

The Mahila Arogya Samitis in #Kerala continue to provide care and basic necessities, including food, medicines, masks, hygiene products to communities and migrant workers amid #COVID19.

When we focus on Adolescent's Health, Fitness and Nutrition, we enable them to reach their full potential.

Know more about ‘Adolescent Health’ initiatives at your nearest #AB_HealthAndWellnessCentre