Name of the Organisation, City

How big was the office?

Mr. Phiroze Edulji is an independent advocate, and hence it was just him and his clerk who managed all his work. Most of our interactions were with the clerk.

My friend happened to know about the internship through a source and wanted me to tag along too. We sent our application letter along with our CVs to [email protected]

Duration and No of days/weeks timings

The internship was for a period of 1 month. Monday to Friday.

The timings were extremely flexible. We could reach by 10 30 and leave by 5’o clock in the evening.

To be quite honest, the first impression was really bad. We were asked to report at 1. 30 and immediately after we did, we were sent to a court room where our mentor, Mr Phiroze Edulji was not even present.

His case’s turn was after 2 hours and we were made to watch court proceedings which would have been helpful if we were acquainted with the facts of the cases.

Nevertheless since it was my first time inside a court room, it was a good learning experience to understand the decorum followed by everybody inside.

How the cases proceeded and the behavior of the judges. We were not even able to meet Mr Edulji on the first day which was quite disappointing.

There was not much work involved other than observing court proceedings. once in a while, if we were lucky, we could speak to our mentor who was extremely busy and could only say a few words. We were asked to read case briefs which involved cases relating to anticipatory bail.

Since I had not worked in the trial courts before, it was hard to understand the procedural aspect of it. The work environment was hence very chill but at times it did feel disappointing when there was no work. We were asked to research on few topics “DNA testing in India” and he wanted our opinion on it.

We were also asked to proof read documents. If I had to give a review, I would not really suggest this internship to anybody who wants to learn as much as possible in a summer vacation.

The best thing after the phenomenal atmosphere of the High Court was observing the dynamic judges handling cases. It felt overwhelming to see how knowledgeable they were.

After the court proceedings the high court cafeteria requires a special mention. It was the one thing which made us want to go everybody considering how cheap and delicious the food was.

The Bad things as mentioned above was how less I got to work in this internship. No doubt I got to learn certain things, but overall it was not up to what was expected out of working under an advocate. There was no scope for personal attention.

What did you do to chill/co-interns, colleagues?

Since the co-interns were my classmates it was quite a fun internship.

The place around High Court is quite reputed and starting from small time fast food thella wallas to CCDs everything was available. Calcutta is paradise when it comes to food. 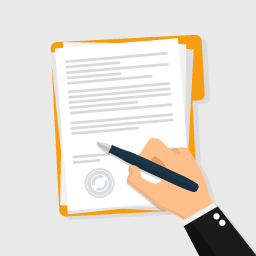