I applied for an internship by personally contacting him on phone.

He invited me to join from the very next day. Hence, the next day I submitted the recommendation letter issued by my college and xerox of my college identity card.

Duration of internship and timings:

Mr. Deepak practices in District Court so I reached directly there. The building is huge, it has 3 floors consisting of around 56 courtrooms along with 20 other rooms for administration.

The basement is the home of advocates. Each advocate has his own certain fixed area from where he organizes his activities.

On enquiring from Sir, there are around 5000 advocates practicing in the district court. Initially, I was shocked to hear this, but the moment I entered the court premises, I witnessed it, the crowd there was huge.

All the space was occupied by advocates, each advocate had a bench and a table of his own, kept in a very congested space. There was not enough space to walk. The courtrooms were on the first 3 floors.

My internship for first few days involved observing him and reading case files. The schedule was too tight, the work started from 11 a.m. at the court which continued till 5 p.m. sometimes 6 p.m., then I was required to reach his office by 6:30 p.m. and

I remained there till 9:30 p.m. After a few days, he asked me to assist him in drafting plaints and replies. He also explained to me about the art of drafting replies.

I observed him arguing, cross-examining witnesses etc. Subsequently, he also asked me to collect dates of various cases and to enlist and forward the same in the diary.

I read case files of various matters which included civil disputes, criminal complaints, family disputes, cheque bounce cases etc. Since all the drafting was done in Hindi, it was quite difficult to comprehend it sometimes.

Mr. Deepak also had a good amount of cases at consumer forum, so I got opportunity to visit there too. He also asked me to draft a plaint on consumer complaint which was quite easy.

I also visited at collectors’ office along with him for hearing of various revenue disputes.

The most fascinating thing for me was that the so-called “babus” of the court openly indulged in corruption even in front of judges.

Some of them took 50-100 Rs. on every hearing and this was the situation in every courtroom, although there were some who were honest and refrained from such practices.

Mr. Deepak was very friendly and cooperative. Since I was the sole intern I had no colleagues.

Drafting of plaint was quite exciting as it increased my knowledge manifold.

The internship was amazing except the behavior of those “court babus”.

No stipend is provided.

I reside in Bhopal so accommodation wasn’t a problem for me. 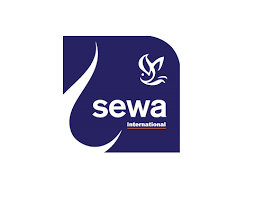