By Jatin Garg
LEARN Legal Research and Writing Via this Online Certificate Course by LLS [Oct 5 – Nov 30]: Register by Oct 5

Full name of the Organisation, City and State

The application process consisted of me sending my Curriculum Vitae to his email address after which there was a follow up for an interview. The interview consisted of basic question varying from matters like tax and civil procedure.

The internship under respected senior advocate Sourabh Soparkar at the High Court of Gujarat was an insightful and enriching experience. The internship helped to gain knowledge not only in the niche practice of admiralty and tax law but also in general counsel practice dealing with an array of diverse matters.

The work which I was given was to read case files and research upon those. Since most of the matters were pertaining to Income Tax, of which I had no prior knowledge it became a little difficult for me to grasp the core concepts of appeal and others writ petitions filed before the High Court pertaining to tax matters.

Other than explaining to me what tax is, one of the foremost tasks which I was given was to grasp the concept of S. 148 of the Income Tax Act, 1961. I was given a compilation of judgements which tracks the trajectory of underlying issues of S. 148 i.e. Reopening of Assessment.

This helped me understand the possible grounds which could be taken by the assessee in cases his file has been reopened by the Assessing Officer. After gaining the preliminary knowledge, I was asked to draft a Writ Petition asking for quashing the notice for re-opening issue u/s 148 of IT Act.

Senior Advocate Sourabh Soparkar’s office notably specializes in Income tax laws where he outreaching practice is not only limited to High Court of Gujarat but also in ITAT, NCLT, and in Arbitrations. Given this wide array of subjects in addition to the counsel briefing matters, this internship gives me the opportunity to explore and play with the different file of law like Company Law, Constitutional Laws, Tax laws, Civil Laws, Admiralty Law and etc.

Since this is an office of a senior advocate, the most disadvantageous thing that occurred to me was the fact there were little to no original work which sir directly took under.

Since this was the first time I had interned at any office which exclusively practices in High Court and Tax matters, a little time was taken by me to familiarize myself with the work and style of practice of a senior counsel. The work which was assigned to me was chiefly based on court proceedings, research on a different aspect of law and on the drafting of certain tax writ petitions.

The lesson I learnt here was that unless and untill I am interested in litigatiom, one should not intern under a senior advocate. 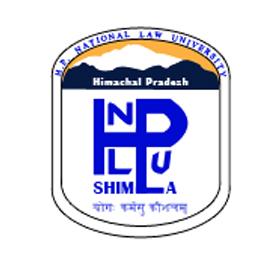 CfP: Journal of Law, Business and Economics by HPNLU Shimla [No Fee]: Submit by Oct 30