This step is for those , who are applying from outside Raipur or C.G. Since I was a resident of Raipur, I took my Bonafide Letter to the address and there we have the Research Officer Mr. Manish Mishra, who generally looks after the intern related affairs and also gives a good dealing of knowledge as to the work of CGHRC.

CGHRC provides internship for only 21 days and with a strict attendance every day your presence is marked, and absence is marked with double strictness.There is no compromise in attendance curriculum.

On my first day in CGHRC I was rather worried about how I would fit in, would I lose my credibility if I didn’t know or missed any formalities. But, CGHRC turned out one of the best experience for me since I had great interest in the field of Human rights.

On the first day, I had three other new interns with me ,all three of us were given brief introduction about Human rights , Code of civil Procedure.The one thing that I assured myself on first day was time seriousness that I had to keep. Every one were relatively friendly, and infrastructure was not that bad.

Our major tasks was to study cases dealing with several aspects of Human Rights. But that was not all! Through discussions with the members their I learned the procedures and other reality we never were aware of.

The tedious task began when I had to study a pile of cases , in Hindi and convert them. But thanks to that , I realized and learned a lot of ‘legal Hindi vocabulary words’.

I had sessions and by the end of the internship I had to prepare a project on our learning. CGHRC deals with tedious task of whether to accept an application relating to violation of Human Rights, but the study of such application was an experience itself.

You come to realize that how important the work environment is when you go in an internship. I realized it in this very one.

Work environment is very comfortable and everyone was rather helpful and rather to teach if you are ready to learn.

The best thing if I were to point was that how I were thrown out of my comfort zone and taught that you first need to delve in the attire of your clients zone then you can delve in your own. And every person was ready to help you with your research .

The only thing I disliked was nothing!

There were no stipends!

I really came to like the way I developed my vocabulary after this internship, because we all know that all game in English would be rather hard dealing for us. So I learned the significance of the local language and how big of role it plays in our advocacy.

Another thing which I feel is every law student should at least once do their internship in any human rights commission because, it makes us aware that we as law students how much do we know our own country’s human rights situation and legal situation.

I suggest that rather starting to work directly fro NHRC, one should have a closer look at the state domain first.

This is my own personal experience.

Since I am resident of Raipur, there was hardly any need for accommodation. Though a lot of PGs and Hostels are available near the area.

But during the lunch, me and the other interns would often chill out in snack parlor around the area with our watches intact!

The official timings began from 10 A.M to 3 P.M

The timings were not relaxed except for lunch when everyone found some time for chilling out. 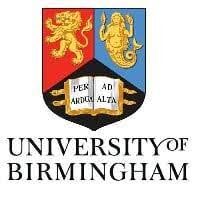 Global Masters Scholarship 2022-2023 by the University Of Birmingham, UK: Apply by June 30