Hi. My name is Malvika Raghavan, and I am a student of ILS Law College.

But let me draw a distinction here. I am not outraged by what they tell you about my college or their accusations in blaming what they deem to be repugnant.

No, what is absolutely outrageous is how stale this perspective this, and how it has taken the form of a dominant narrative in our college.

I do have a confession to make though. I am, in fact, just a second year.

You will of course point your finger at me and say that I am inexperienced and young.

You will say that one year of college life is hardly enough to judge this place since you do not even know what you will want and need as you grow up.

You may dismiss this post as a post by a “kid” and share the other hate posts, and sit around moping about how the world is such a sad and bitter place.

But the truth is, as any other first year who is bold enough to come forward and admit, we are the targets. We are new to this entire life, and therefore the easy targets.

We take what our seniors say as the Gospel’s truth, and then we start perceiving the college that way forgetting for one thing that we are all different and no such generalisation can be drawn.

Our sheer nervousness and need for acceptance is the reason why we forget that there are so many factors which influence an attitude, and we are all capable of having our own views and taking a stand.

This post is for all those people who wish to join this college, and do not know what to expect.

So before you are lured into believing that this college is not for you, a trend that I have seen build up in this college, I believe that I have the right to give you some fresh perspective and hope to keep you away from absolutely stale accusations.

So yeah, the biggest problem that some people in ILS actually have is this constant need to be motivated to study. They ALWAYS require a figure of authority to sit over their heads and then to make them study like five year olds.

“I cannot study without some pressure”.

But then, they will, like hypocrites talk about how we have come to college to study law, and to actually learn law.

I do not know how many people really know this, but I do believe that most people who begin college are at least 17. And we find 17 year olds looking desperately for some pressure to study?

The truth is, if you want to study, you will study.

All the academic requirements of students have been met with qualified teachers, a library swarming with thousands of books rendering centuries of knowledge and reasoning in respect of the law and the others, ample opportunities for mooting, debating and other co-curricular activities.

All we need to do is reach out and grab the fruit.

The reaching out takes the bit on our part i.e. effort and a demand for another institution which would spoon-feed us the motivation or the so called pressure for even that little an effort would be to overextend the concept of an institution itself.

True, an institution which lies for human benefits is meant to ‘provide’.

But the act of providing holds significance in our acceptance, reception and utilisation of that which is provided. That part has to be done by us.

Thus, in other words, an institution is indeed meant to provide, but not to force anything down our throats which it cannot do.

Secondly, it is accepted that the little effort which is to be put in by us is not always practicable due to our own laziness and lethargy.

In fact, these two are very much the reason as to why some amount of pressure has to be put on human beings to make them function.

Human will, to a certain extent, has to be forced. But it is the very same human will that renders an absolute system of force and pressure impossible.

Also, the conception of absolute force dominating human will is a degradation of the latter. 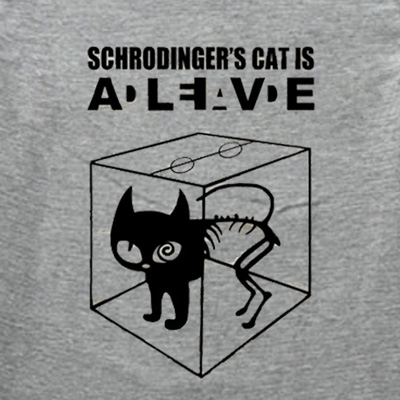 I do significant things because I realize its apparent importance in my life. And for such action on my part I will utilize certain tools, only to the extent that they facilitate my action.

But the same tool is not to be expected to arouse that consciousness of the task’s importance in me, but merely expected to be worthy of utilization to accomplish the task. And so it follows; I am the master of my consciousness towards action and ILS is merely a tool.

Such are human beings and such is expected of them.  Therefore, if you really want to know the law, you will also go to the library and you will pour over books, and I may even see you flipping through the Constitution or Salmond on Jurisprudence.

So let us get to the more serious accusations.

The professors of ILS apparently do not have the ability to teach law. This will have to be addressed in two parts.

Firstly, the question is, are we really qualified to judge professors who have taught for years together? I do not think that we are in the position to judge a professor, let alone his or her ability.

That is merely the operation of what many call “arrogance of the youth”.

The truth is, we have our own prejudices and teachers are no exceptions to this. But what is to be understood is that most of us allows these biases to colour the way we behave in class.

Whether a professor is a good human being or not may be for you to decide, but it is one thing to judge a man for his virtues and vices, and another to judge his ability to perform a task based on how he treats you.

And of course, the general accusation that “Professor’s class is not interesting enough”.

I do believe that order rests owing to some principle of reciprocity. It is definitely not the highest and scariest ideal to have, and most law students know this principle well.

How often do we really sit in class, actually listen to the professor, and not just before the attendance?

Do we take every bit of information and knowledge from that Professor who we accuse of being ‘too boring’ or ‘too preachy’?

I do not think that it is the Professor’s job to “make the class interesting” by jostling with your laziness to actually pay attention to him or her.

Forget the ideal; some would even call it being resourceful. Take all the resources that are given to you, and utilise it completely.

What we utterly lack is, to use a technical word here, is intrinsic motivation, the motivation to do something simply because you love the activity itself.

I believe that we come to college to learn the law, and a way of making a career out of it. I believe that the objective of going to college is to further prepare you for the outside world, and to work within the confines of various obstacles and limitations.

The truth is, as I have clearly expressed before, this is not school and you are not 15 anymore.

We are all adults, who are to learn the tricks of what life really holds for us, and the most successful of us are those who can exercise their will in such a manner that it benefits them the most.

This is what college is supposed to be like- a glimpse of the real world where you are on your own, and sometimes nobody will really care about you.

But what is important is not that you go through it, but you benefit from it, and still retain the ideals that you hold as you graduate as a law student.

And I say this because we all are law students. As lawyers of any kind, we do have a say in how society should function. When we step out to practise, we are called Officers of the Court and we are expected to be the finer cream, the crown of society’s intelligentsia, the agents of the law.

Our choices are not easy. We are not different in terms of intellect, but in terms of our awareness of a conscience consistent with the law. That is what most law students aspire to be.

My post is not a justification of this college. I do concede to the fact that imperfections may exist, but none of them can be so large that we end up writing hate posts.

They are not wrong when they say that I am just a child, but I believe and hope that my idealistic perspective (idealistic these days) will allow me to balance my needs in such a manner that my aspirations and beliefs do not die as I progress.

The objective of this post is clear- to revoke some lost ideals, and to provide a newer way of looking at things.

It is to ask that nervous first year who joins this college to take control, and to understand that conformity is not expected of you. That be prepared to exercise your individual will for your own good or destruction.

The better elements of this college must be highlighted- a vibrant set of seniors who never make you feel out of place, and often place a friendly hand on your shoulder as if to say “I have been there”.

[Editor’s Note [Yalini Ravi]: Being a third year student of ILS myself, I have met the best set of people I could ever ask for; batch-mates, seniors, and basically the gen-pop.
Some may call it silly, but I honestly believe that I have a family here in law school (the kind I didn’t ever imagine finding in college)]

You may choose to conform to the various narratives of this college, moot when you do not wish to, or participate in a debate because others do, but remember, you always have a choice to shape your life as you please.

If you dislike the norm, do not conform to it, and take a stand instead of blaming the institution for your shortcomings. Do not criticise that lawyer who just wants money, because it means that you still believe in those ideals.

Remember, we are law students who are supposed to be bestowed with some sense of fairness.