Rewind to the day you got your 12th Boards Result in hand. Could you recall? How in one sec your brain could think of umpteen ideas and options for the future.

While the right part suggested Fashion Designing, the left suggested Engineering. Parents too added to the pressure and then, from somewhere it struck that maybe you can do Law. It ain’t that bad of an option.

Amid all the National Law Universities and colleges, you are apprised of ILS Law College in Pune. Your eyes begin to startle as apparently it is one of the premier institutions of law and then you fill the online form and wait.

I remember when the postman handed me over the brochure I was amazed and prayed to the universe to somehow take me to this beautiful campus with such amazing facilities, promising faculty and what not.

Then comes the fateful day when you are called for the admissions. You enter the campus and are the happiest to know that you will be part of this big campus and assure yourself that you will spend wonderful 5 years here. I did.

CUT-2 : 1st day of college! An excited happy you steps into the classroom and the moment you enter you realize that it isn’t clean. You sit on the bench and get up with a patch of dust on your black pair of jeans.

But it’s fine! Probably the cleaning staff was on a holiday, it’s fine!

You go to the office and you comprehend that the staff is on a never- ending lunch break that finishes only when all their gossip is done away with and when it  dooms upon them that probably they’re paid to work.

They’re also sadistic. Re-admission process is a marvelous stunt of sadism. This is a process which makes you feel like a helpless person who should feel obligated towards the college for having given you admission.

The process also includes informing the students just 2 -3 days prior to the last date of the same. This brings a stream of panic and chaos in the already-ILS-stung-not-so-peaceful lives of the students residing out of Pune or even Out of India, for that matter.

After bidding adieu to this overtly inefficient staff, you see yourself walking on the broken, dilapidated, tattered road that probably would have been last taken care of by the law society back in 1924 (That’s when the college was established.)

You’re not alone! There will be stray dogs all around the campus to welcome you and also to say bye-bye. They aren’t really scary but you might just have to run to save your life if you step on the tail of any one of these innocent creatures sleeping on probably every 20 steps of the main building.

There is the principal’s cabin in the same building as that of the office. A cabin which longs for the Honorable principal’s presence, often.

Remember i mentioned the starry brochure? One more astonishing facility in the college is the Hostel. The Old ladies’ Hostel which proudly accommodates more than a 65 girls.

Since the college has 64% of students as girls, The gracious administration decided to convert one of the 3 wings of the Boys’ hostel into a girls’ hostel. While it is being boasted about, The fact that no notice was given for the same is hidden.

CUT 3: You’re watching 3 Idiots and see Amir Khan bathing in the lawn with a pipe and you laugh.

Not because that’s funny but because while in the girls’ hostel there is no hot water to take bath from ( The hostel is so tech savvy that it has a solar power heater to heat water. It is expected to work very well in a state which isn’t really sunny at least for 8-9 months of the year).

The boys are striving for water. We really don’t blame them for being unable to take bath every day.

ILS is also a college which lacks funds for almost anything and everything that is required to be done despite of the college ground being given on rent to outsiders which acts as a hindrance to the students of the college in their practices or daily matches.

A sudden fee hike also couldn’t get the basketball court of the college mended, neither did it ameliorate the bad conditions.

When we come to stay at a new place, the biggest enemy is food. ILS gives you an opportunity to taste a wide variety of food that can get your immune system to rupture and force you to starve yourself too. Prepares you for the worst.

The college administration is so low in power that they can’t dare to confront the rowdy caterers even when the students have complained of have had gulped a cockroach with the watery dal. 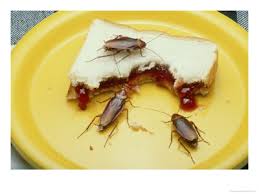 They are in love with the caterers to the extent that they didn’t pay heed to even a word against the mighty mess guy who ran away with all the money leaving the mess in a total mess, literally!

The authorities takes amazing care of the canteen fellows too. They have full power to sell everything more than the MRP, to give you 5 toffees instead of 5 bucks, etc. I sense money is a big issue in this luscious green campus.

The student council is just for the namesake as apart from the members, no one is really aware of such a body’s existence. Apart from the ones contesting elections, no one is aware that there are elections for the university representative’s post.

The level of unawareness and insipidness is such that the college fest witnesses lesser attendance than probably any of the other events of the college.

The recent cancellation of the screening of Mr. Anand Patwardhan’s award-winning documentary Ram Ke Naam a day before it was scheduled citing threat calls as a reason behind the same exhibits how feeble the college is.

A reason that was neither reported to the police nor informed to the students, being the ones at stake.

Thanks to the media, we know of an incident of our own college.

This got me to write this article as I am tired of registering that I study in a law college that is as powerful as India was under the British rule. That has no voice, and no courage.

As a law student, we debate and discuss a lot of issues going in and around the world. We’re expected to hold an opinion about issues, to put forth our views on the same.

But, Ours is a paralytic student body that cusses the college at every step for having failed to understand their capability, their potential and their requirements. How can possibly such an under rated student body keep an opinion on what goes around the world?  Who will listen to us worldwide when the college itself doesn’t?

The epitome of being paralytic is Me.

I have to hide my identity in order to wake them up and make them understand that THEY ARE INEFFICIENT AND LOUSY.

Moreover, they are avaricious enough to dump the students under the havoc of having less funds and shy away from all that they should be doing as the college’s administration.

Also, It’s high time that the college administration ends the perennial hiatus they’re on and do justice to the jobs that feed them.

The principal should realize that in order for ILS LAW COLLEGE to become a UNIVERSITY, the first person who needs to smell the coffee is she herself.

She needs to be approachable to the students. She should stop exploiting the nepotistic right that she possesses and The faculty should let go of their ego wars as when in a few years, going by the way the college is degrading it’ll be nothing but a dud. Wake up! Save yourself from drowning.

It is significant that the students too, to come up and raise a voice. Stand up and put forth what is right, what is needed. The students have potential, WE have the caliber, the mettle.

So, make it felt.  “Jo ooncha sunte hai na, unhe dhamaake ki zaroorat hoti hai!” Ever heard of it? Let’s do it.

It’s time for the college to absorb that it is the students who make or break the foundation of a college and that they need to be heard. They should be.

Let’s strengthen ourselves in order to prevent any more of these anonymous articles.

Let’s make ourselves confident enough to think that what we say will not fall into deaf ears, that our medical certificates will not be treated as another weapon of triggering humiliation and leading us to repeat an year and will rather be dealt with, sincerely and logically.

I will conclude by rather urging all the students to act against the lousiness and vapidness of the college administration and staff and thereby actually contributing in bringing the real ILS law college out, that’s hidden somewhere under the garb of avarice, inefficiency and banality.

Above all, rejuvenate the lost spirit and enliven the campus with all that it should have.

If you aren’t convinced with this, just ask yourself that when you see the college’s name in the List of Top 10 colleges, do you really feel happy?

Or do you console yourself by saying that at least somewhere we stand tall. Do we really have only the paid rankings to be proud of?  Think! Act.

Also Read: The Lifelesness of ILS Pune: 3 Suicides and not a Minute of Silence and 7 Other ILS’ Realities

This is a reader blog and published on an ‘as is’ basis.