Love, Life, Heartbreak and HNLU: “HNLU Symbolizes Life As It Is”

Life is a story where you might not always get what you were promised but in spite of everything that goes unfulfilled there is something which you always get in return for the bargain you made and that’s called hope.

And sometimes I wonder what HNLU has meant for me….unkempt roads, half filled ditches, a stadium under construction for perpetuity, an eternal quest for teachers who would make the already boring classes a tad bit interesting or let me keep it short a story of disappointments.

Or is that it and then I ponder again over the two years as it has been. Has it been simply a story of disappointments or has it somehow symbolized life as it is.

Oh yes I have had to share my campus with the holy cows, abuse the unfaithful wi-fi every time it ditched me in the midst of an important conversation but then who accounts for the wonderful times spent in the dark corridors of the academic block, the times when I ran like a wild animal through the corridors of the hostel abusing the wardens and giving a damn about life, the times when returning through the so called dark haunted lanes from Rajdhani Dhaba seemed like the boldest thing on Earth and reminiscing back life couldn’t have been better.

Somewhere down the line HNLU symbolizes life as it is.

A story filled with twist and turns , a place where people find love in the barren scorched earth and love which makes one forget about imperfections in his life and along with it excellence in an University set up as a Centre of Legal Excellence. But then this place is a strict teacher. Just as it makes you fall in love the panacea for all ailments it has the uncanny ability to jolt you back when it deems fit.

Its dark imposing façade reminding you of the harsh realities of life and leaving no stone unturned to make a man out of you. It makes you cry and crib and curse yourself for landing up here but then like a kind teacher it always makes you find the silver lining . It sets you up with the daunting task of finding a way out of the depressing labyrinth of its 100 acre campus and a path out into sunlight.

It sets you the apparent impossible task of scoring worthy internships but then it always makes sure you find one. HNLU for me till date has been a journey at times filled with unadulterated bliss and at times finding myself in the abyss of dismal darkness. But then that’s life.

It made a fish eating bong having no sense of the gender complexities of the complex National Language understand its finesse, understand that there is always a different set of terminologies while talking to the two sexes; the ever confusing “chalegi” and “chalega”. Oh yes this place has been unduly harsh sometimes, but then this place has always been true to its students.

Hard it might have been but then it has been to its students as life is without any deceit or pretence.

And today when I see people playing in the field which sometimes earlier resembled a farm land, rollers rolling in to finish the half done roads and then glance at the wonderful model of the Campus as it should have been it makes me realize that in spite of everything life is a story of work in progress.

Life is a story where you might not always get what you were promised but in spite of everything that goes unfulfilled there is something which you always get in return for the bargain you made and that’s called hope. 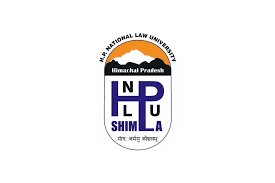 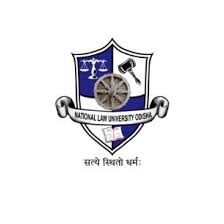