Essay on Goods and Services Tax

What is Goods and Services Tax?

Goods and Services Tax (GST) is an indirect tax. The GST Bill was discussed in length in Parliament in order to end the prevailing taxation system of imposing various indirect taxes and implement a new system in which most of these taxes will be covered under one umbrella.

In order to understand the features and objectives of GST Act, first we need to take a quick look on the previous taxation system.

Previously taxes were charged on every stage viz. excise on manufacture, VAT/CST on sales, entry tax on entry of goods in local area etc.

These taxes get accumulated with the original price as the input credit for the tax already paid is not available to the consumers. This cascading effect of tax i.e. tax on tax results in hiking the prices of goods or services.

These taxes were imposed by the Centre and state differently according to the Lists in The Constitution of India.

Now the new concept of GST is that the GST would be a single tax system which would be levied on ‘supply’ of goods and services and this tax will be jointly imposed by the Centre and the state with the recommendation of a Federal Institution created which is the GST Council.

For example, suppose a person wants to buy a shirt. Now in order to determine the price of the shirt, we need to start from the very first step i.e. purchase of raw material.

Hence the good costs Rs. 209 to the consumer which includes Rs. 19 paid as tax.

Thus, by way of GST concept, the commodity is relatively cheaper as there is no cascading effect. 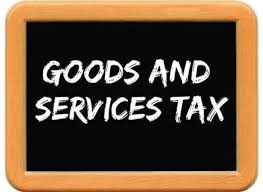 The 5 Laws of GST

In this, Central GST Law deals with integration of all taxes on goods and services, their collection and arrangements.

Similarly State GST Law deals at the state level (29 states and 2 Union Territory: Delhi and Puducherry which have their own legislative assembly ). Union Territory GST incorporates the provisions of CGST and applies it to the remaining Union territories and Indian territories which are beyond the territorial waters.

Integrated GST deals with import and transaction between 2 states or union territory.

Any dispute arising under IGST will be judged by the Centre or by any state (other than those who are parties in the dispute) empowered by the Centre.

Lastly, The Goods and Services (Compensation To State) Law deals with maintaining a compensation cess for compensating the states which incurred loss for the first five years of implementation of GST.

GST is a progressive tax i.e. it will have different tax rate for different commodities because a similar tax rate on all product for example a toothbrush and a Mercedes car is not possible and not recommended as the relevant consumer group is different for different products.

These brackets will be used in such a way say for example a product had a tax of 13%, so now it will be kept under 12% bracket i.e. the nearest bracket.

Sin Products i.e. those products which are injurious to health like tobacco, cigarettes, which earlier used to have taxes of 40% 50% of 65% , will have tax of 28% from now onwards and the difference i.e. say 65%-28% will be added to compensation cess.

Similarly extra amount (above 28% Tax ) which are charged on luxury items or items which are harmful to environment like coal will also be added in compensation cess.

If, after 5 years , there is some amount left in the compensation cess, then that amount will be distributed between the Centre and the states For the time being, Real estate has been excluded from GST and this issue will be further discussed within the first year.

The reason behind its exclusion was because some states were concerned about its effect on their revenue collection by way of Stamp Duty.

This act does not implement to Jammu & Kashmir as Centre does not have power to do so. Jammu & Kashmir has to make their own similar law and then that law will be integrated with the GST Act so that they can also benefit from the same.

The very basic benefit of GST is that it will reduce the possibility of tax manipulation by the authorities as there is only single tax to be paid in contrast to multiple taxes in earlier system .

This method or system is much more transparent. This will gradually eradicate inflation and various provisions like the compensation cess will benefit the state also.

Consumers will the most benefited party and they should be as Consumers are deemed to be the King. What are the disadvantages of GST?

There are various thought saying GST is nothing but the old taxation law implemented with new name and some new provisions. GST again gets divided between CGST and SGST. This may lead to dispute between state and Centre.

Moreover many commodities will be charged higher as tax will be charged some products on which there was no taxes earlier or their tax rate will be increased to either 12% or 18% or 28% if they were earlier charged with say for example 10% ,16% or 26% tax respectively.

GST is a very length and cumbersome procedure which will take time and man power.

GST covers 29 states 2 Union Territories and The Centre. So many opinions will unnecessarily delay the decisions and thus the main motive behind the GST will vanish.

Every concept has both positive and negative aspects. Just on the basis of some negative aspects, a system cannot be just torn out which has many big long term advantage.

Thus the GST should be widely accepted and supported because similar to the Demonetisation Policy, this will also come up with flying colours.

As correctly said, “GST is like that one slightly expensive and bitter pill given by the doctor instead of various pills. Now it is your call whether you want to take that one pill or go for many”.