Due to some technical discrepancies, the CLAT 2014 results declared on 31 May 2014 stands withheld till further intimation and guidelines on the admission process. The candidates are required to keep checking their LOGIN ACCOUNT regularly so that they can fill-in the preferences of the NLUs at appropriate time and also get the updated information about the CLAT in order to complete the formalities, if any, from their end. Any clarification may please be sent at [email protected] CLAT Helpdesk will answer to the query within 48 hours.

Hundreds of CLAT takers are speaking out on various Facebook forums and otherwise about what can be at best understood has a large scale blunder by GNLU in checking the OMR based CLAT answer sheets the results of which were announced at 11 pm on May 31.

Rajneesh Singh, a popular CLAT mentor, runs an even more popular Facebook page for CLAT aspirants. He writes on the page:

There are at least 4 cases reported who have less than 20 marks after expecting in a range of 110 to 140 marks.

In another update he says:

Why don’t you [GNLU] put up the OMR sheets available on the student page? What is to hide? [Why] call everyone to Gandhinagar in such a short notice?

I am assuming that CLAT has scanned things correctly, the answers were entered correctly while scanning and the negative marking formula was also entered correctly. In such case what makes it difficult or embarrassing to transparently put up the OMR on student’s respective pages.

We also interviewed Mohit Diwakar, a 3rd year law student at NUJS who mentors CLAT aspirants through his Facebook Forum CLATHead. (It’s a freewheeling interview, so please ignore the typos)

What’s the fuss all about?

Many CLAT students are alleging that they didn’t get the marks which they calculated when the answer keys was released by the CLAT authorities. And the difference is not just 2-3 marks but more than 10- 15 marks in most of the cases.

Isn’t it normal for students to allege this? Have any top ranking students confirmed that they’ve got higher scores than they expected?

I had my reservations regarding this as well. But when more than 40 students messaged me regarding this issue, I did some research and checked that group.

Many more students have the same issues

Not just that, the issue is with transparency as well.

What’s the issue with transparency?

Had GNLU released the OMR sheets online, this would have been easy. No need for anyone to feel betrayed.

That too without the exact question papers of their respective set and answers.

And the time limit given for this is 5 days i.e till 5th june by 4 PM. And what do they expect the students to do in GNLU? Look into their OMR and come back? And how will a kid from outside of Gujarat will go to GNLU if he can’t afford the flight?

What is being done about the issue?

Many students are filing a PIL with respect to the transparency and to provide the OMR’s online to them along with their attempted paper and answer keys.

At the same time, GNLU has done a great job till now by releasing the answer keys before the results and by correcting the wrong answers as well.

Hopefully they will also listen to this valid demand of the students and will maintain utmost transparency.

You can see your CLAT 2014 results here. 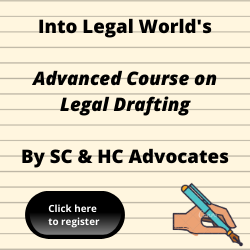