Law Centre – I, Faculty of Law, University of Delhi in collaboration with the National Human Rights Commission is organising the 2nd National LC-I – NHRC Moot Court Competition, 2014 based on Human Rights. The moot proposition, full schedule and rules and regulations would be released shortly.
Read More

Organizers at AURO University, School of Law, thought of going to the basics by organizing National Moot Court Competition on Criminal law and more specifically on Sexual Offences.
Read More 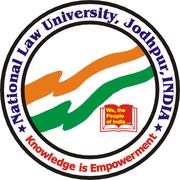 This competition is organised in association with Amarchand & Mangaldas & Suresh A. Shroff & Co. and the Competition Commission of India, along with the knowledge partner, LexisNexis.
Read More

The Moot Court Competition shall be held from January 24-26, 2014 at NALSAR University of Law, ‘Justice City’, Shameerpet, Hyderabad.
Read More

The 18th edition of the All India Moot Court Competition of ULC Bangalore will be conducted on the 21st, 22nd and the 23rd of February 2014.
Read More

We, the students at SLS, CUSAT proudly announce Dr. A. T. Markose Memorial 3rd National Moot Court Competition 2014 to be held from 31st January to 2nd February 2014 at School of Legal Studies, Cochin University of Science and Technology (CUSAT). Posted by Annie Mampilly. Anyone can post an opportunity HERE.
Read More

The case study of the competition deals primarily with issues relating to Public International Law with elements of private international law, highlighting the emerging legal landscape and has been drafted by experts in the field.
Read More