Dr. Swati Bhati Memorial Moot Court Competition 2014 is open only to Rajasthan teams. Participants are invited to register themselves by sending their Registration Form via email to [email protected] by 21st July 2014
Read More

Symbiosis Law School, Noida is organising the Symbiosis National Moot Court Competition, 2014 from September 19-21, 2014. SLS-NOIDA is looking to invite all the law schools in India to contest for ‘Memorial Selection Round’ and to host 24 (twenty four) best teams of all to compete for in the ‘Oral Pleading Round’ of the SNMCC,14
Read More

Symbiosis Law School, Noida is proud to announce its 1st National Moot Court Competition for the year 2014 which is to be held between 19th of September to 21st of September.
Read More

CSD, Hyderabad is organizing the 1st KG Kannabiran Moot on Transformative Constitutionalism in the month of August, 2014.
Read More

This is to invite Law Students to participate in the Jhankaar Extempore Moot Court Competition, 2014 to be held on 20th March, 2014 as a part of Law Events under the Jhankaar Fest, Panjab University, Chandigarh.
Read More

The prestigious and one of the oldest law institutions in India, Government Law College, Thiruvananthapuram, is proud to solicit your esteemed institution’s participation in the 9th All India Moot Court Competition 2014 scheduled to be held from 21st March to 23rd March 2014.
Read More

Participation in the Competition is restricted to 16 Teams on a First Come First Served Basis. Hence teams are required to carefully comply with the registration formalities given
Read More 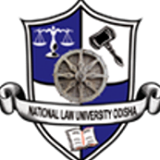 The subject matter of this moot is chosen to accolade the maritime operations in Odisha and consequently encourage intellectual discourse in the field of Maritime Law.
Read More

ITMU Law School, Gurgaon is organising the 2nd Edition of our National Moot Court Competition from March 12, 2014 to March 14, 2014 in association with United Chambers of Law (UCOL).
Read More