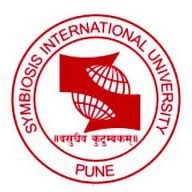 The participation shall be restricted to the first 32 teams who confirm their participation on ‘first come first serve’ basis. There will be a registration fee of Rs. 2,000/- per team.
Read More 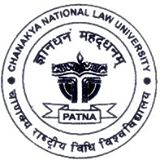 The Commonwealth Legal Education Association (CLEA) has been organizing the CLEA Moot Court Competition in which Student Teams from universities from the Commonwealth compete for the Turnbull Shield.
Read More

Participants should send in their registration forms by the 30th of September, 2014 and can submit the memorials till the 10th of October, 2014, after which 32 teams will be shortlisted for the competition in Goa, which will be held over the course of three days from 31st October to 2nd November.
Read More

Only 18 teams are allowed to participate based on a first come first serve basis. Register online on a provisional basis and follow through with hard copy registration.
Read More

Only the Universities are eligible to sponsor teams consisting of Three Students (two mooters & one researcher). Law colleges outside the Universities must get in touch with the Universities to which they are affiliated and get their nominations sent through the Deans/registrars.
Read More

Periodic updates will be given as and when they are released. The Moot Court Association of the Government Law College regrets any inconvenience caused to aspirants and thanks everyone for their co-operation.
Read More

The School of Excellence in Law is happy to announce the 8th Pro Bono Enviro National Moot Court Competition 2014. The Moot is based on National Environmental Law. PS- We are glad to be the media partners for this event!
Read More

For any queries please contact us at dmh.glc@gmail.com
Read More To register for the Moot Court Competition, kindly confirm your participation via email to the Organizing Committee at aim.alsn2014@gmail.com latest by September 10th, 2014.
Read More 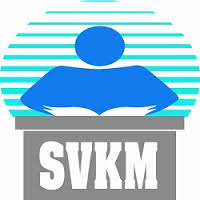 Teams from each participating college are required to send a scanned copy of their duly filled-in registration form, demand draft and travel form via email to nyayavalokan@gmail.com latest by 25th August, 2014. Each college must ensure that the subject of the mail reads “Registration for Nyayavalokan 2014.”
Read More

We request institutions to kindly confirm participation by September 01, 2014, by sending an email to mcc.nalsar@gmail.com along with the scanned copies of duly filled-in Registration Form and Travel Details.
Read More

Teams should comprise of a minimum of two members and a maximum of three members. Each team must necessarily be composed of two speakers. Interested teams are required to intimate via email on mootcourts@law.rizvi.edu.in
Read More

All participating institutions have to confirm participation by sending an email to mootcourtcommittee.uslls@gmail.com along with Demand Draft by 29th August 2014 latest by 1700 hrs.
Read More

Dr. Swati Bhati Memorial Moot Court Competition 2014 is open only to Rajasthan teams. Participants are invited to register themselves by sending their Registration Form via email to mcc.jnvu5ydlc@gmail.com by 21st July 2014
Read More