The Theme for the 2015 edition of the Summit is ‘International Economic Law and Policy’. Submit by November 1, 2014.
Read More

The fee shall be submitted through a demand draft drawn in favor of “SPIL Government Law College Mumbai” payable at “Mumbai, India” should be submitted before 1st November, 2014
Read More Mark the 20th, 21st and 22nd of February 2015 on your calendars, so you don’t miss being a part of a cultural extravaganza like no other; a hotspot of talent, which is sure to leave you in awe! We promise you an exhilarating weekend, and exciting Cash Prizes!
Read More

The team cap for the present Tournament is set at 24, including both foreign and domestic teams. Participation in this tournament is through invitation only, but any law college/university/institute may apply for an invite by sending a mail to [email protected], expressing their desire to participate.
Read More

With a view to set ‘policy’ as an agenda for youth, 1st MY Paliament, a 2 day event, will be organized to acquaint Indian youth aged between 18 – 30, about functioning of our representative institutions and give them a firsthand experience of policy making process.
Read More

Institute of Law Nirma University is holding its 5th edition of Connaissance from 19th September 2014 to 21st September 2014!
Read More

DIMUN is an initiative by AIESEC in Delhi IIT to effectively contemplate youth to delibrate on matters that affect the world.
Read More

We look forward to early confirmation of participation from your esteem Institution in Lex Bonanza 2014.
Read More

The Second Edition of Vivekananda Institute of Professional Studies, Delhi Model United Nations Conference (VIPSMUN’14) is being organized by The VIPS MUN Society in collaboration with United Nations Information Centre for India and Bhutan, Delhi from 1ST to 2nd November, 2014.
Read More

S ‘O’ A National Institute of Law, Odisha is holding its 2nd edition of “All India Law School Meet – Legal Spectra, 2014” from 04th to 07th September, 2014, where young and aspiring legal minds from all across the nation will compete for pride, glory, and excellence.
Read More

NLS, Bangalore is organizing the annual inter-college sports-fest, "SPIRITUS" from 27th to 29th August. The registration are open till 14th August. For registration, you can contact organisers at [email protected]
Read More

SYM MUN’14 will be held on September 27-28, 2014 at Symbiosis Law School, NOIDA. A Model United Nations Conference that will bring alive the true concept and purpose of Model UN. Last date of applications for Delegates is August 18.
Read More

One entry is limited per person, which can comprise of three to four photographs complemented by an innovative caption related to a particular literary theme of choice.
Read More

The (NUJS MUN 2014) Fourth edition of the Model United Nations conference of the National University of Juridical Sciences, Calcutta is being organised on the 5th, 6th, 7th September 2014.
Read More 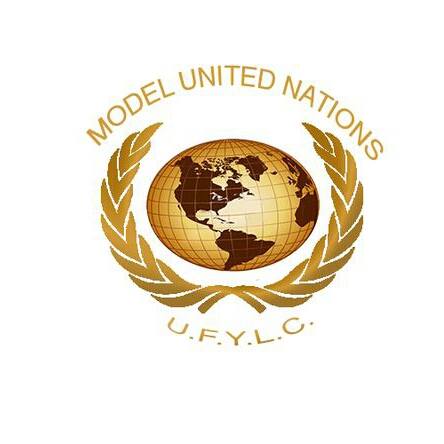 UFYLCMUN stresses the in-depth importance of balancing national interests with the needs of the international community, while also learning about the powers and limitations of international negotiation and examination and resolution of pressing issues, emphasizing process over product.
Read More