The Centre will be officially launched at the Inaugural Session of The Lucknow Conclave. To commemorate this landmark occasion, we proudly announce the launch of 1st International Essay Writing Competition 2014.
Read More

This essay competition was created to inspire students to explore connections between human rights and science, engineering and the health professions. Students may write on any topic at the intersection of science and/or technology with human rights.
Read More

A panel of three judges will consider all submissions, regardless of the ideological inclinations of the writers, as long as their positions do in fact support the ideals and principles of peoples’ right to self-determination and democratic norms.
Read More 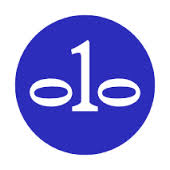 The Centre for Studies in Banking and Finance is an initiative of the National Law University, Jodhpur, which works to generate awareness in the field of banking and finance laws and related contemporary issues by conducting workshops and seminars involving the participation of industry experts, professionals & academicians.
Read More

Why is recognition of human ignorance an important starting point for Hayek? To what degree is human liberty important for the progress of civilization? Can the pretense of knowledge, independent of experience, mislead decision-making?
Read More

In 2014 we invite you to submit an essay and/or a video covering the theme "Lost in Digital Wonderland – Finding a Path in the Global Knowledge Society" – with particular emphasis on personal insights and forward looking perspectives that have the potential to inspire others.
Read More

The theme of the Essay Competition for the year 2014 is Open (but must be submitted by a enrolled post-graduate student, relevant to Public International Law and endorsed by a sitting faculty member).
Read More

The National Law School of India University (NLSIU), Bangalore instituted in the year 1997 a Gold Medal in the name of the distinguished jurist, late H.M. Seervai for the best original essay written on the themes specified in Indian Constitutional Law. The students should send their entries on or before May 15, 2014.
Read More

NLEC’14 or National Legal Essay Competition is the flagship event organised by AILSA. It provides a platform to the students enrolled in law schools and colleges all over the country to express their views on topics based on different avenues of the legal field.
Read More