Applications must be sent in on or before the 1st of October, 2014. The registration fee is INR 800 per team. Accommodation will be provided by the organizers on the payment of a separate fee.
Read More

Please register at the earliest to ensure that the tournament runs as smoothly as possible. The registration fee for this year's tournament is Rs. 2500 per person, to be paid in cash on Day 1. Email at nalsariv@nalsar.ac.in
Read More

The CNLU Debating Society, in association with the Academic and Debating Committee CNLU, is pleased to invite you to the 6th edition of the CNLU National Parliamentary Debate which is being held from 10th October to 12th October, 2014.
Read More

Through the competition, participants will gain first hand invaluable experience in legal argumentation, working in a team and to apply their research & communication skills in the debate competition.
Read More

The registration form and D.D. should reach RGNUL by 31 August 2014. DD to be addressed to Registrar, Rajiv Gandhi National University of Law, Punjab, Payable at Patiala. Scan and send the soft copies to agahi@rgnul.ac.in
Read More

We have with us Andre Kua from Singapore and Daryl Isla from Philippines, two of the best debaters in the entire Asian circuit. Arjun Bolangdy needs no introduction and he is one of the most sought after CAs in the Indian debating scene
Read More

Oxford's The Philosophical Quarterly invites submissions for its 2014 international prize essay competition, the topic of which is ‘Humans and Other Animals’.
Read More

FICCI is happy to inform you that on the occasion of "WORLD IP DAY 2014" a debate competition is being held at FICCI, Federation House, Tansen Marg, New Delhi-110001 on 19th April, 2014.
Read More

Conceptualized by Grayscale Legal and For The Sake of Argument - 'On that point' is the first of its kind virtual Asian Parliamentary Debate - when social media and other platforms have transferred the very fabric of our interaction to a digital platform, it only makes sense for us to experiment with a virtual debate.
Read More

These competitions shall take place at ITM University campus on March 4, 2014 (10 am onwards). Mention ‘Participation at PES-ITM Competition’ as subject line of the e-mail.
Read More

The debating Society of Faculty of Law, Jamia Millia Islamia takes immense pleasure in inviting you to the First edition of Jamia National Parliamentary Debate to be held from 21st to 23rd March '14.
Read More

GGSIP University, New Delhi is organising an All Delhi Inter-College Debate competition in collaboration with Vikkalp Law Society, Delhi on the 27th of January, 2014.
Read More

Altus Disputatio is the avant-garde debating tournament conducted under the auspices of the Debate Society at the National University of Advanced Legal Studies (NUALS), Kochi.
Read More 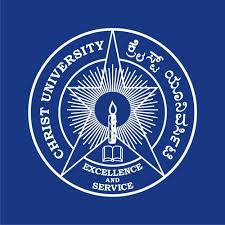 If that’s not enough, we also have an obscene amount of prize money stacked up for those qualifying debaters and adjudicators. Want to know how much? *drum roll* You’ll have to break to find out! ‘Obscene’ is all that we’re going to say now. Posted by Rashmi Ramesh
Read More

As the name suggests, MIPS is a simulation of the lower house of the Indian Parliament with utmost exactitude. MIPS welcomes students across all disciplines to assume the responsibility of Indian parliamentarians and undertake the mammoth task of policy making.
Read More

The first edition of the JUSTICE J.S. VERMA MEMORIAL PARLIAMENTARY DEBATE is being organized by the Debate & Discussion Committee of Ram Manohar Lohiya National Law University in collaboration with the TATHAGAT TRUST.
Read More

Topic: The certainty of conviction for rapist is only way out rather than more and more laws. A team of two candidates from each University/institute /college having LL.B. and B.A. LL.B. course shall be eligible to participate – (one for the motion and one against the motion.) The letter of authorization along
Read More