Work environment is very friendly interns and the employees are treated equally. Occasionally we were called for team outing.Once the whole Greenpace pune team including the interns went for a movie. So, it was not only a internship full of learning but also a internship full of fun.
Read More

I got to learn so much about the whole banking system like how exactly fixed deposits, current accounts, Real-Time Gross Transfer etc. work. I discovered through the surveys how unaware the common people are about the banking system, even though they hold bank accounts.
Read More

The program is aimed at raising civic awareness among students of Class 8 across various schools. We were told about their expectations from us and I was very excited about the tasks at hand.
Read More

The lesson learnt is to go there with a smile on your face, talk to them and most importantly, listen to these children. They love nothing more than your company and a big tight hug. It was heartbreaking to see them cry when I was leaving as you develop an attachment. I am not saying
Read More

First day was boring, as everyone was busy in their work and with the old interns, but second day on wards I enjoyed my work which was allotted to me by my senior.

{S} Internship experiences which are not as detailed as we’d like them to be, but still provide useful information will be tagged with

Main tasks includeded presenting the organization's aims to other NGOs and working to build a network amongst all NGOs working for a similar cause.
Read More

You can send your CV at [email protected], elucidating as to why you want to intern under them (include what you expect from the organisation after you leave the internship office).
Read More 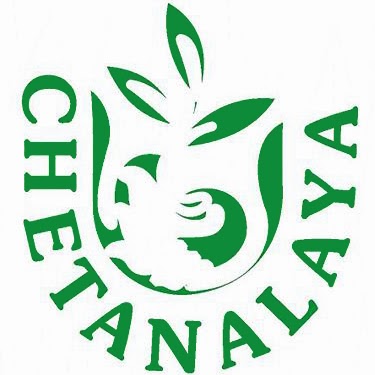 My internship at Chetanalya gave me an experience worth cherishing. I learnt how to perform effectively and efficiently in a team. The plight of the poor brought forth by the NGO made me more sensitive towards the issues of poverty. By Rashi Shahrawat; ITM Law School; First Year
Read More

Working on excel sheets was really very much monotonous. Also, sometimes the a/c used to stop working and since I was interning in the month of June, working there became very much frustrated at that time.
Read More

People at Commons Cell/CEERA, NLSIU are great and made me feel at ease the very first day. Since I was the only intern in the beginning, I had the opportunity of working with all the Research Officers.
Read More

I was entrusted with the task of preparing Comparative analysis of Mental Health bill 2013 and Mental Health Act, 1987. The work was interesting. I had to do a fair amount of research which will probably help me in law school life. By Gaurang Bhushan, GNLU, Gandhinagar, 1st year
Read More

Many small scale industries have been set up and some big workshops for companies. According to a stitching workshop, every cloth in Bombay has come atleast once to this workshop to get stitched. People were cooperative.
Read More

RLEK provides separate accommodation (read dormitories) for boys and girls in the campus itself. It also offers mess facilities, the food being good enough to remind interns from outside of “home-food” (though nothing can beat that).
Read More

The environment of the office where interns used to sit is very good and supportive. The interns can also chill from time to time as the absence of associates. The indiscipline is highly intolerable as associates used to come for surprise visit. By Upmanyu Bhaumik, ICFAI Law School, Dehradun (4th Year B.B.A. LL.B.)
Read More

This was the best part I encountered during my internship. RLEK Have many schools across the Uttrakhand and neighboring states. I went to one of their school in Dehradun Only and in the end we 3 interns got the chance to be part of the team for organizing pre-election camps at Panchayt level for village
Read More

The first day had nothing to do other then signing of the attendance and a briefing session about the internship program (referred as training program by them). By Subhashree Dash, 1st year, New Law College, Pune
Read More

For the initial three days I was a part of the Rescue Team at the City Railway Station where I was to spot unaccompanied children, approach them, get them to tell me certain details about themselves and then take actions accordingly. Mridula Sriram, 1st year at School of Law, Christ University
Read More

Maya Foundation was in charge of a homeless shelter which provided free night time shelter to people sleeping on the streets at night. However it was seen that despite being aware of the facilities provided, many people still seemed to prefer sleeping on the streets. By Anshuman Bose, KIIT School of Law, 1st Year
Read More