We got an opportunity to meet several consumer lawyers who gave us insights about the Consumer Law, the power that consumer has now, the kinds to suits that can be filed and other intricacies.
Read More

Files were left unattended on the ground, laid in the dust and dirt and were the only witness if at all any actual work was done there. I was asked to tell my name, pick up 2-3 closed files and read them. That's all how it started and ended.
Read More

As I mentioned earlier, it’s a namesake internship. It’s good for those who just need a certificate and want to add something on their resume. As far as learning and social networking is concerned, this isn’t the right place.
Read More 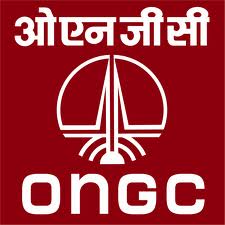 Associates generally don't come and give assignments. It's the interns who have to approach them and ask for research or any other works. Generally the work is research oriented.
Read More

One thing that surprised me was that these children were very eager to learn. They wanted to know everything! They were keen to learn new things. After teaching them, we played carom with them and told them to draw later. The rest of the days also, we first taught and played with them after lunch.
Read More

The building was very spacious and it is centrally located near Museum Road, Patna. The rooms also were pretty big and could accommodate approximately 40 interns who were with me.
Read More

The court proceeding were really interesting especially because you get to hear not just the judicial approach but the expert member’s advice as well and get a clear understanding regarding the functioning of law and environment together. By Rashmi Shukla, National Law University Odisha, 2nd Year. Anyone can post HERE.
Read More

On those two days, we used to have the hearings of the cases which came for recommendation in the Commission. The persons concerned, that is the petitioner and the respondent would mostly be a government official. The hearings would be interesting in the sense that you can actually see J. Ganguly in his witty best,
Read More

The very first day we had an orientation in which we were told about the workings and functions of national legal services authorities. Also we were told that how the petitions were filed. And were given the institutions guidelines booklet and bare act.
Read More

The people were the best thing about the internship. Moreover, the sessions conducted by several eminent personalities on a plethors of human rights issues ranging from women to child, disabled to old age, leprosy to environment, health to manual scavenging, police reforms to prison reforms were enlightening and thought provoking. By Gitanjali Ghosh, NLSIU,
Read More

Our tasks were different everyday. In the initial days we were only given sample papers to work on. We were divided into groups and we had to read around 20-50 cases per day and give cognizance to the one's which could be accepted by the commission. We worked in groups and it was boring a
Read More

They themselves won't teach you anything. However, if you approach them they'll guide you. Don't expect loads of work. You don't get to learn everyday, which is a drawback in itself. And if you are a foodie, it's a bad bad place. There's an adjacent shop but that's seriously pathetic. By Aishwarya Dhakarey, Symbiosis
Read More

To start the session, the designated official was not on time, the interns were made to wait one and a half hours for the projector to set, but when the session started it was nice overall, interns were divided in the group of 5-6 (in one group) then after briefing tea n snacks were also
Read More

You get exposure to the core problems women facing in India and you get to know how everything works. You meet a lot of students from different law schools and colleges. And you can even visit near by places as Connaught place, Bengali Market even Chandni Chowk is just 10 minutes far. Smarika Azad.
Read More

Thus, when I informed the AGM that one of my areas of interest was Corporate Commercial laws, he suggested that I undergo the Internship in the CAG branch which handles all of SBI's corporate clients, but refrained from mentioning what my project topic would be simply telling me that my mentor would guide me through
Read More

The interesting cases one reads in the newspapers or the internet can be practically witnessed here. I was fortunate to hear the arguments in the Court Room on lifting the ban on the SMS limit due to use of Whatsapp and BBM. This tribunal made me realise how the people in a Court Room can
Read More

We daily visited new places like women's organizations, jails etc. We had to submit a report on any of the topics specified on the website (www.dlsa.nic.in). Every topic listed down was distinct and very interesting. Shubham Srivastava, Amity Law School, Lucknow Campus, IInd year
Read More

The lawyers who argue the cases before the Tribunal were flawless. The room looked like a moot court room personified. I learnt a few good techniques, which helped me in moot court competitions.
Read More

There was no such working environment, only the person who matter was your partner which I didn’t had, no one bothered to interact even on the first day; everyone seemed least interested. But fortunately I met a senior of my college interning there with whom could talk. Ayush Rahi, RMLNLU, 1st year
Read More

The First stage of our internship was to segregate the complaints received by the commission into cognizable and non-cognizable complaints and then fill relevant forms for them. In the Second stage we did case reading on which the member judges of the commission had given their judgments. The cases included custodial death cases as well. The Third
Read More

The work given was pretty interesting as you will have to decide whether the case, which people appeal to commission, falls under the obligatory powers given to it or not and if yes, then under which codes. This is the work which you will get in starting couple of weeks and then you will get
Read More

Lesson 1: law is not about things such as Boston Legal, you are no agent of change , no fancy high profile stuff, you are a mercenary, who would fight for those with gold. ( The statute of justice, why does she carry a scale, which is a mercantile instrument?) Lesson 2: Law=lots of reading. reading
Read More