Many other wishes are there but I have heard that wishes should be kept secret so I'll keep some of my wishes as secret only.
Read More

I think instead of learning only what an anticipatory bail is, it’ll help us more to learn how it is obtained.
Read More

While Dronacharya discriminated on the basis of caste of Eklavya, the Hole in the Wall is limited by space. The internet is non-discriminatory in both respects. What MOOCs (massive open online courses) can do is to provide the learners with the right content and the right gurus in a minimally invasive manner.
Read More

How many women are going to write blogposts about terrible experiences that have happened to them at the hands of the Judiciary if they are subject to committee hearings despite clearly stating that they did not want to pursue the matter? Would you email close confidents about an incident of sexual harassment if you knew
Read More

Since yesterday, a lot of media persons have tried to contact me – either directly or through the journal. Since the committee has now been constituted, I will depose before the Hon’ble judges. Thus, it won’t be appropriate for me to speak to members of the media anymore.
Read More

It takes a long time to acknowledge or accept it for what it is…a perverse act of exploitation and depravity, often times at the hands of someone you trust. You wish it away, you hope that the “touch” was an innocent one or a one off accident…but when the full force of the incident finally
Read More

The incident is now a while behind me, and they say time heals all wounds. But during the most difficult emotional times, what helped me most was the ‘insensitivity’ of a close friend whose light-hearted mocking allowed me to laugh at an incident (and a man) that had caused me so much pain.
Read More

This Article has been penned down by Pratik Patnaik, a student of Symbiosis Law School, Pune. In this write-up he tries to justify the significance of Jurisprudence apart from the dreary subject. Does he succeed in convincing you? Read on. Love to write? Feel free to put in your words on any law school/law student
Read More

POLLS: Too Many Posts on Lawctopus. Bad or Good? Please vote.
Read More

Lawctopus' 3 birthday! And a pictorial look on how we've made that journey.
Read More

It keeps coming back, striking me, how a university that is expected to influence the country and drive change cannot even touch the atmosphere of its own adjacent surroundings. How we are expected to draft laws on women’s safety in the future when we couldn’t do anything about what is happening right outside of campus.
Read More 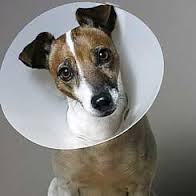 Courtesy of my discipline and good marks and everything which made a student ‘good’ in those times (there I use ‘those times’ for the first time: September 6, 2013. Note to self: ageing) I was made to sit down by the teacher whenever the whole class used to stand-up as a punishment. By Tanuj
Read More

India has rapidly expanded its testing capabilities and ICMR approved COVID-19 testing laboratories are located across the country. View the Lab locations https://covid.icmr.org.in/index.php/testing-facilities

Community engagement in Bikoro #DRC🇨🇩, an area affected by #Ebola. @WHO & partners are raising awareness of the virus & the importance of community-based surveillance with help of local leaders. Over 17,000 people have been reached since June.

Stay safe! Here are some alternatives to 🤝🤗👐 and high fives during #COVID19. #coronavirus
➡️ For more info: https://www.who.int/westernpacific/emergencies/covid-19

When you take care of your health, you are often taking care of the environment too. #ClimateChange