Having grown up in USA, Mumbai and Pune, Samiha has been fortunate enough to be exposed to various things.

Sports, especially football, volleyball and rugby, have been integral to her. She has represented Maharashtra in all 3 and now captains the college women’s teams. Film making has always fascinated her and she has worked as an Assistant Director on 4 feature films and 1 documentary.

She has represented ILS at the 19th Willem C Vis Moot in Vienna, grabbing the Frederic Eisemann Honourable Mention Award, and winning the pre-moot at the Permanent Court of Arbitration Pre-Moot in Hague. In 2014, she was the oralist at the world rounds (top 20 in the world) of the Oxford IP Moot Competition at Oxford.

She wishes to pursue an LLM in the next year and practice as a sports litigator in the near future. What made you take up law?

A large part of my family is made up of lawyers, at lower courts as well as at the High Courts. Having grown up listening to legal terminologies, being surrounded by bare acts and fat books, wanting to pursue came very naturally to me.

I had made up my mind towards my final years of school that law was my calling. The opportunity to take a stand and convince the judge of it always seemed thrilling to me.

Through my 4 and a half years at ILS, my passion for law has only deepened and I am eager to begin work in this exciting field.

Your first moot court experience. Subsequent moots and the most learning experience.

Beyond the customary intra college moots as a freshman, my first competitive moot was the ‘19th Willem C Vis International Commercial Arbitration Moot Court Competition, 2012 in Vienna‘ in my sophomore year.

Beginning one’s mooting career with an international moot was definitely very intimidating. But looking back, I think the pros outweighed the cons by a significant margin. Our team comprised of ILS’s  most seasoned and best mooters having won national and international accolades. Working under their guidance and working style helped nurture my young and enthusiastic mind a great deal.

It was a grueling period of 6 months, putting in close to 12-15 hours every day. We put ourselves through rigorous memorial editing and oral practice drills. I learnt how to format memos, how to research effectively, how to sift through piles of reading material and identify the relevant aspects, working in a team, how not to get on your team mates nerves, how to deal with frustrating days and I can go on and on!

It was undoubtedly a hands on  ‘Mooting Guide 101’ experience and I attribute a lot, if not most of it, to my teammates.

Our hardwork paid of as we were declared winners of the pre moot at the Permanent Court of Arbitration (yes, THE PCA) in Hague and got the Frederic Eisemann Honourable Mention Award (Round of 64).

Preparing for Oxford IP. The mindset. The experience. The ambience.

My second mooting experience was when we participated at the 12th Annual Oxford IP International Moot Court Competition, 2014.

The competition consists of a qualifying memorial round where one had to submit a memo of 3000 words within 2 months of the problem being released. Only if the memorial is selected, does one get to go to Oxford to participate at the oral rounds.

The hesitation of doing this moot begun from day one.

Firstly, the two months for drafting the memo clashed with our exams as well as internships. Managing that seemed daunting enough. Secondly, from the point of view of a CV, this moot was a gamble since not breaking to the oral rounds meant no certificate or official acknowledgement that we worked on this problem.

The art of drafting unfolded before me in our two months of working on the memo. A lot was at stake, and we needed it to be top notch which challenged other memos coming in from all over the world.

Balancing exams and an internship with the moot was very difficult. Our team of 4 was all over the country and discussions meant coordinating skype/conference calls at convenient times, which went into wee hours of the night! It also meant deliberations on the phone over lunch breaks and violently typing/editing as much as possible within that one hour.

But I remember painstakingly drafting each word with a great amount of thought behind it with my team mates. We had at least 10-12 edited drafts until we came to our final memo. The final product surely made us proud, especially since we had to overcome a lot of barriers.

Other than time and internships, our biggest hurdle was lack of resources. We did not have access to any database sites which housed most of our articles. Thankfully we had a substantial number of books in our library, though not all and not necessarily the updates ones.

Case laws were hard to find since most of them needed a subscription. But we scraped whatever we could find together and were able to put it to good use. We formed a couple innovative arguments and came across a couple of very relevant case laws which we later realised was unknown to the others. It just made the effort and hardwork sweeter!

Within a month of submitting the memo, we were informed of our selection into the world rounds! What a day that was! I remember all of us being absolutely numbed by the news, followed by howls, screams and frenzied jumping. It felt good to be recognised amongst the top 20 all over the world.

Preparing for the oral rounds saw us using the same amount of dedication, hard work and perseverance. We put ourselves through daily speaking practise, being bombarded by questions, working on timing, and of course numerous lunches and oodles of shopping!

Once at Oxford, we were pitted against some of the best colleges in the world. Our convincing victory against the University of Cambridge was especially memorable! We were judged by highly distinguished litigators, solicitors, judges and academicians, and it was one of the most memorable experiences! 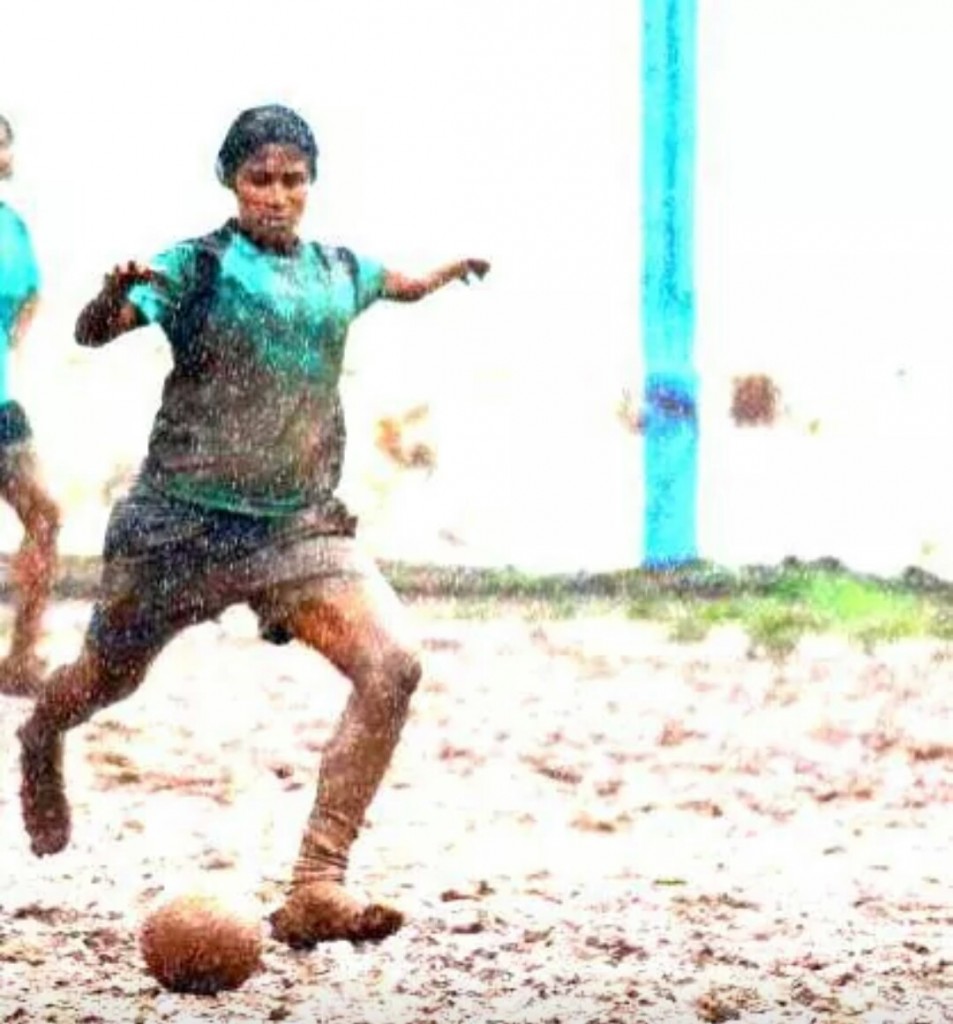 Sports. Your passion for it.

Sports has been a part of me ever since I can remember. I played cricket as a bowler for my school boys’ team and captained the volleyball team. I represented Maharashtra in football and rugby.

Once I joined ILS, I initiated to start a college football team and have coached them ever since.

Sports has taught me more than any classroom, any internship, or any other activity! Team work, dedication, pushing yourself, challenging yourself, setting new standards, I learnt it all from sports.

Not a day goes by without kicking a ball, be it on the field or at home with my cat. The thrill and adrenaline rush that playing a spot gives you is incomparable!

I think before anything, my main identity is as a sportperson.

Your experience while working as a volunteer for Euro Cup 2012.

My love for football extends to watching the game as well! In mid 2011, I randomly applied for volunteering at the EURO 2012 on the UEFA website. I forgot about it in the coming months, until December 2011 when I got my first acceptance.

I was one of the chosen candidates, through approximately million applications, to be a part of the interview round. After a couple skype interviews and completing some more formalities I was officially a volunteer at the EURO 2012, to be held at Ukraine and Poland. I had picked Donetsk as my host city and was there for the whole of June 2012.

I was in the media department and my job basically revolved around dealing with all the print media. I was made the head of the pitch department, which meant sitting behind the advertisements boards ON the field on all match days! I couldn’t have asked for anything better!

I saw Ukraine, France, England, Portugal, Spain play LIVE, right in front of me! I was sitting so close to the sidelines, I just had to lean a little to hug Gerrard, Ronaldo or Ribery!

That one month at the Donbass Arena was life changing and I made tons of friends from all over the world.

Being a university ranker. The preparation.

Before I expound on any academic pursuits, I feel the need to explain what studying under the University of Pune means.

It means demotivated students, an unchallenging syllabi and a looming fear about marks. Getting marks under this University can be one of the most difficult experiences. Not because the papers are difficult or the examiners are strict, but merely because one never knows what works for which examiners.

Through my 4 and a half years at ILS I have always studied in the same way. I make my own notes, study case laws and refer to the heavy books and also the flimsy guides. I write my papers exactly how I did in my first law exam. But never have I been given similar marks.

My academic credentials manifest a rollercoaster of sorts, from a distinction to a second class. Anyway, getting a university rank is obviously pleasing and a great boost to your CV.

I strongly believe that there is no one formula to study, and each individual should put in as much as they feel necessary for themselves.

I don’t think balancing academics and extra/co curricular activites is hard at all. I have never been the kind who studies relentlessly all day and night, cutting ties from civilization. I’ve always needed an outlet to relax and get my mind on to other things! I’m the maestro in the art of chilling! I cannot do without it.

So, I always play or go for a run even during exams or other activities. Again, one needs to find their comfort zone. Some people work better in the mornings, some at night. Some prefer long hours of working while some need frequent breaks. It’s only when you understand your own style of working can you get effective and significant amount of work done.

I enjoy the challenge and variety in doing more than one thing at once. It helps makes things less monotonous and boring. I thrive on it!

As of now, I am in the process of applying for my Masters abroad.

I plan to study for a couple more years and then wish to work as a sports litigator. I am also attracted by the prospect of being a part of the UNOSDP.

As of now, I plan to enjoy my last semester at ILS to end the past eventful 5 years with a bang!