The Centre for Business and Commercial Laws (CBCL) was established in 2008 at the National Law Institute University, Bhopal (NLIU) as a ‘Centre of Excellence’, with the aim of generating awareness and facilitating research in the field of business and commercial laws.

Recently, the Centre in collaboration with Trilegal organized the inaugural edition of the NLIU-Trilegal Summit on Corporate and Commercial Laws on the 24th and 25th August 2018. The previous three editions of the Summit focusing on key issues pertaining to mergers and acquisitions, in 2016, 2017 and 2018 were a resounding success, witnessing submissions and participation by law students from across the country.

With the help of the aforesaid initiatives and events, the Centre seeks to provide avenues for the students to explore the realm of business and corporate laws and develop the foundations required to be successful practitioners in the field of commercial and business laws.

About the CBCL Blog


The CBCL Blog is run by the Centre for Business and Commercial Laws (CBCL) with the aim of generating awareness and facilitating research in the field of business and commercial laws. We invite submissions from students and practitioners on contemporary issues relevant to the areas of corporate law, securities law, insolvency law, banking law, capital markets and securities law, arbitration law, competition law and taxation law.

The CBCL Blog has arguably become one of the most coveted forums for discussion and dialogue on aspects of commercial laws in India. Recently, The CBCL Blog has collaborated with the Law School Policy Review (LSPR) to launch the “KAIZEN” series which seeks to focus on corporate governance and its related aspects.

The posts under the “KAIZEN” series analyse recent events relating to corporate governance whilst discussing the way forward for corporate governance in India. Over the course of the next several weeks, we will be posting a number of such articles and invite all our readers to contribute their thoughts on this theme. The link to the CBCL – LSPR Series: “KAIZEN” can be found here.

Submissions for the blog shall be reviewed on a rolling basis. Authors should use endnotes and NOT footnotes. Further, the blog article must deal with an issue relevant to the aforementioned areas. Authors are advised to keep their articles concise and precise to enhance the effectiveness of their posts, ideally not more than 1500 words (excluding endnotes).

Detailed submission guidelines can be found at this page.

Authors must include their full name and institution/organisation, a link to their online profile page in the document, if possible and also the suggested category in the submission.
All submissions must be sent in an MS Word document to cbcl@nliu.ac.in.

Link to the blog is here. 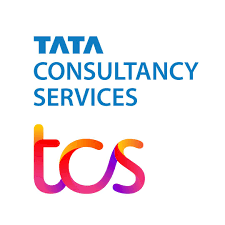