PIECE OF A MIND WITH AMPLE TIME

“He had many emotions towards his fellow men
But respect was not one of them.”

Look around your campus. Indeed it is a mini-society. A society where men pretend to give a damn about others’ lives, and those who don’t, certainly don’t remove it from their list of agendas.

A place where if you tend to follow certain ideals, there are challenges all at once.

Yes, principles are molded, and you tend to modify them as you gain experience, but there are times when you question the very purpose of those small talks, those passing smiles, and the continuous dose of pretentious apathy and forced sympathy.

And if you do make any sense of it, like my protagonist, you tend to dissociate yourself. Because there is no other way to maintain the zen.

So he did so, crawled back into his little den where he brooded and thought of things that men of his age would find not worthy of their time.

All around him people made friends, while he made contacts. Others spent on their friends, and he invested in his contacts.

Ideas poured in one after another because of the lack of time wasted. He seemed to be efficient, and maybe he was.

But after sometime he realized that these principles won’t fill his coffers. At his age he had a set of beliefs, and none were to be adapted to suit another’s level of comfort. 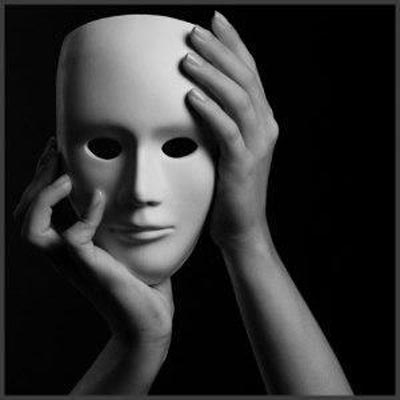 He was what he liked to term as a ‘reverse social outcast’, people around him wanted to be with him, listen to him talk and laugh. But the feeling wasn’t mutual.

What if we place this character in the legal profession?

Certainly at a primary level a self-important, narcissistic and analytical sociopath has no place in this industry.

But maybe if we tune into his perspective, to see the world for what it is, to tolerate no irrationality and to rule by the sword of logic.

Yes, you will chase your clients, partners and associates away. But you will regain yourself.

Avoiding the perpetual selling of souls, maybe at times even as a lawyer, we need to stick to our principles, let it show in our arguments, fight for a cause we believe in and shun those that take the middle ground, the safe and travelled path.

These men will never be in the majority, because they operate best when in the minority. Because when you are at a podium and addressing a crowd, to you the crowd is a collective, individual faces don’t matter; but to the crowd, you matter, and so does your voice.

To those who can take away anything from my random rain of thoughts, well that makes one of us. Or maybe not.

Rohan Mukherjee is a student at NLUO and a Campus Journalist at Lawctopus.

Are you a law student and a writer? Submit your write-ups here.

MoHFW has not suspended the PC & PNDT Act, which prohibits sex selection before or after conception.

It was also encouraging to hear from countries who are focused both on ending the #COVID19 pandemic & on thinking ahead to ensure this never happens again. We need to break the cycle of panic & neglect to strengthen national preparedness, based on the foundation of #HealthForAll.

Humbled by and grateful for the many expressions of confidence, trust and support for @WHO from countries during today's Member State briefing on #COVID19. This show of global solidarity encourages and inspires us to continue working day and night to save lives. #ProudToBeWHO