The work environment is congenial and relaxed. Raghvendra Sir encourages opinion of the interns on every matter they work on, weighs them and then discusses its viability with them.
Read More

For all those who have registered at this point we would urge for all the registration formalities to be completed so as to provide you with the allotments.
Read More

We are a real estate company based out of Santacruz West, Mumbai, and need somebody (preferably a female) for the post of Manager-Legal to manage our corporate legal affairs.
Read More 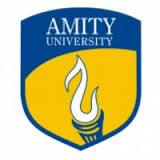 A registration fee of Rs.3,000/- shall be sent through Demand Draft in favour of G.H.Raisoni Law School payable at Nagpur along with the attested printout of the Online Registration Form.
Read More

I was in-charge of creating content for the e-mails, which was sent to different organizations and runner groups. In addition I was also creating the content for posters, which were put up on various social networking sites.
Read More 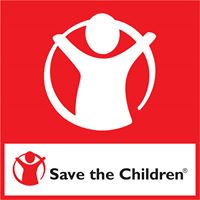 I would visit Naxalite prone villages of Jharkhand and interact with young girls who had been victims of human trafficking and learn about their experiences. By Deepshi, GNLU
Read More

I had heard a lot about the sheer brilliance and legal acumen of Hon’ble Mr. Justice D.Y. Chandrachud and so I wanted to see the man himself in action. When that opportunity came by, I became a permanent observer of the court of Chief Justice for that one week. By Ambrish Tewari, GNLU
Read More

Your identity in GNLU depends on the number of committees and the clubs that you are a part of. Academics do matter, but co-circulars rule the roast.
Read More

The internship was for Alexis Insights, the official blog of Alexis Foundation for undergraduate, and postgraduate and doctoral students interested in writing about contemporary issues in economics, public policy, psychology, law, information technology, strategy, and management.
Read More

IIM, Ahmedabad in collaboration with SRISTI and Honeybee Network is organizing ‘SHATAYU’ Generation to Generation Knowledge Sharing Competition aimed towards gathering of traditional knowledge and experience of the centenarians.
Read More

Research Associates will be paid a consolidated salary of Rs. 25000/- per month (or any revised amount as per the MHRD IPR Norms).
Read More

• Loss of life due to #COVID19
• Accidental death on account of #COVID19 related duty.

👇#FAQ's on Insurance Scheme for #healthworkers

Watch my interview with @DDIndialive at 10:00 PM - my views on action taken, preparedness & updates on #COVID19.

You can be distant and you can be social.

According to State of the World’s Nursing Report:
☑ Governments must invest in the massive acceleration of nursing education
☑ 6 million new nursing jobs must be created by 2030
☑ Investments must be made in nurse leadership

The #COVID19 pandemic underscores the urgent need to strengthen the global health workforce, of which more than 50% are nurses 👩‍⚕️👨‍⚕️.

On this #WorldHealthDay, WHO & @ICNurses @NursingNow2020 are launching the 1st ever State of the World’s Nursing Report: http://bit.ly/NursingReport2020

Today, we celebrate the work of nurses & midwives by showing our appreciation for their bravery, courage & resolve in the global #COVID19 response.

Tell us who your favourite nurse or midwife is 💐.

WHO understands that some countries have recommended or are considering the use of both medical & non-medical masks in the general population to prevent #COVID19.

On 6 April, WHO issued guidance & criteria for countries to use in making that decision 👉 https://bit.ly/3c4ku4h