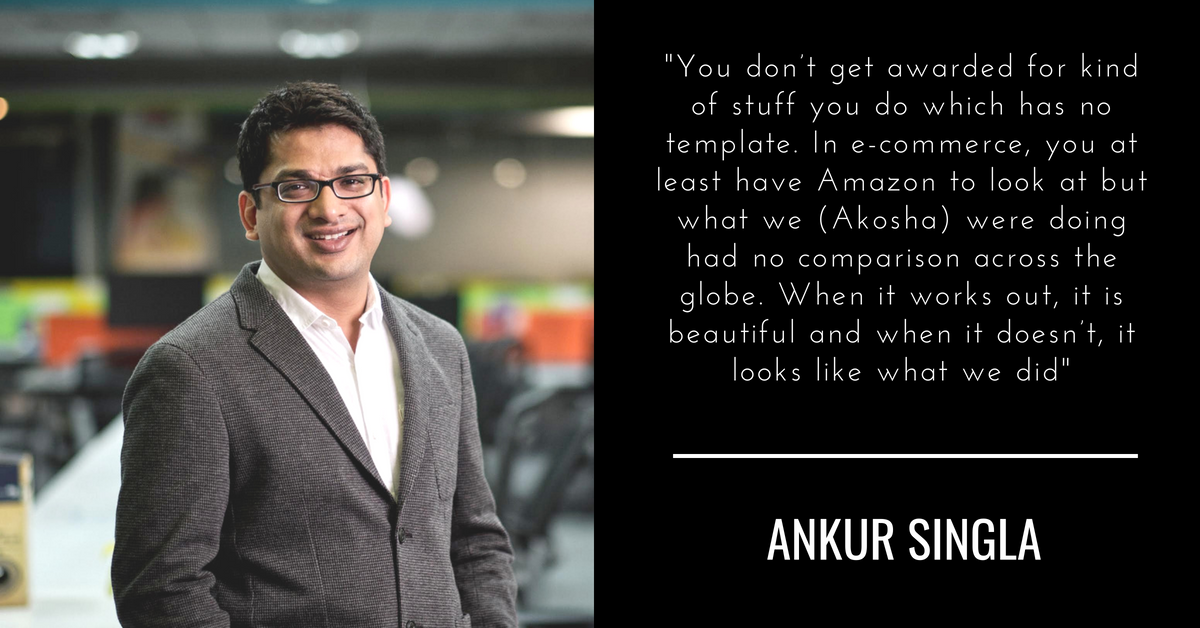 The man at the helm of Tapzo, Ankur Singla, is not a typical entrepreneur by any measure. A lawyer by profession, a misfit at heart and someone comfortable in a room full of books all by himself, Ankur often expresses his inner thoughts on his blog.

Techcrunch reported that Amazon Pay has acquired Tapzo for $40M. The news has been widely circulated. After all, fundraising and acquisitions are the favorite topics for media. But, there is a lot more to an entrepreneur’s journey than signing the papers, the rich details of which are left in the frenzy around monetary talks.

I was fortunate to talk to Ankur for my book No Shortcuts releasing later this year. While you can read more details of how he built his startup in the book, here is a sneak peek of the path that led to Tapzo exit today. The original story started in 2009.

Ankur embarked on his startup journey from Akosha (2009) which pivoted to Helpchat in 2015 and then Tapzo in 2016. It was Akosha where Ankur, the lawyer, had transformed into an entrepreneur. Someone leaving his flourishing law career in London to come back to India to start a company was not the norm back in 2009.

Ankur on being a lawyer by profession

On the way, he had to combat not only the typical startup challenges but also the drawbacks of being a lawyer.

Ankur reflected, “A lawyer is trained to think of what can go wrong. When I draft an agreement, it means that if this shit happens then you are obligated to do this and this. So your job is never to think what happens if things go right. Your brain is not wired that way. Another issue is that lawyers are very articulate and so, it’s easy for them to drink their own coolaid and bullshit. But that doesn’t change the truth on the ground. That can be a very big disadvantage also because you might have the ability to convince others but that doesn’t make it true. So, my challenges were very specific to the training I’ve had as a lawyer.”

Moving to the Metro

He moved to Delhi when he was getting fed up of hiring problems in Chandigarh. This move was not easy either.

“Delhi me pehle to rent pe jagah hi nahi milti and then I was single, had no job and on top of all that, I was a lawyer. This is the worst combination you can have,” he shared with a smile. “10-15 din to doston ke yahan reh ke roz ghar dekhe. Dhakke khaye ja rahe hain and koi ghar nahi de raha. I used to call property agent and he would say, ‘Accha aap wo black suit wale ho, nahi aapko koi ghar nahi dega.’”

He spotted an opportunity in consumer complaints market after a lot of experimentation and decided to focus solely on that in Akosha. Next, he managed to find a way to get the product built without having any technology background.

He figured how to work with consumer brands whose complaints they were receiving from the users. He just solved problems one by one till he started generating revenue. At one point, they had served more than 3 million consumer complaints and worked with 200+ brands. It was this enterprising nature of his that Sequoia had put their money on.

What very few people know is the beauty of Akosha’s business model that not only monetised consumer complaints but also monetised from the bigger brands who wanted to address their customer concerns. It was a delicate balance that many (such as Mouthshut) had failed to strike. The bottomline is that Akosha had started doing well as a business but successful entrepreneurs and investors want more.

Pivoting to chase the mobile market

The prospect of mobile penetration and faster growth made them pivot to an app called Helpchat. The idea was to not to just be a complaints platform but help customers with everything they contact a brand for. But this transition was never achieved successfully and Ankur spent what was perhaps the most grueling time of his career.

“For 3-4 months, I could not even sleep properly and would wake up shaking in my sleep around at 3 o’clock in the morning. It was just a terrible time because there were no easy answers,” he told me in the interview.

A respite came from pivoting again to Tapzo which was an aggregating app that allows the user to load multiple services within one app – hence, removing the hassle of installing ton of apps. With 40 underlying services, it reportedly reached to 5 million customers and enabled 25 million transactions. But something was clearly not working.

I remember what he said about success, “When we end up creating a product that people love, and the corollary of that would be that business also does well. I want to have that thing where people love using Tapzo. We are slowly getting there I hope. In 3 years, perhaps I would feel that, haan kuch to kiya hai.”

In the end, I would look out for what Ankur Singla does next because Tapzo is definitely not the defining story of his career.

Nistha Tripathi is the author of upcoming book on 15 highly successful Indian founders, No Shortcuts. Check out a sneak preview. Software engineer and half-MBA with passion for startups.